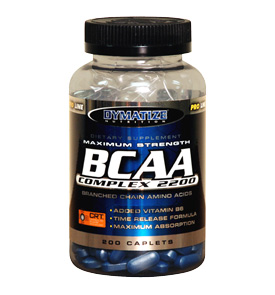 The synergistic effect of Essential Amino Acids and carb ingestion maximizes the anabolic response of resistance training by limiting the post-exercise rise in protein degradation and inhibiting post-training cortisol release. Carbs plus aminos, taken post-workout, induce muscle growth. “No sh!t,” you’re thinking… “I knew that.” Everybody who trains hard knows the deal, but how many truly practice what they preach? Beyond that, few optimize this vital window by using the right aminos best suited to ignite anabolism: essential amino acids (EAA’s).

What Is Anabolism?
Anabolism is the metabolic process that is characterized by molecular growth, such as the increase of muscle mass. Thus, it means “muscle growth” in most common bodybuilding contexts.

What Does “Nitrogen Balance” Refer To?

The difference between the amount of nitrogen taken in and the amount excreted. If you lose more nitrogen than you consume, your body will break down muscle tissue to get the nitrogen it needs (negative nitrogen state), and muscle loss occurs. If you consume more nitrogen than you lose, you will be in an anabolic (muscle building) state (positive nitrogen state). These EAA’s are able to quickly form a bolus, bypassing the liver where they directly enter into systemic circulation. In so doing, free form EAA’s can quickly exert their anabolic effects. This is important sh!t.

What Does Bolus Mean?
A single, relatively large quantity of a substance, such as a dose of a drug, intended for therapeutic use and taken orally.

A new published study (2006) further looked at the effect that essential amino acids and/or carbohydrate ingestion plays on hormonal and muscular adaptations following resistance training. A placebo group was also used in the study as a control. Blood samples were taken at 4-week intervals starting at week 0 up until week 12. The findings were proof positive of the benefits of ingesting an EAA/carbohydrate blend postworkout. Stress is a killer… It causes increased muscle protein breakdown that results in loss of muscle mass and potentially in muscle atrophy – sh!t, you need to avoid at all costs. 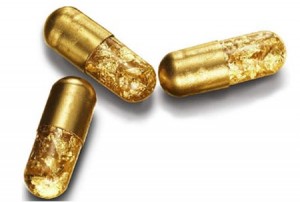 Atrophy is a decrease in size of an organ or muscle from its fully developed normal size, caused by disease or lack of use. Disuse atrophy of muscles and bones (with accompanying loss of mass and strength), can occur after prolonged immobility, such as extended bedrest. Temporary atrophy may occur in muscles that are not used, as when a limb is encased in a plaster cast. This type of atrophy can usually be reversed with exercise.

The most common stress indicator is increased blood or urinary cortisol levels. This recent study found that all groups showed a decrease in pre-exercise cortisol. However, post-exercise cortisol levels increased during each training phase for the control group, no change was shown by the straight EAA, while carbohydrate and carbohydrate plus EAA showed post-exercise decreases in cortisol. This demonstrates that carbohydrates can play an important role in lowering post-workout cortisol levels. However, upon further examination, it is clear that the ideal scenario does not provide for the ingestion of carbohydrates alone… But you already knew that.

What Does Catabolism Mean?

Catabolism refers to the metabolic process that is characterized by molecular breakdown and energy release, such as the decrease of muscle mass. Thus, it means “muscle loss” in many common bodybuilding contexts. Since muscle contains the largest level of 3-methylhistidine in the body, urinary levels relate directly to muscle breakdown… In other words, the more of it in your piss, the more catabolic you are. The EAA and carbohydrate blend showed a 26% decrease in 3-methylhistidine while the placebo showed an increase of 52%. Once again, this shows that EAA’s and carbs, working together, have a positive anabolic effect by blunting protein breakdown.

This new study shows the synergistic effect of EAAs and carb ingestion maximizes the anabolic response of resistance training by limiting the post-exercise rise in protein degradation and inhibiting post-training cortisol release. Bottom line: EAAs with carbs can help you limit cortisol release and minimize catabolism allowing you to recover and add muscle more quickly. This study reiterates what you fellas already knew – the advantages of taking in amino acids and carbohydrates post-workout, while effective individually, are weak when compared to the amplified benefits of ingesting them together. The key here is, of course, using the right aminos – in this case, the essential amino acids. EAA’s, when combined with a carbohydrate drink immediately post training, can dramatically improve anabolic response to, and recovery from, resistance training.