If you’re dragging on a regular basis, you might want to check your diet. Some foods, hello, Mr. Croissant? can leave you feeling more inflated than energized, while others make you feel like you’re Michael Phelps swimming in a pool of Red Bull. To prevent an energy crisis, try these naturally invigorating foods that can also turbo-charge your health. 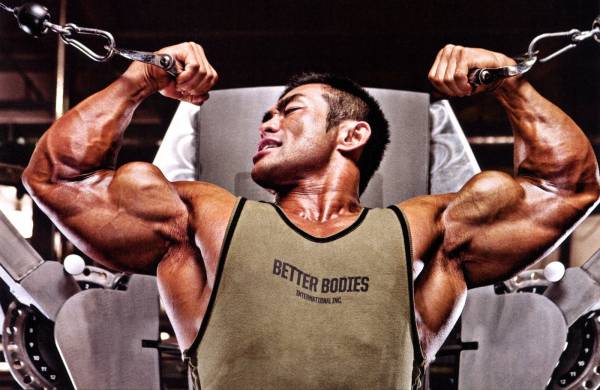 When healthy college students were given a quercetin supplement for seven days, they experienced greater oxygen uptake and reduced exercise fatigue than when they didn’t take it, according to a study published in the International Journal of Sports Nutrition & Exercise Metabolism. A compound found in apples, buckwheat and red onions, quercetin is believed to have anti-inflammatory and cell-energy activation properties that benefit health and boost exercise endurance.
Preparation Tips:

Keep the apple peeler in the drawer since the skin contains most of the fruit’s quercetin.

This easy-to-digest, portable fruit is a good mix of fast- and slow-digesting carbohydrates to provide both immediate and long-lasting energy. No wonder they’re a popular choice pre-workout. After exercise, the body uses these carbs to replace glycogen stores. And, of course, bananas are famous for their potassium, a mineral involved in muscle contraction. Insufficient potassium can cause fatigue, cramping and dehydration.
Preparation Tips:

Pick up a bunch of overripe bananas at the grocery store. Puree them, then fill ice-cube trays with the mixture and freeze. Add to your post-workout protein shake.

Protein-packed bison (also known as buffalo) is lower in saturated fat–just I gram in 3 ounces of a lean cut–and higher in omega fats than many cuts of beef. Put to pasture later in life, bison accumulates more iron than cattle and iron produces hemoglobin, which helps transport oxygen to muscles. So if your iron levels are low, your muscles don’t get enough oxygen and your energy tank drains quickly. Like beef, bison provides a healthy dose of energizing B vitamins, creatine and zinc. And the meat is quite flavorful.
Preparation Tips:

It’s easy to overcook bison because it’s so lean, so mix soaked bread crumbs or cooked rice into ground bison to add moisture. Prepare steaks to an internal temperature of no more than 160 degrees F.

Aside from being a first-rate source of lean protein and iron, no food has more vitamin [B.sub.12] than clams. Vital for maintaining healthy nerve and red blood cells, [B.sub.12] also lends a hand in making DNA, including the cells involved in energy metabolism. In addition to fatigue, low [B.sub.12] levels can cause brain function to diminish, say University of Oxford (UK) scientists. Clams are also a good source of the amino acid tyrosine, which the body uses to produce norepinephrine, a neurotransmitter that keeps your brain alert and reduces the effects of stress.
Preparation Tips:

Place clams in a bowl of cold water and shake gently, then transfer to clean water. Repeat until water is no longer dirty. Bring I cup of water to a boil in a large saucepan. Add clams, reduce heat to medium, cover and steam for five minutes or until clams open. Discard unopened clams. 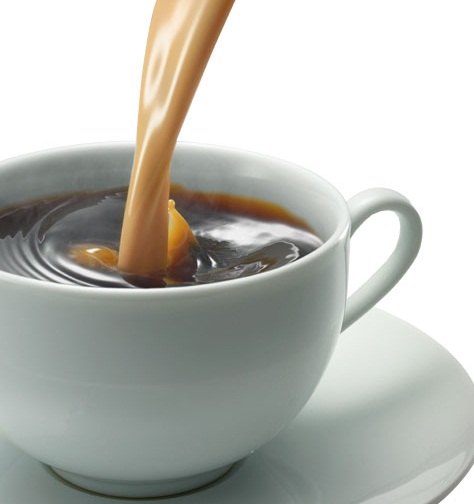 The caffeine in a cup of java is widely known to stimulate the sympathetic nervous system to quickly boost your alertness, endurance, energy and mood, and it appears to have more of an effect on men than women, reports a University of Barcelona (Spain) study. Other studies have shown that taking caffeine before training can increase one-rep max performance and decrease postworkout muscle pain, possibly by blocking the body’s receptors for adenosine, a pain-stimulating chemical found in most tissues, including muscles.
Preparation Tips:

Skip the cream and sugar. Instead, use evaporated milk, low-fat milk or the calorie-free stevia-based sweetener Truvia. Or take 200-400 mg of a caffeine supplement one hour pre-workout.

Eggs are loaded with the essential amino acid leucine, a key element in muscle-protein synthesis that can also generate energy during exercise. The top-notch protein in eggs delays the absorption of sugar from breakfast staples such as cereal and toast, keeping your energy steady for hours. As a bonus, eggs contain several B vitamins required for energy production.
Preparation Tips:

Here’s a cool new way to cook eggs: Heat your grill to medium and place eggs directly on the rack. Cook for about 10 minutes or until shell is golden brown.

If you find raw kale too bitter, saute it for 3-4 minutes in garlic, sesame oil and a splash of lemon juice or balsamic vinegar. Serve it warm as a side dish.

Replenishing protein and carbs after a workout is the best way to keep up your energy and endurance for your next gym session. Try adding I tablespoon of molasses to your postwork-out protein shake. Its fast-digesting sugars will help restock levels of muscle glycogen, and its B vitamins, iron, magnesium and potassium will give you an energy boost.
Prep Tip:

The carbs in fiber-packed oatmeal are released into the bloodstream gradually, keeping energy levels even and appetite under control. By helping stabilize energy levels, unflavored oatmeal protects muscle glycogen–the body’s chief fuel source–during intense training. In fact, a study in the International Journal of Sports Nutrition & Exercise Metabolism reported that men eating a low-glycemic meal three hours before exercise had better endurance and fat oxidation than those who ate a high-glycemic meal.
Preparation Tips:

Mix half a scoop of protein powder, sliced banana and walnuts into your oatmeal for a killer pre-workout snack.

The other white meat is just as versatile and succulent as its beef counterpart but much less expensive. Even better, you end up with one-third less fat on your dinner plate, the same amount of protein and way more riboflavin and thiamin, two B vitamins your body uses to convert the food you eat into energy.
Preparation Tips:

Brining keeps low-fat tenderloin moist during cooking. Submerge meat in a large container of water, add I tablespoon of coarse salt per cup of water and soak 3-4 hours.

These jack-o’-lantern castoffs are a stellar source of magnesium, an under-consumed mineral critical to hundreds of biochemical reactions including blood-sugar control, energy metabolism, muscle function and protein synthesis. In an experiment done at the USDA’s Human Nutrition Research Center, subjects with magnesium deficiencies were found to have higher heart rates and needed more oxygen during exercise, both of which tire out muscles more quickly.
Preparation Tips:

Toast pumpkin seeds in oven until golden brown, and sprinkle on chili, oatmeal, salad or soup.

Processed carbohydrates such as white bread, pasta and rice will ultimately drag you down. When you need a side-kick for your chicken breast, opt for slow-digesting whole grains such as brown rice, millet or quinoa. Since these foods take awhile to break down, they trigger fewer fat-storing hormones and help maintain energy, which promotes muscle recovery and growth. Choose South American quinoa because it has the most protein of any grain.
Preparation Tips:

Quinoa requires only half the cooking time of brown rice. In a medium saucepan boil 2 cups of water. Add I cup of dry quinoa, cover and simmer until the water is absorbed–about 15 minutes.

Walnuts are one of nature’s biggest rock stars–they’re veritable treasure troves of vitamins and minerals. Their unsaturated fat slows digestion, which gives your brain and muscles a steady supply of energy throughout the day. Because walnuts are calorie-dense, noshing on a handful can keep you feeling full longer and help you get the calories you need to pack on muscle. Plus, no other nut delivers a bigger bonanza of fat-torching omega-3 fatty acids than walnuts.
Preparation Tips:

If you don’t imbibe in coffee but still want a preworkout jolt, pour yourself a glass of Argentina’s national drink. Produced from leaves of a South American shrub, mate tea naturally brews up three different stimulants: caffeine, theobromine and theophylline. And since each cup of brewed loose-leaf mate has roughly 85 mg of caffeine compared to 135 mg in coffee, it’s a pick-me-up that won’t give you the jitters.
Preparation Tips:

If you find mate too bitter or grassy-tasting, cut it with citrus juice or steep it in hot water. 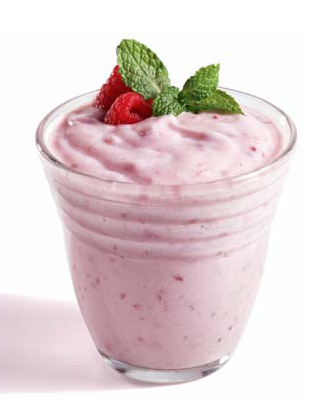 Probiotics (intestine-friendly bacteria) are the most widely known nutritional benefit of yogurt. It’s also loaded with zinc, which is vital in nearly 100 different chemical reactions including energy and testosterone production, immune function and muscle-protein synthesis. Low zinc levels can prevent proper thyroid functioning, which can slow your metabolism and make it more difficult to shed bodyfat.
Preparation Tips:

Thicker and creamier Greek-style yogurt has up to twice the protein of regular yogurt.