Simplyshredded.com prides itself on its high quality articles from some of the best and well known writers/bodybuilders/trainers in the industry. Here is a full list of the authors and contributors of Simplyshredded.com 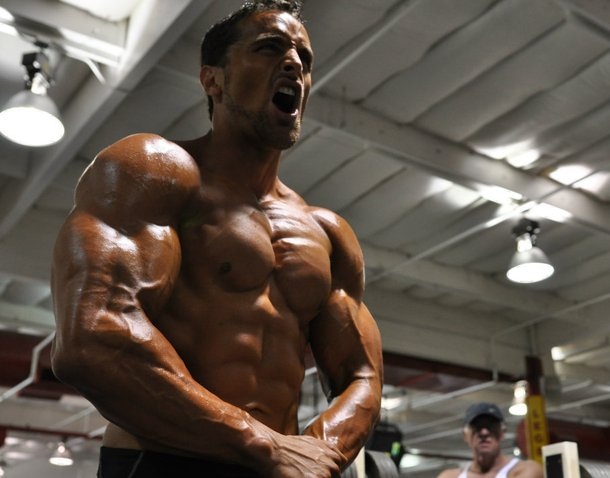 Layne is a natural pro bodybuilder who just happens to also be interested in the science behind bodybuilding. He is currently working on his PhD at university of Illinois specializing in skeletal muscle protein metabolism. Layne Norton has been considered to be everyones favourite natural bodybuilder. I have set the new APA Raw Deadlift record of 645 lbs in the 220 lb class at the 2009 APA Crush Cupid, as Powerlifting is also another passion of mine. 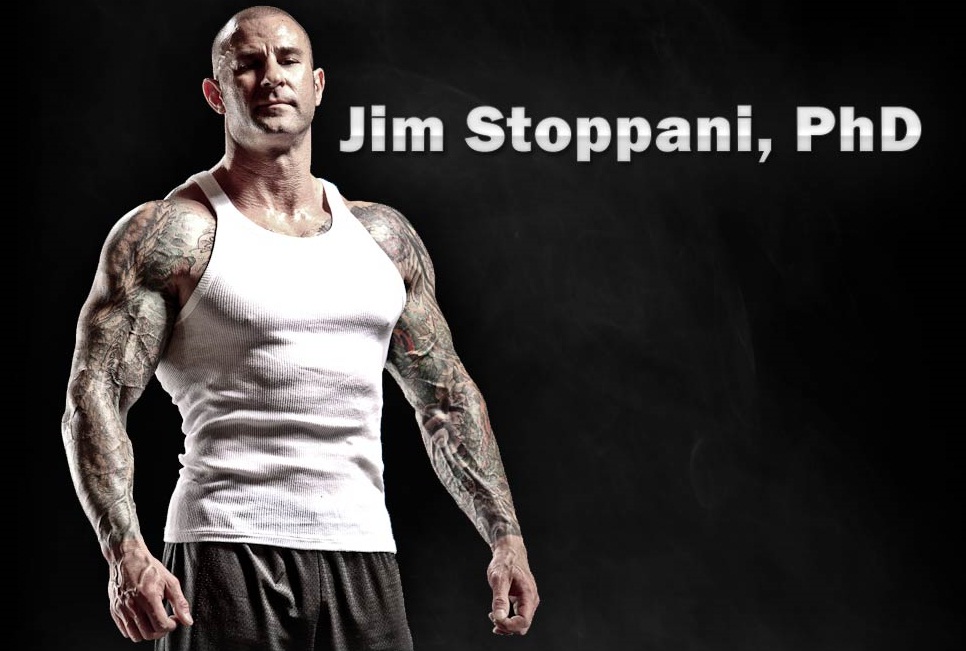 Dr. Jim Stoppani received his doctorate in exercise physiology with a minor in biochemistry from the University of Connecticut. Following graduation, he served as a postdoctoral research fellow in the prestigious John B. Pierce Laboratory and Department of Cellular and Molecular Physiology at Yale University School of Medicine, where he investigated the effects of diet and exercise on gene regulation in muscle tissue. He was awarded the Gatorade Beginning Investigator in Exercise Science Award in 2002 by the American Physiological Society. Currently, he serves as senior science editor for Muscle & Fitness, Muscle & Fitness Hers and Flex magazines and is the host of the popular online training and nutrition video series Muscle & Fitness Raw!

Jonathan has been training for 14 years, competed in numerous bodybuilding competitions and has been a member of the IRON MAN Training & Research Center for 10 years. He wrote “20 Pounds of Muscle in 10 Weeks” and contributes to the POF-based “Train, Eat, Grow” series which appears monthly in IRON MAN Magazine. 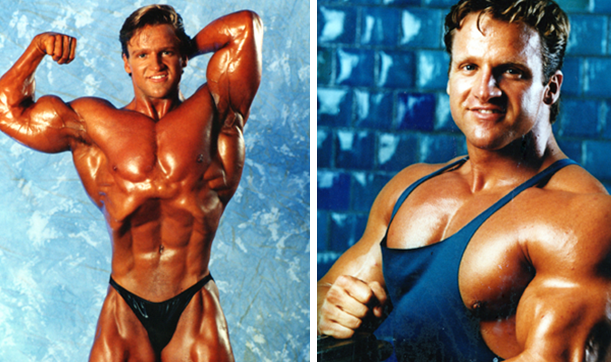 Having won the Collegiate Mr. America while graduating with highest honors from Springfield College with a degree in Applied Exercise Science, Chris turned his attention to coaching other bodybuilders and consulting with other athletes and personalities. Among his most successful clients include Arnold Schwarzenneger Classic Champion, Mike Francois, Night of the Champions Winner, Jay Cutler, boxing champ, Evander Holyfield, and singing sensation David Lee Roth. In addition to guiding Laura Creavalle’s training and nutrition programs from 1989-1999, Aceto was the Director of Nutrition at Club Creavalle Fitness Weekends from 1992-1999. His articles on training, nutrition, fat loss and general health can be found regularly in Muscle and Fitness, FLEX and Muscle and Fitness HERS magazines. 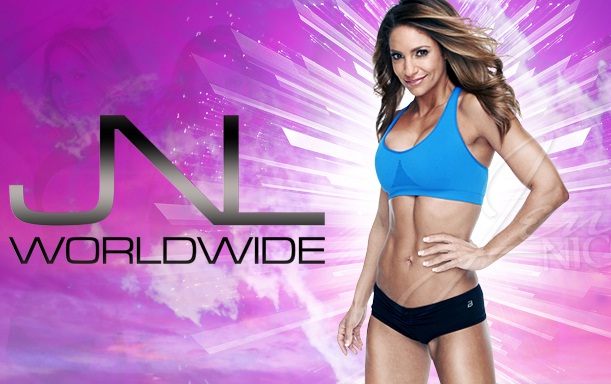 Jennifer Nicole Lee is not just a fitness model. She is a high profile leader in the fitness and wellness industry and heavy hitting CEO of her multi-million dollar empire, JNL, Inc. Currently, JNL is appearing in over 100 different countries on TV, her voiced being dubbed into over 20 different languages-all thanks to her #1 global hit, the Ab Circle Pro. Don’t be fooled. JNL is not just some hired talent for the Ab Circle Pro. She is part partner, creator, and designer of the Ab Circle Pro, which is currently ranked #1 worldwide as the best selling exercise equipment to date. JNL, Inc teamed up with her partners to create the exercise equipment of the future-and take its success on an international level. She makes monthly appearance to over 90 million households on the #1 interactive shopping chanel, HSN. On Independence Day, July 4th 2009, JNL created a brand new division to her empire, entitling it “JNL World Wide, Inc.-thus marking the new found freedom of taking her fitness passion to over 100 different countries. 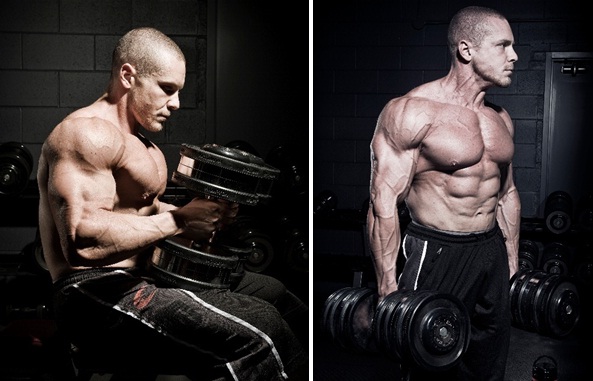 It was started by me, Marc Lobliner and a few close allies. I worked my way up to Personal Training Coordinator for Bally Total Fitness while in college and soon got recruited to work my dream job, the place that started it all – Weider Publications! I spent 5 years at Weider Publications in charge of Endemic Business Development and as a Senior Account Manager. Marc Lobliner is also the President of Scivation and PrimaForce and is always interested in helping others achieve thier goals. 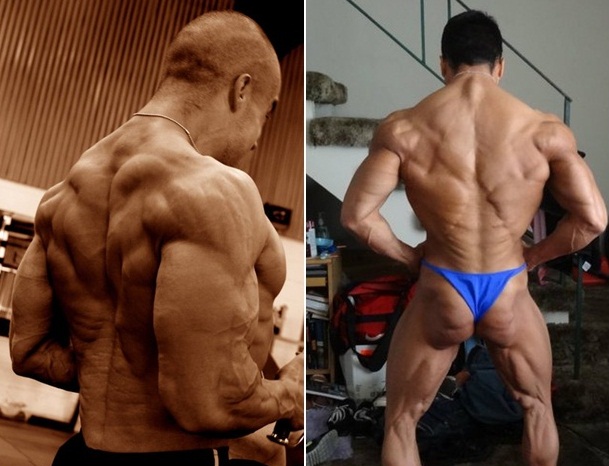 My name is Alberto Nunez, I am a 27 year old lifetime natural bodybuilder. I started competing in bodybuilding in 2007, and quickly moved up the amateur ranks. Earning pro cards in the PNBA, NGA, and finally earning my WNBF Pro card as a light weight in the INBF Capital City show in 2008. Considering where I started, or rather how small I started, the fact that I am bodybuilding is still something that is hard to believe at times. Even more is the fact that I have indeed found some success in this sport. I attribute this to hard work, and a passion for this sport. I apply my work ethic to scientifically sound approaches to my training, nutrition, and supplementation. I have spent a great deal of time over the years researching, and learning, sifting through what is often sensationalism, and pseudo-science based approaches that plague this sport. This has been the biggest key to my success. 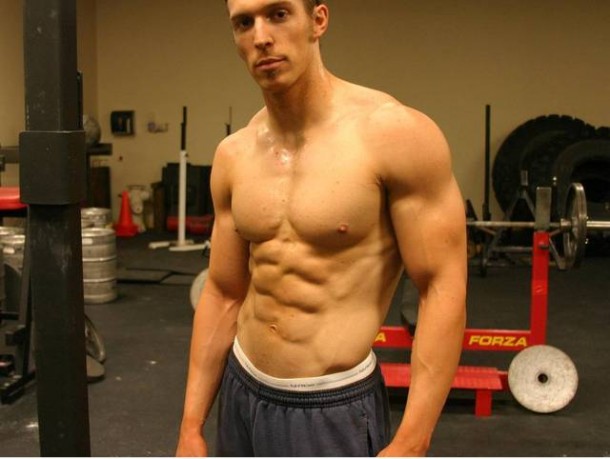 Eric began his journey into bodybuilding at six foot, 170lbs at the age of 21. Not being gifted with the classic mesomorphic herculean build, Eric forged his physique through determination, desire, dedication, and a commitment to learning the science of gaining muscle and losing bodyfat. Eric began competing in Raw Powerlifting in 2006 and Natural Bodybuilding in 2007, earning his pro card in 2011. He holds as BS in Fitness and Wellness and multiple advanced certifications in personal training, performance enhancement and strength and conditioning. Eric is pursuing both a Masters Degree in Exercise Science and a Masters Degree in Physical Activity and Nutrition en route to moving to New Zealand in 2012 to obtain his PhD in Strength and Conditioning. Since 2001 Eric has been a personal trainer, strength coach, nutrition consultant, and bodybuilding contest preparation coach. He has worked in the Air Force fitness program, in the private sector at gyms, personal training studios, medical fitness studios, as a multisport strength and conditioning coach, as a trainer at a sports medicine, rehab and pain management clinic and now most recently as a part of Team 3DMuscleJourney.com. As a part of his commitment to excellence and science-based, no nonsense bodybuilding, Eric is proud to be a contributing author to Simply Shredded.

Alan Aragon has over 15 years of success in the fitness field. He earned his Bachelor and Master of Science in Nutrition with top honors. Alan is a continuing education provider for the Commission on Dietetic Registration, National Academy of Sports Medicine, American Council on Exercise, and National Strength & Conditioning Association. Alan recently lectured to clinicians at the FDA and the annual conference of the Los Angeles Dietetic Association. He maintains a private practice designing programs for recreational, Olympic, and professional athletes, including the Los Angeles Lakers, Los Angeles Kings, and Anaheim Mighty Ducks. Alan is a contributing editor and resident Weight Loss Coach of Men’s Health magazine. His book Girth Control is considered to be one of the most in-depth manuals for improving the body and understanding nutrition for fitness & sports. Last but not least, Alan writes a monthly research review providing critical analysis and practical application of the latest science on nutrition, training, and supplementation.