Less is more … except when it applies to things you really don’t enjoy, that is. 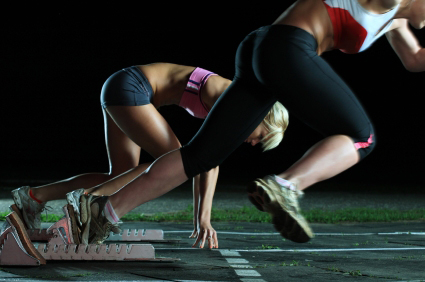 Take cardio, for example. How much cardio does it take to burn through that stubborn layer of fat lingering around your abdomen?

Copious amounts–or at least that’s what it feels like at times, since the most pervasive methodology behind fat-burning involves seemingly interminable sessions of cardiovascular activity done at a sustained rate. Where cardio is concerned, the theory has always been more is more.

But all that’s about to change.

What would you say if we told you that the latest scientific research suggests shorter cardio sessions for crazy fat loss? How would you feel if you could actually end up burning more fat in the long run while holding on to more of your iron-wrought muscle? You can go ahead and smile–because it’s entirely true. High-intensity interval training, or HIIT, is on the fast track to becoming the standard for steady and sustained fat loss.

With HIIT, the workouts are shorter, yes, but you’ll actually be working harder than the guy on the treadmill next to you. HIIT is what it says high-intensity and the results are undeniable. If you’re used to wearing a heartrate monitor to judge the efficiency of your cardio, shelve it you won’t need it.

By cycling between bouts of all-out effort and short stretches of active recovery, a mirror will be all you need to gauge your progress. 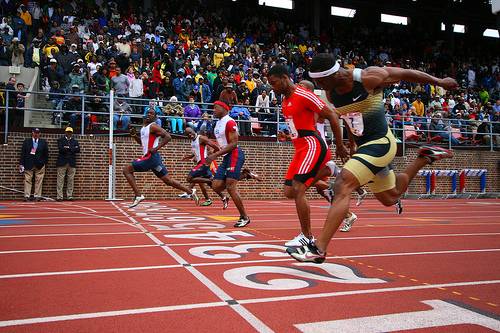 Bodybuilders and others have long used steady-state cardio, which involves low- to moderate-intensity exercise performed at 60%-70% of one’s maximum heart rate (MHR), to whittle away bodyfat. Trainers and other experts argue that since lower-intensity cardio exercise burns a higher percentage of fat for energy, slow and steady indeed wins the race. HIIT cardio, on the other hand, involves intervals of high-intensity exercise–at a rate near 90% MHR–followed by intervals of slower-paced active recovery. Anecdotal reports and early research on HIIT went against the steady-state establishment, claiming that it was the superior method of cardio for losing fat. And the exercise community, likely looking for a way to collectively limit its time on a conveyor belt, felt it was time for in-depth science to put an end to the developing debate. What they found, time after time, was that HIIT cardio was the best way to lose fat, despite the fact that it required less total time.

One of the earliest studies, done by researchers at Laval University (Ste-Foy, Quebec, Canada), kept it basic, using two groups in a months-long experiment. One group followed a 15-week program using HIIT while the other performed only steady-state cardio for 20 weeks. Proponents of steady-state training were pleased to hear that those subjects burned 15,000 calories more than their HIIT counterparts. Those who followed the HIIT program, however, lost significantly more bodyfat. A 2001 study from East Tennessee State University (Johnson City) demonstrated similar findings with subjects who followed an eight-week HIIT program. Again, HIIT proved to be the better fat-burner–subjects dropped 2% bodyfat over the course of the experiment. Meanwhile, those who plodded through the eight weeks on a steady-state program lost no bodyfat.

The most recent study, out of Australia, reported that a group of females who followed a 20-minute HIIT program consisting of eight-second sprints followed by 12 seconds of rest lost an amazing six times more bodyfat than a group that followed a 40-minute cardio program performed at a constant intensity of 60% MHR. 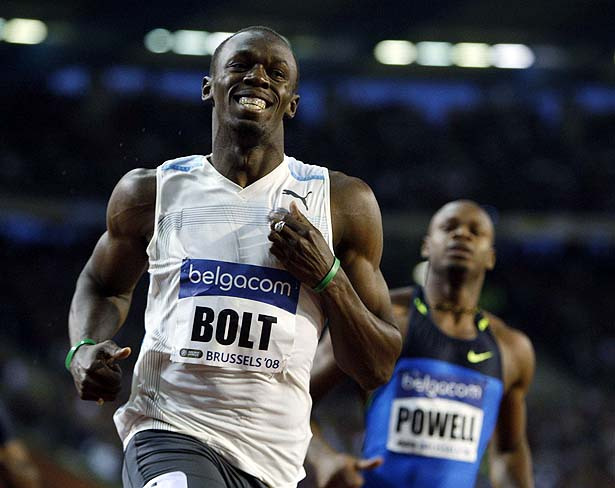 Turn Up The HIIT

So what is it about HIIT cardio training that sends bodyfat to the great beyond? There are actually several reasons, but the first and perhaps most important involves its effect on your metabolism.

A 1996 study from Baylor College of Medicine (Houston) reported that subjects who performed a HIIT workout on a stationary cycle burned significantly more calories during the 24 hours following the workout than those who cycled at a moderate, steady-state intensity due to a rise in resting metabolism. Why? Since HIIT is tougher on the body, it requires more energy (read: calories) to repair itself afterward. The previously mentioned 2001 East Tennessee State study found that test subjects in the HIIT program also burned nearly 100 more calories per day during the 24 hours after exercise.

More recently, a study presented by Florida State University (Tallahassee) researchers at the 2007 Annual Meeting of the American College of Sports Medicine (ACSM) reported that subjects who performed HIIT cardio burned almost 10% more calories during the 24 hours following exercise than a steady-state group, despite the fact that the total calories burned during each workout were the same. 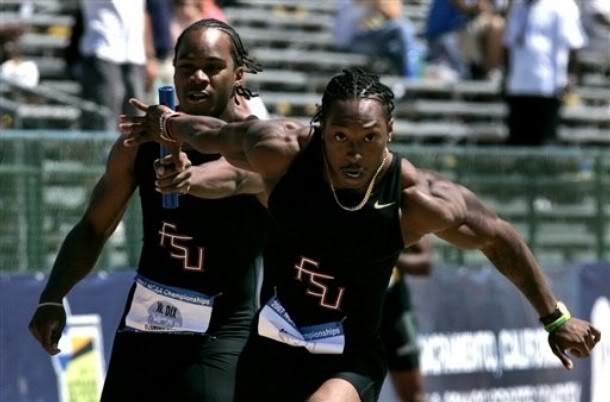 What else the research confirms

Research also confirms that HIIT enhances the metabolic machinery in muscle cells that promotes fat-burning and blunts fat production. The Laval University study discovered that the HIIT subjects’ muscle fibers had significantly higher markers for fat oxidation (fat-burning) than those in the steady-state exercise group. And a study published in a 2007 issue of the Journal of Applied Physiology reported that young females who performed seven HIIT workouts over a two-week period experienced a 30% increase in both fat oxidation and levels of muscle enzymes that enhance fat oxidation. Moreover, researchers from the Norwegian University of Science and Technology (Trondheim) reported that subjects with metabolic syndrome–a combination of medical disorders that increases one’s risk of cardiovascular disease and diabetes–who followed a 16-week HIIT program had a 100% greater decrease in the fat-producing enzyme fatty acid synthase compared to subjects who followed a program of continuous moderate-intensity exercise.

The bonus to all this research is discovering that shorter exercise sessions will allow you to hold on to more muscle. Pro physique competitors often have to walk a fine line between just enough and too much steady-state cardio because the usual prescription of 45-60 minutes, sometimes done twice a day precontest, can rob muscles of size and fullness. Short, hard bursts of cardio, on the other hand, will help you preserve your hard-earned muscle mass. To illustrate the point, think about the size of a marathon runner’s legs compared to a sprinter’s legs–the sprinter, whose entire training schedule revolves around HIIT, possesses significantly more muscular thighs.

In the event you choose cycling as your primary method of HIIT cardio, you can actually add leg mass because of the increased recruitment of the growth-crazy, fast-twitch fibers in your thighs. 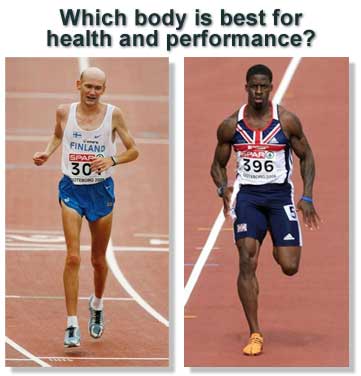 HIIT could be the only way to train for people looking to lose fat while adding and/or preserving muscle mass.

No one enjoys doing cardio, but it’s a necessary component of reaching your physique goals. But that doesn’t mean it needs to be monotonous to be effective, and we’ve shown you the science to prove it. Turning up the heat on your workouts with HIIT will keep your gym time feeling productive while speeding up your fat oxidation–and in less time than you’d normally spend doing cardio.

If steady-state is the four-door sedan of cardio, HIIT is the Porsche–it’s sexier, and there’s enough under the hood to keep you blowing past the guy next to you. 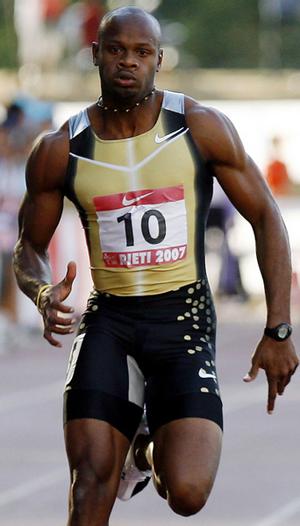 Doing cardio after weights or in the morning on an empty stomach will burn the greatest amount of fat. During both of these times your body is slightly carb-depleted, making fat the primary fuel source for energy.

If you do cardio first thing in the morning, have a half-scoop of whey protein (about 10 grams) mixed in water or 6-10 grams of mixed amino acids before your session. This will help ensure that your body draws most of its energy from fat and these fast-digesting supplements instead of your muscle.

A fat-burning stack of caffeine and carnitine will enhance the amount of fat you burn during exercise.

Take 200-400 mg of caffeine along with 1.5-3 grams of carnitine (in the form of L-carnitine, acetyl-L-carnitine or L-carnitine L-tartrate) 30 minutes before your session.

Make it an uphill climb

Consider working hills into your HIIT cardio to add more detail to your hams and glutes. If you don’t have hills available, adjust the incline on a treadmill to simulate it. Be sure to drop the incline to level, or zero, during low-intensity intervals.

Get in and out

Adjust for the lag

During intervals on a treadmill, there will be a slight lag time as the machine adjusts to the change in speed: By the time the treadmill is up to running speed, the fast interval portion is almost over. To keep your intensity high, begin the sprint portion of the interval when the machine has reached your target speed.

You can do this by counting seconds once the target speed is reached, or by straddling the sides of the treadmill as it gets up to speed. 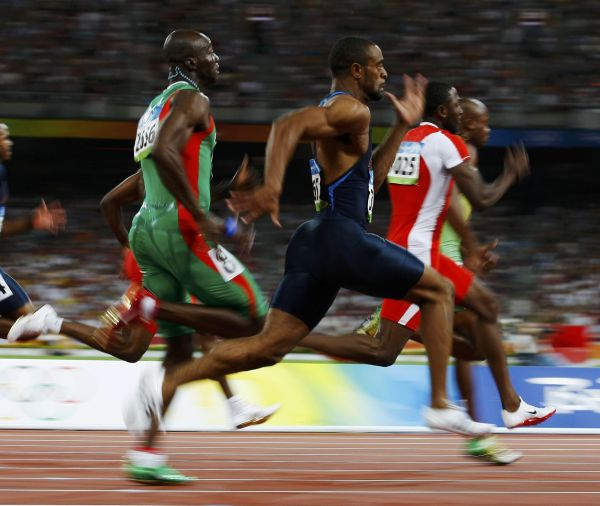 Making HIIT Work For You

Below is a sample HIIT cardio workout. The training modes listed here are merely examples; feel free to substitute other cardio choices. The mode of training isn’t as important as the method you use. Each sprint, whether on foot or a stationary cycle, indicates an all-out effort. The active recovery intervals should be slow enough to get you ready for the next sprint.

Start using this workout to fine-tune your fat-fighting machine. 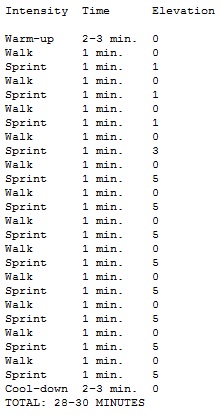