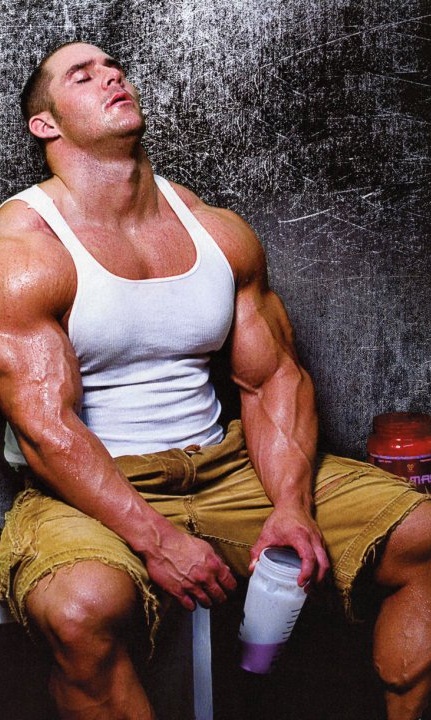 For one thing, it’s just not cool. For another, anxiety whips up a hormonal stew that’s not exactly muscle-friendly. Adrenaline and Cortisol pull your body’s attention from grooming and preserving muscle to, you know, running for your life or whatever. So, since we want to make sure you look as cool (and muscular) as possible, we try to help you avoid ever finding yourself in a panic.

We don’t know about you, but nothing brings us closer to the edge of hysteria than realizing we left our postworkout shake at home, a good 45-minute commute from the gym. We’ve repeated the same message time and again, varying it slightly for effect: “The most important nutritional window is 30 minutes on either side of a workout.” “You must properly feed your muscles for them to grow.” And even, “You can train five hours a day, but if you don’t eat properly, you’ll still end up looking like a 12-year-old.” But life gets crazy, and the perfect pre-or postworkout meal doesn’t always make it into your gym bag. When that happens, there’s a good alternative to panicking: finding a suitable substitute. 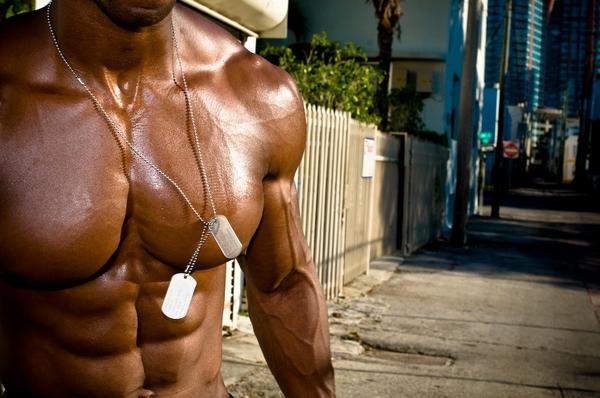 Fast food is fast, and it’s also everywhere, which comes in handy when you’re halfway to the gym before you realize you don’t have that familiar whey after-taste tickling your tongue. But instead of just pulling into the first drive-thru you spot, there may be one establishment you should aim for over the others. 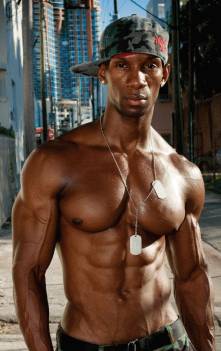 If you want more proof that you can actually get passably healthy food these days at fast-food outlets, this is it. Just about every national chain offers a turkey or grilled chicken sandwich, and almost all of them would be fine in a pinch. Yet a key component of preworkout nutrition is the slow-digesting carbs that’ll provide the fuel to carry you through your training session without spiking insulin levels. That generally means fruit or whole grains, both of which are still hard to come by from out of a drive-thru window. Of these options, the Arby’s sandwich has the most protein (34 grams) and a tolerable amount of fat (9 grams), and even though it’s not served on a whole-wheat bun, it contains 4 grams of fiber.

You know how it is: When your supervisor wants to see you in his office, you go, no matter how much it interferes with your plans for the evening. And that’s how you find yourself in this situation. Even though you left the office much later than planned, you’re never one to shrug off a workout, so you hit the gym like a good simplyshredded.com reader. Now it’s 8:30 p.m. and your dinner reservation is for, uh, 8:30, so you have no time to make it home for either a shower or your postworkout shake. When you hit the table slightly damp and apologize for your tardiness, what should you order as an appetizer?

It doesn’t matter what you normally like to eat; you’re in the prime postworkout period, and you have to take advantage of that. “But calamari is pure protein, with a crispy coating of carby breading,” you whine. And we roll our eyes and say, “Oh, come on. That pure protein and carbs are dunked in pure fat, making their delivery to your poor, hungry muscles way too slow.” The salad is obviously a healthier option, and it might be acceptable after training if it weren’t for all that low-carb lettuce. Instead, opt for the dinner roll and shrimp cocktail. The shrimp is a fast, lean protein source, and the roll provides quick carbs to refuel your spent muscles.

You just finished showing those weights who’s boss, but then a text message shows you who’s yours. Your girlfriend’s under the weather and you’re fresh out of Advil, so you know your next stop is the 24-hour store, the only purveyor open this late. The problem is that you normally rush straight home to get in your post-training protein and carbs, so this impromptu trip will put you outside the optimal postworkout nutrition window. No problem; the convenience store should have what you need. What do you buy?

You thought the RTD was the obvious answer, right? We’ll give you honorable mention for that one, with this warning: Some brands of RTD have a seriously high fat content, which is definitely out right after workouts. Bananas are also out post-training because their carbs are of the slow-digesting variety, and you want something fast. Needless to say, doughnuts are also too fatty, though the beef jerky is a decent protein source (albeit a tad slow-digesting) before or after workouts. Instead, grab the chocolate milk. Given the situation, it’s the best combination of fast (whey) and slow (casein) proteins and fast carbs (sugar).

Well done, soldier. You remembered to grab your shaker before leaving the house, which means you’ll be all set for protein after your appointment with the iron later tonight. Sadly, you weren’t quite with it enough to also remember the fast-burning carbs that’ll drive that protein into your ripped-up muscles. Happily, your office is equipped with a vending machine, offering you one chance to complete your postworkout meal. Which button should you push?

The goal is fast carbs, not heaping gobs of fat, which is exactly what you’ll get if you opt for the cookies. One vending-machine variety contains 9 grams of fat, 1.5 grams of it trans fat, and that’s for only half the bag. Eat the whole thing and you’ve consumed a vat of trans fat on top of 50 grams of carbs. The M&M’s aren’t much better, with 34 grams of carbs and 10 grams of fat. The Rice Krispies Treat, however, contains just 5 grams of fat, which means its 37 grams of carbs will hit your bloodstream in a fairly speedy manner, pushing with it that protein you so shrewdly remembered.

You read this magazine enough to know that caffeine is an excellent preworkout supplement. It boosts energy, increases strength and can even reduce muscle pain during and after training. So when in line at your local Dunkin’ Donuts to purchase your large fat-free latte, you realize you’ve forgotten all the other components of a good preworkout meal. What should you buy?

B) Ham and Swiss sandwich

Shocked that something containing ham could be the winner? We like where you were going if you picked either of the other choices, though. Both have the potential to contain slow-burning carbs, but the smoothie is low on protein (only 7 grams) and very high-carb (75 grams).

Meanwhile, the wheat bagel with cream cheese is also high in carbs (69 grams) slightly low in protein (16 grams) and ends up being higher in fat than the sandwich, which boasts 23 grams of protein, 44 grams of carbs and a fairly low 11 grams of fat.