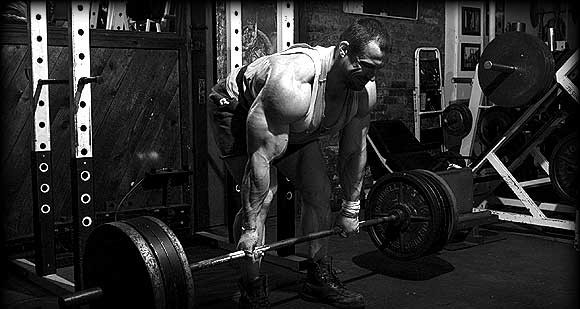 These principles were then organized into a “method” of mechanically loading the muscle to induce hypertrophy. Of course, translating these principles into applicable methods (sets & reps & schedules) brings in some possibility of error. As the science continues to explore the exact mechanisms of muscle hypertrophy, this error will be whittled away.

The Beginning Of HST

I didn’t start out knowing how muscles grew. After all, it is a process that cannot be observed with the naked eye. In the beginning I simply did what others were doing. Then, I began reading muscle magazines and buying books. Still, I wasn’t able to achieve the level of muscularity I saw so prominently displayed in the magazines. For about 10 years I trained with all the popular training styles. I made decent progress in the beginning but as time went by, I seldom saw changes in the mirror, at least not any I could get anyone else to notice. But I continued to pursue the art.

As I entered college and graduate school, I finally had access to real research that was only just then beginning to take form. The interest in muscle growth is fairly new in academic circles. As I began to explore the research, it became clear to me that the routines and traditions I was exposed to as a bodybuilder, were NOT based on physiological principles on a cellular level.

It was a “fantastic voyage” compared to the European inspired global view of training. At the microscopic level scientists were talking about things like “myogenic stem cells”, “growth-factors”, “mechanical loading”, “synergistic ablation”, “smeared Z-lines”, “MAPk/ERK” and many other things hidden to the naked eye. All of these things were left out of the equation of traditional training routines.

As hypertrophy-specific research progressed in specificity it was clear that traditional training routines had stumbled across many important principles of load induced muscle hypertrophy, but because of their limited perspective (volume and intensity) they failed to capitalize on some critical truths exposed by research at the cellular level. 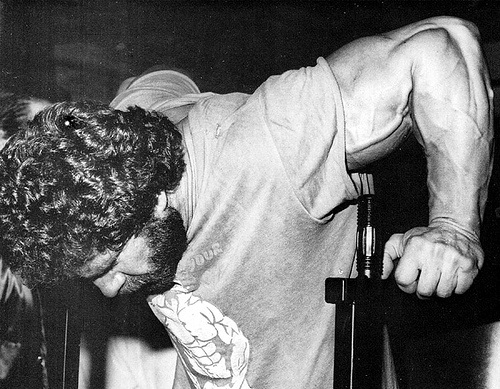 The principles of hypertrophy that HST is based on are as follows (not an exhaustive list):

Mechanical Load is necessary to induce muscle hypertrophy. This mechanism involves but isn’t limited to, MAPk/ERK, satellite cells, growth factors, calcium, and number of other fairly understood factors. It is incorrect to say “we don’t know how muscle grows in response to training”. The whole point of the HST book is not to discuss HST, but to present the body of research explaining how hypertrophy occurs. Then HST becomes a relatively obvious conclusion if your goal is hypertrophy.

In order for the loading to result in significant hypertrophy, the stimulus must be applied with sufficient frequency to create a new “environment”, as opposed to seemingly random and acute assaults on the mechanical integrity of the tissue. The downside of taking a week of rest every time you load a muscle is that many of the acute responses to training like increased protein synthesis, prostaglandins, IGF-1 levels, and mRNA levels all return to normal in about 36 hours. So, you spend 2 days growing and half a week in a semi-anticatabolic state returning to normal (some people call this recovery), when research shows us that recovery can take place unabated even if a the muscle is loaded again in 48 hours. So true anabolism from loading only lasts 2 days at best once the load is removed.

The rest of the time you are simply balancing nitrogen retention without adding to it.

Over time, the tissue adapts and becomes resistant to the damaging effects of mechanical load. This adaptation (resistance to the stimulus) can happen in as little as 48 hours (Repeated Bout Effect or Rapid Training Effect). As this happens, hypertrophy will stop, though neural and metabolic adaptations can and may continue. As opposed to hypertrophy, the foundation for the development of strength is neuromuscular in nature. Increases in strength from resistance exercise have been attributed to several neural adaptations including altered recruitment patterns, rate coding, motor unit synchronization, reflex potentiation, prime mover antagonist activity, and prime mover agonist activity. So, aside from incremental changes in the number of contractile filaments (hypertrophy), voluntary force production (i.e. strength) is largely a matter of “activating” motor units.

At this point, it is necessary to either increase the load (Progressive load), or decrease the degree of conditioning to the load (Strategic Deconditioning). The muscle is sensitive not only to the absolute load, but also to the change in load (up or down). Therefore, you can get a hypertrophic effect from increasing the load from a previous load, even if the absolute load is not maximum, assuming conditioning (resistance to exercise induced micro-damage) is not to extensive. There is a limit to the number of increments you can add to increase the load. You simply reach your maximum voluntary strength eventually.

This is why Strategic Deconditioning is required for continued growth once growth has stopped (all things remaining equal). 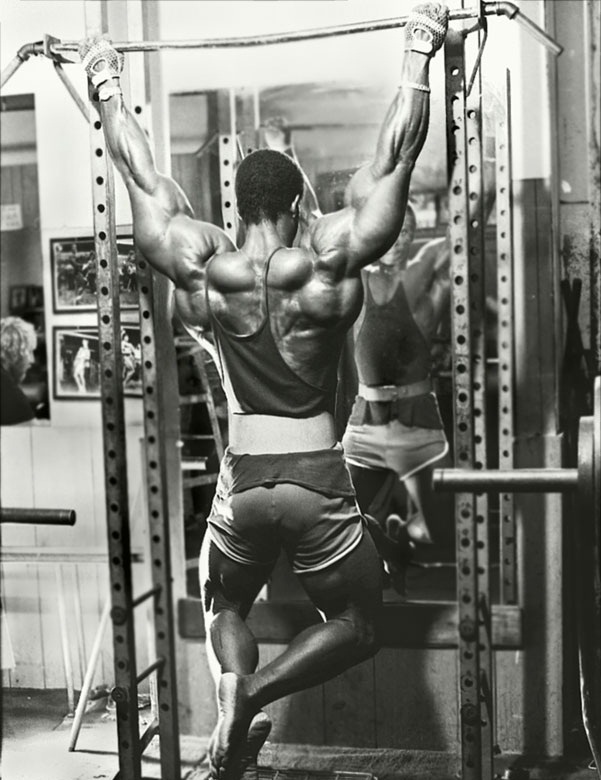 Utilizing lactic acid as a stimulus for tendon repair & health

Now HST incorporates a few other things such as higher reps (for lactic acid) to prepare the muscles and tendons for future heavy loads. This serves as “regular maintenance”. Without it, you increase your risk of chronic injuries and pain. The metabolically-taxing reps enhance healing of strained tendons.

HST also suggests using compound exercises to maximize the effects of loading on as much muscle as possible per exercise.

HST suggests that you use 2 week blocks for each rep range. Why? It has nothing to do with adaptation. It is simply a way to accommodate the ever increasing load. Of course, you could adjust your reps every week (e.g. 15,12,10,8,5,etc), but this is more complicated and people might not understand. Often times, in order to communicate an idea you must simplify things, even at the expense of perfection. If people can’t understand it, they won’t do it. What good would that do or anybody?

Then, over time, people figure out for themselves the other possibilities that exist within the principles of hypertrophy.

HST suggests that you limit the number of sets per exercise per workout to 1 or 2. This is based on “some” evidence that sets beyond the first “effective” set do little more than burn calories. There is nothing wrong with burning calories, but when you get to be my age you just don’t have the exercise tolerance that you once did. Using hormone replacement (HRT) therapy would of course, increase the number of sets you could do without undue stress.

Some may question the validity of HST not utilizing more than 1 or 2 sets per exercise. The number of sets is set low to accommodate the frequency necessary to create an effective and consistent environment to stimulate hypertrophy. Over the course of a week, the volume isn’t that different from standard splits (e.g. chest should tri, back bi, legs). (see table below)

Comparing The Volume Of HST To Traditional Routines

Instead of doing 6 sets on bench in one workout, those sets are spread over the course of a week (2 on Mon, 2 on Wed, 2 on Fri). Either way the muscle sees 6 sets each week, however, with HST the distribution of the loading sessions creates a consistent environment conducive to hypertrophy.

When you do all six sets at once, you put unnecessary drain on the central nervous system (CNS) and invite centralized overtraining symptoms and burnout.

HST utilizes, when practical, eccentric workouts for 2 consecutive weeks. This suggestion is only for exercises that can be performed in eccentric fashion without risk of injury. Eccentric sets are performed with weight that exceeds their 5 rep max. This is done to extend the progression in load, began at the beginning of the HST cycle, for an additional 2 weeks. The fear of over training is no greater during these two weeks than previous weeks if volume is controlled for. Recent research has demonstrated this. (1,2,3,4,5,6,7,8,9,10,11,12,13,14,15,16,17, to name a few) Clearly, the effects of eccentric muscle actions on muscle tissue are one of the most well researched subjects in exercise physiology.

As the research continues to explore the facets of load induced muscle hypertrophy, HST will apply the new knowledge and become even more effective. For today, HST represents the state of the art and science of hypertrophy.

I have now used these principles myself, and have used them successfully to train competitive bodybuilders for some time. It is not “specifically” designed for competitive track athletes, Powerlifters or Olympic lifters, although I have had many athletes from different sports apply HST to their off-season training with ground breaking results. It is designed according to research looking specifically at muscle hypertrophy, not muscle performance.

This subject deserves a lot more attention than I am able to give it here. I will cover the topic more thoroughly in the future, including the references that first shed light on the principles that gave rise to HST. In the meantime, if you want to grow as fast as possible, you must apply currently know hypertrophy-specific training principles. 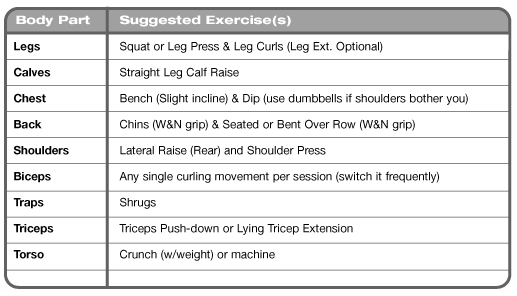