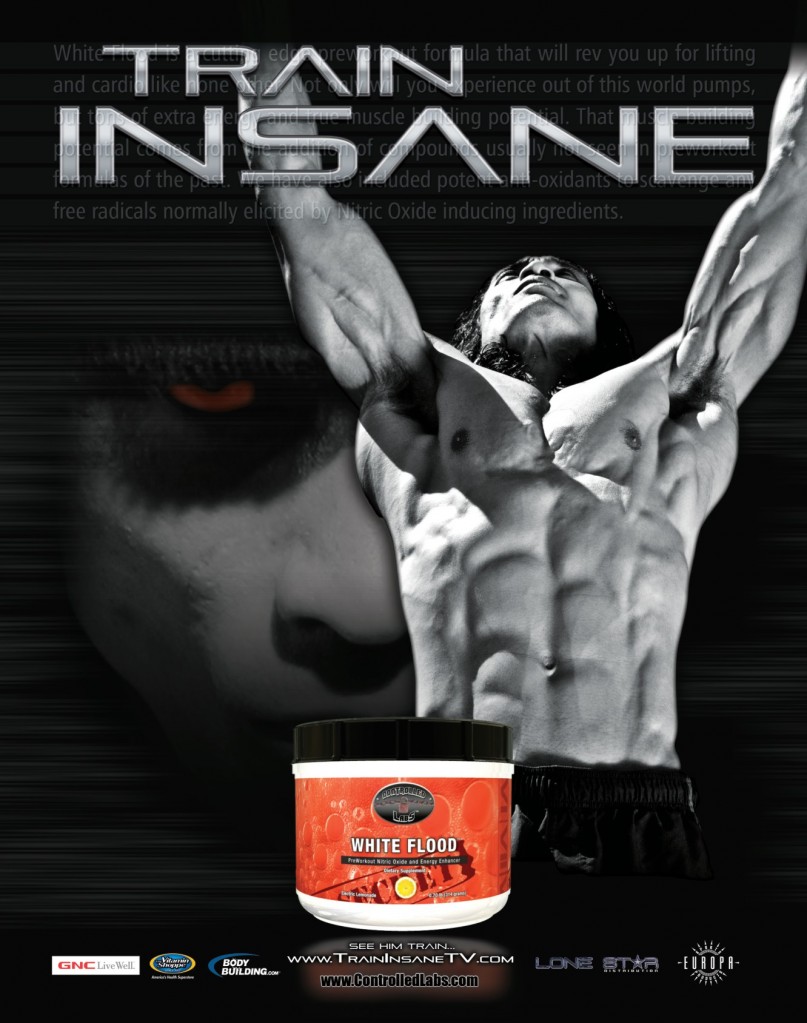 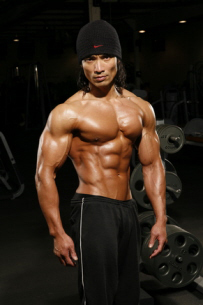 Ever since I can remember, my father has always began his day with calisthenics including 50-100 pushups. To this day aproaching 72 he still does the same. That was a big influence. At 12 my father bought a barbell set for my oldest brother and that was pretty much the start if it all. Watching Pumping Iron for the first time in my life sealed my fate.

The prospect of one day fighting crime. And if you’re going to fight crime, you obviously need to look good in tights. Oh, and the fear of a proliferation of zombies. Seriously though I just love almost everything about training. The pump in one workout, or a new PR in another. Since I workout every morning, I begin the day already with a sense of accomplishment.

Is there any better way to begin your day? And when you’ve been doing it for awhile it almost becomes second nature.

So what is the bodybuilding training routine that you use to achieve that killer physique?

I’ve tried so many different routines and believe each contributed. Some a little, others more. When I first got back into training again 11 years ago, I was doing Mentzer’s Heavy Duty. Since then I’ve also done Philip’s Body For Life (very briefly), MAX OT and then on the opposite end of the spectrum: Gironda’s 8×8, GVT and more recently was introduced to Serge Nubret’s high volume workouts. It was while incorporating Serge Nubret’s arm workout that I finally was able to stretch the measuring tape on my right arm to 18″ cold.

Whatever program you follow, just follow the basic tenet of progressive overload. I would have to add that in the last 4-5 years, one of the biggest influences to my approach has been Kelly Baggett. 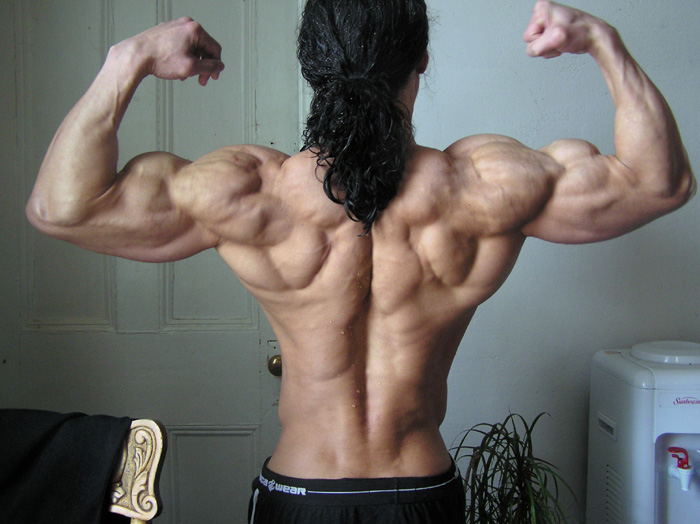 I think both forms of cardio have their advantages over the other. I lean towards HIIT because that offers conditioning as well as calorie use but on the down side may be harder on the joints too. Lately I started doing rounds of skipping rope again before a pulled calf side tracked me. The main problem with low intensity fat burning steady state cardio is that while it may help you burn calories, it won’t do much for conditioning.

Riding a bike in the fat burning zone for 60 min won’t help you outrun a zombie. And my favorite equipment for cardio is the concept II rowing machine.

I like to carb cycle. Relatively high protein, definitely high fat and low carbs (approx. 1/2g per lb of bodyweight) interspersed with carb up days. So on the low carb days I actually really do eat alot of bacon. And within these parameters, all I care about is my calories and macro totals. Nutrient timing and the source of these macros I consider distant third and fourth in terms of importance. Did I already mention bacon? I’m also not a big breakfast person.

In fact, a piece of toast with peanut butter is the most I’ll eat before my first workout. 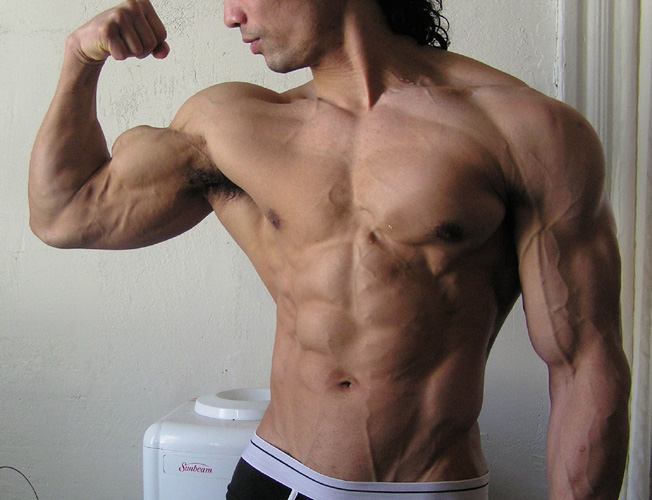 My favorite supplements are EAA’s/ BCAA’s, specifically Controlled labs Purple Wraath and Purple Intrain. I also use Controlled Labs Blue Gene (a very under rated supplement), Green Mag, Glycergrow and I rotate on and off White Flood pre workout . Many often neglect a multi in favour of the ‘more glamorous’ supplements but I love Orange Triad. In fact because of the joint complex in it, my parents and other members of my family now regularly take it as well. So besides the random women ripping off my shirt , I definitely enjoy the perks of being a model for Controlled labs. Unfortunately those women mistook me for someone else of were looking for free CL product samples. Oh well. Along with those already mentioned:

I also take fish oil, CoQ10 and high doses of VitaminC. The only protein supplement I use is Muscle milk. In fact I rarely ever buy whey anymore. I mix my Muscle milk with cartoned egg whites and water.

Plans for the future?

Pass 2012 when half the population turn into zombies? Continue what I’m doing. Getting stronger, getting leaner and getting younger.

“The voluntary path to cheerfulness, if our spontaneous cheerfulness be lost, is to sit up cheerfully. and act and speak as if cheerfulness were already there. To feel brave,act as if we were brave, use all our will to that end, and courage will very likely replace fear. If we act as if from some better feeling, the bad feeling soon fold its tent like an Arab and silently steals away.”

Or “”A little too much chlorine in that gene pool.”