Myths just made life a lot harder. That’s because fitness and nutrition misinformation fool men and women into being confused and frustrated in their journey to creating a healthier lifestyle. Even when you’re already achieving results, a small myth or hear say conversation can throw you off. Thankfully, I’m about to inform you about fitness and nutrition misinformation.

Here are five fitness and nutrition fallacies you can forget about for good. 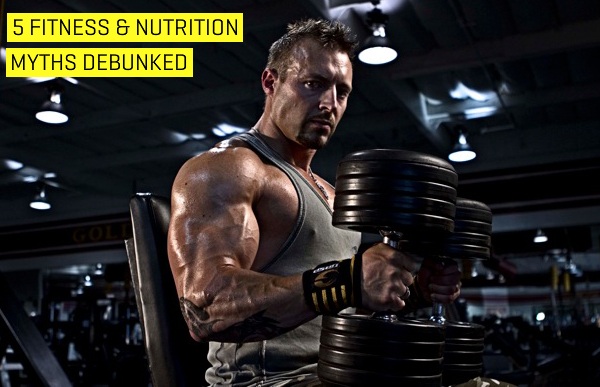 The myth we usually hear about protein intake is, we have to eat an “X” amount of protein at each meal because only an “X” amount of protein can be absorbed by the body at a meal. Let this fabrication stop here, once and for all. The body has an extremely high capacity for amino acid absorption. Even if you absorb 100% of the amino acids from a meal containing protein, doesn’t mean it will all reach the skeletal muscle & induce muscle mass. In fact, a very small percentage is used for that role because other organs and tissues extract them and utilize them. (1,2) Studies have shown that it appears that maximizing skeletal muscle protein synthesis requires approximately 15g of essential amino acids (EAA). (3) It has been shown that the amino acid leucine is responsible for the stimulatory effect of muscle protein synthesis and 15g of EAA would contain 3.2g of leucine. For example, whey protein is 12% leucine; therefore, about 27g of whey protein would need to be consumed to reach that threshold for maximal anabolism. So really what it comes down to is the maximum benefit level for protein at a meal varies depending upon the source of protein and the leucine content at each meal.

The bottom line is there is no set number to how much protein one should consume at each meal. Everyone’s body is different and if you have specific goals, your protein intake could vary. Shoot to eat your body weight in grams of protein daily.

If you’re 200 pounds, then have 200 grams of protein a day and divide that number by however many meals you eat a day. This is a good starting point and if you’re eating animal proteins this should get you over the leucine threshold. 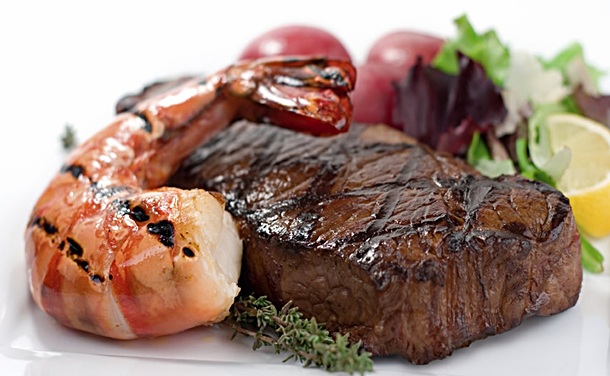 Myth#2- Man! How many times have I told you fasted cardio burns more fat than fed cardio!

Ahh the ever so popular fasted cardio burns more fat than regular cardio myth. Fasted cardio has been around for decades and the theory behind it is by being on an empty stomach, more fatty acids will be dumped into the blood stream and be burned as fat. Also, the notion of being glycogen depleted (no carbs stored in muscle and liver) will maximize pure fat oxidation. Not so fast Amigos! New research has shown that lipolysis (fatty acid release from fat tissue) is not the rate limiting step of fat burning; it’s the oxidation process (fatty acids being burned by tissues). This means the oxidation process is either the same or better if you eat before cardio. This study found that the actual rate limiting step of fat loss isn’t any different or could be better. The reason why it could be better is because studies have shown greater thermogenic (body causing heat) response to exercise when you eat before-hand (4).

In the end, studies have shown there are really no differences in fat loss, whether it be fasted or after a meal.

Your body makes these adjustments and this is something people don’t really understand. Also, you preserve more muscle mass with a meal in you beforehand and have more energy during cardio to burn more overall calories. 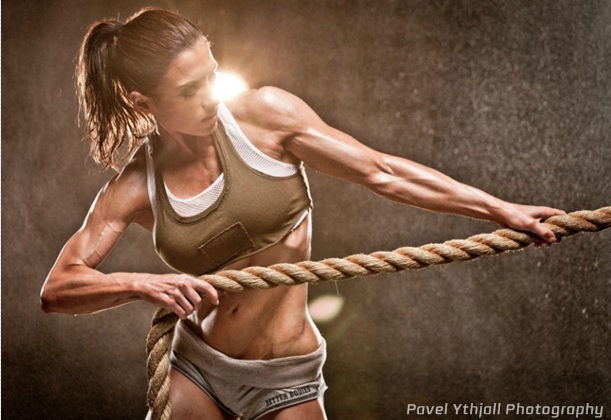 Myth#3- I’m a woman and if I lift weights, I’ll become buff like a guy right?

Wrong!!! How many times have we heard this one before? This is one of the biggest fitness dogmas that have been around and it still persists. I’ll start off with some science to back my point up: Women on average have about one tenth the testosterone of men, the level of testosterone varies greatly among women and influences women’s strength development more than is typical in men. Women who have higher testosterone levels may have a greater potential for strength and power development than other women. An individual woman’s testosterone level fluctuates, so a woman who is near the upper limit of her testosterone threshold may have an advantage in developing strength compared with other women. Also, Men average about 39 to 48 lbs more lean body mass and 6 to 13 lbs less fat than women. This is why a woman must not fall into the myth of her becoming buff if she uses weights. Truth is, women can build a very sexy and feminine body by lifting weights.

They could also reap the benefits of increasing their metabolic rate, strengthen bone and joints, improve confidence and self esteem, and increase libido. So, step off the treadmills and ellipticals and get under some iron! 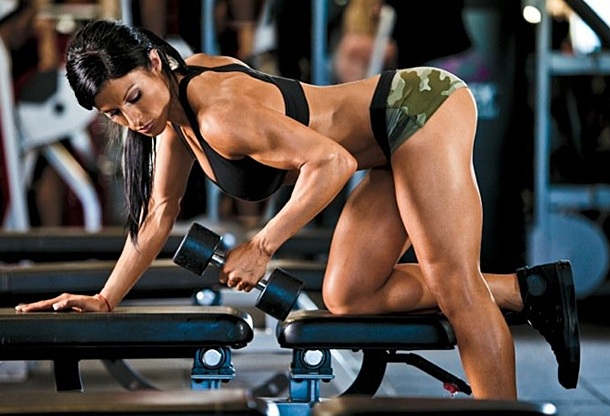 This myth has been around a long time in the fitness industry and yet we are still confused about meal frequency. We always hear that it takes 7-8 meals to get big or shredded, sometimes even 10, which is absolutely ridiculous! Then we have the whole eat every 2-3 hours myth. Well, time to stick a fork in this one too folks. A study found that after consuming a balanced meal rich in protein, carbs, and fats showed that the duration of protein synthesis (the way you synthesize new muscle) lasted approximately 3 hours long. This shows that the duration of a complete and balanced meal prolongs the duration of protein synthesis. 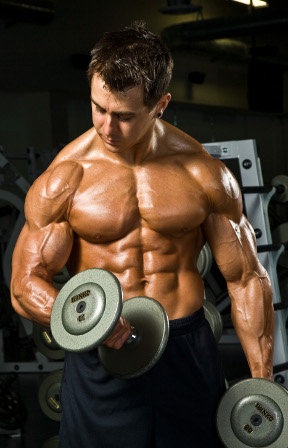 What was interesting about this study is once protein synthesis levels went back to baseline after 3 hours; there were still plasma amino acids and plasma leucine levels still elevated.

This data was also supported by another study and finding showing that the duration of protein synthesis in response to a mixture of amino acids was only 2 hours long even though the essential amino acids were saturated for six hours! This is why it’s not a good idea to eat every 2-3 hours because you have amino acids that are still elevated throughout your body and it doesn’t make sense to eat another meal and try and promote a rise in protein synthesis again. It could actually be counterproductive.

Therefore, you might be better off consuming larger does of protein at each meal and wait longer between protein doses, rather than the typical 2-3 hours. I recommend having 4-5 meals every 4-5 hours instead of 7-10 meals and eating every 2-3 hours (5).

Myth #5- It’s better to do high reps, rather than low reps and vice versa. You know that right?

Why must we live in a world of ‘hear say’ and then completely negate everything else, without even doing some research or experimentation ourselves? If someone ever tells you that it’s better to do high reps, rather than low reps and vice versa. Just nod your head and walk away. I believe that every rep range from 2-20 (and even higher in some cases) has value and there are benefits to every range.

Studies show that this rep range is the best for causing the most hypertrophy. The reason being the rep range is low enough to have our muscles under heavy loads and enough reps are performed to have them under tension with those heavy loads.

High repetitions cause enormous glycogen depletion during the workout. The body will compensate for this in the post workout period by increasing the amount of glycogen (stored carbs in muscle and liver) the muscle stores. Since glycogen has a strong affinity for water, this means more water from carbs will be stored into your muscle cells and thus induce more protein synthesis and causing the muscle cells to stretch.

This is a good thing because when muscle cells are volatized, there is greater potential for nutrient assimilation and promotion of growth factors, thus leading to greater anabolic effects (6). 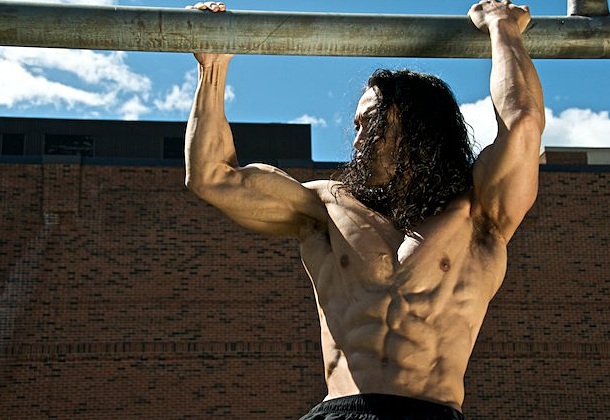 Now that I have told you the truth about these fitness and nutrition myths, you should be able to have a sigh of relief or possibly be pissed off at the person that has been telling you these myths all along. Not to sound like a smart ass or anything, but just because someone tells you something, don’t automatically assume it’s true. Have them explain it to you, so that it will make sense. Make sure there is some science or a study behind the claims, science doesn’t lie. Also, do your own research or experiment yourself.

There’s nothing better than learning through trial and error. Hope you learned something today my friends, I’m out!