Many times folks transition from cuts to bulks the wrong way. This occurs from overestimating the rate a natural lifter can put on muscle, as well as a lack of understanding of how the body responds to dieting. Another common mistake is going from restrictive dieting phases to free-feeding, resulting in weeks of work disappearing in days. Nutritional strategies have to be tailored to the individual and to the goal of the diet itself.

Comparing a competitive bodybuilder coming out of contest prep to the average gym rat’s month-long pre-summer cut is misguided. 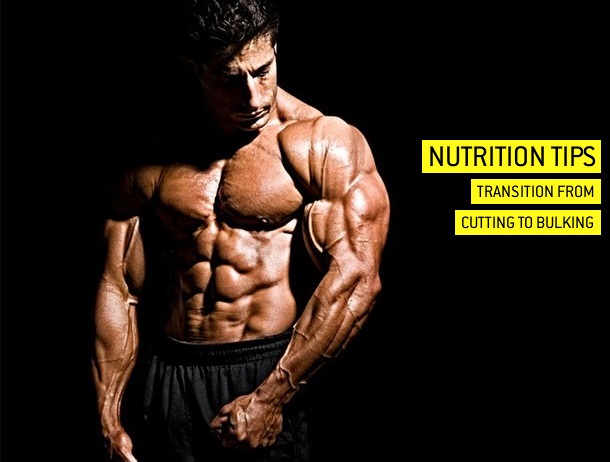 For this reason, as always, there is no cut and dry answer. If you understand that as a natural gaining more than half a pound a week, even as a young male novice, results in unnecessary fat gain and if you tailor your approach to your situation, you will do okay. Let’s take a look at tailoring different strategies for different situations.

The mini cut is appropriate for bodybuilders in the offseason, athletes who compete in weight classes, and for the average gym rat that walks around relatively lean and wants to keep it that way. An offseason bodybuilder’s primary goal is to improve the physique for the next time they compete.

This involves overeating to get bigger. However, what a bodybuilder does not want to do is get too fat in the process, making dieting for their show harder than it should be.

So how does an offseason bodybuilder in need of physique improvements stay in a caloric surplus without getting too fat? The answer is periodic mini cuts. These are short term, aggressive cuts lasting 1-4 weeks. The purpose being to get a body fat range that allows further time in a caloric surplus without getting too far from stage weight. As a competitor I mini cut whenever I get over a certain weight and then continue my gaining phase. This prevents me from getting too out of shape to diet for competitions and allows me to spend maximal time gaining muscle. A Power Lifter trying to compete in a specific weight class could follow the same strategy. Transitioning from a mini cut to bulking is simple. You will see almost no metabolic trauma from a short cut, especially using re-feeds on a semi regular basis. The best approach is going right back to regular offseason food levels.

Reducing body fat and being in a caloric deficit will make you more insulin sensitive and your recovery will improve once you get back to regular calories, so you will see nice progress coming off a mini cut.

This is essentially a cut lasting longer than 4 weeks but not longer than 2-3 months. It will have a plateau or two along the way and the goal is to get measurably lean. A model getting ready for a photo shoot, someone who has been away from the gym for too long getting back on track, a competitor looking to drop to a lower weight class are all examples. This could also be an offseason bodybuilder who took their bulk too far, but from reading our articles you won’t have made that mistake in the first place right? A cut lasting a few months taking you to relatively lean levels will inherently have a few plateaus caused by metabolic slow down. Coming out of a cut like this, going right back to offseason numbers will net a few pounds of fat that could have been avoided. This happens because you are returning to a surplus that netted half a pound a week gained before you had a damaged metabolism. Now that you have experienced metabolic slow down, the surplus that your offseason intake provided before is significantly higher. To avoid gaining too much initially, it is best to taper your calories up, primarily increasing them in the form of carbohydrate because it has a direct effect on bringing the metabolism back up to speed.

Adding 25-50g of carbs weekly until you get back to your offseason intake and then bringing your fat intake back up is an approach that avoids unnecessary fat gain as you transition.

This is a diet that lasts a long time. This can be anything over 3 months to years of being in a deficit. This is a normal situation for people who are trying to lose large amounts of body fat. This cut doesn’t necessarily end with being extremely lean. This situation is not the same as contest-prep diets. Its goal is to get to healthy or relatively lean levels of body fat. The difference between this and the standard cut is simply its length. A cut this long is tough and it involves being disciplined for a long period of time. It may require taking some breaks and you will run into a number of plateaus along the way. You will have a significantly slower metabolism coming out of a long cut. Some of this is related to metabolic slowdown, but most of it is simply a result of losing a lot of weight.

When one loses a very large amount of weight, the number of calories it takes to maintain the new bodyweight will be lower than it was at a higher bodyweight.

For this reason, a different approach must be taken to transition to maintenance calories or a surplus. I suggest a gradual increase of calories, primarily as carbohydrate, but the amount should be half of what I suggested for the standard cut. Also, the goal is not to return to your prior intake, but to find what intake is required to maintain your ideal weight. So, slowly increase your calories until you start to gain weight again and stop. Beware, you will gain weight when increasing carbohydrates, this is water weight. For every gram of glycogen stored in the body, it brings with it ~3g of water.

You will have to wait for your bodyweight to stabilize after you add food to determine whether you’ve found your new maintenance intake level.

Dieting for a bodybuilding show is a different animal than other cuts. Contest preparation takes you to extremely low body fat levels and impacts the body’s hormonal balance and metabolism. This diet normally lasts from four to eight months and results (if done properly) in body fat levels of 3-5% in men and 6-8% in women.

This diet gets progressively harder as one nears essential levels of body fat. Hunger, hormone levels, mood and sleep patterns are impacted in various ways. After this diet, your body is primed for storing fat. Ghrelin levels are high, leptin levels are low, insulin sensitivity is at a peak, the body’s ability to convert carbohydrate to body fat is topped out and your metabolism is at its slowest. A properly laid out prep alleviates most of this, but much of it is caused by the very low levels of body fat. A slow gradual transition should be made out of the diet. However, one must realize that an offseason cannot be successful while at stage levels of body fat. Competitors must get to healthier body fat levels to have productive off seasons.

Depending on size, age, sex, training experience, and ability to lose fat, a competitor should stay between 15-30lbs over contest weight (and about 10-20lbs for women or lightweight competitors). This allows for the required surplus of the offseason while staying within striking distance when it comes time to diet. 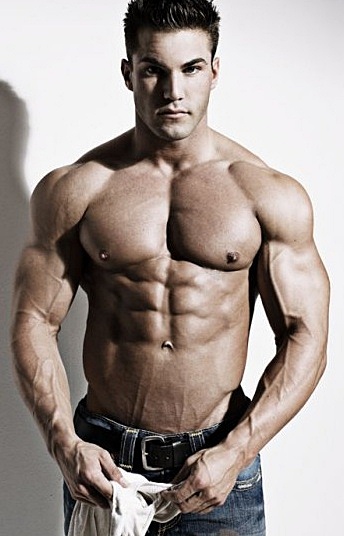 I recommend a slow increase of carbohydrates before increasing fat intake; the rate being 10-25g a week. Putting on some fat is to be expected and is needed to get healthy again. Keep this slow increase up until you are about 8-12lbs over stage weight, then focus on gaining 1-3lbs/month, (6-9lbs for lightweights and women) and (1-2lbs for lightweights and women) which is the goal of your offseason. This is easier said than done. The body’s desire for food after prep is overwhelming, so it is essential that you have a plan for entering your offseason. You should expect to go through periods of overeating and even having occasional binges.

Try to follow your plan as best as possible, but understand that every competitor struggles with transitioning out of a diet. Don’t guilt trip yourself; our bodies have evolved to survive ice ages, not to walk around with striated glutes year round. Knowing this, you can expect your body (and thus your mind) to influence you in every way possible to put on fat right after a show.

Follow your plan and don’t sweat it when you lose control. If you exercise half the amount of self control you did during your diet, you will set yourself up for a very successful offseason.