Facts Of The Case

Wrist straps come in a wide variety. Most are the basic canvas type that you loop around your wrist and the bar. Some involve a Velcro closure that wraps around your wrist and a hook that goes around a bar or a barbell. Regardless of the style, they all serve the same purpose: to increase your grip strength and endurance.

Even if you don’t employ wrist straps, you can increase gripping ability with the use of lifting gloves or chalk. 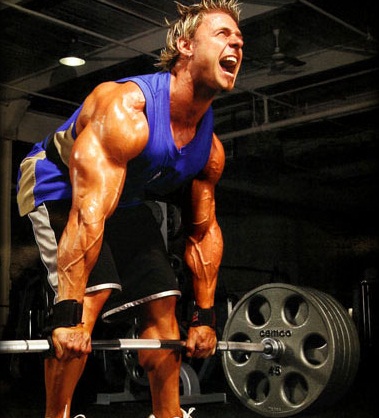 Clearly, being able to complete one or two additional reps on every set of your back workout with a given weight is a definite advantage in developing back mass and strength. Although most training experts will tell you to only use your grip strength is lessened due to fatigue, our study shows that straps allow for more reps during every set. Furthermore, the subjects noted that using straps allowed them to better concentrate on their backs and less on their arms. This is another important point, as focusing on the muscle leads to greater muscle activity, which can result in greater mass and strength gains.

When doing pulling exercises, such as most back exercises, we recommend you use wrist straps during all sets to enhance gains in both muscle strength and size. Some experts will warn that this may limit your grip strength and forearm development. However, your focus should not be on building grip strength and forearm size during a back workout. It should be on developing back size and strength, and it appears that using wrist straps will enhance this endeavor. To develop forearm size and grip strength, include a workout that focuses on forearm and grip exercises.
Written By: Jim Stoppani, PhD
References: