Everyone wants to get ripped and peeled, but usually only a few ever make it. With the hot months on the horizon, everyone at the gym starts talking about their upcoming diet and how excited they are to get the ball rolling. 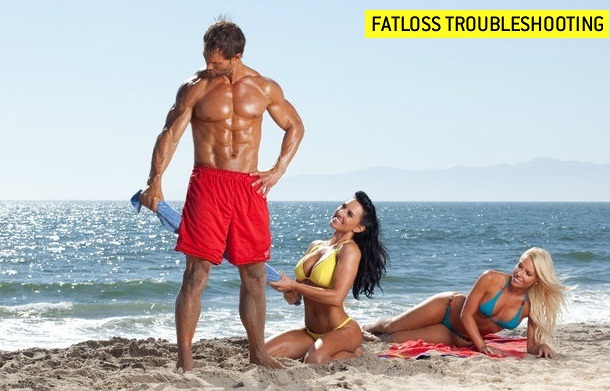 A common scene really, but it’s uncommon that someone’s efforts actually payoff the way they originally intended. Within a month most guys find themselves pretty frustrated. They are halfway done cutting at best, and feel like they are running through quicksand. As a competitive bodybuilder and contest coach, I get to hear my fair share of rants from these guys and it’s the same issues over and over. Landmines placed in the exact same spot as last year get stumbled upon the following year. In this article we will name a few of the most common traps that slow down, discourage, often leave cutting phases unfinished, and with results that leave so much more to be desired.

This has got to go!!

Be it if you are trying to compete in a bodybuilding show, gain the notoriety from the opposite sex, or just look good for your upcoming vacation. Nobody is going to look at you, point and say “WOW! Check out his 5.62934% bodyfat!” Truth is you are either in shape or not, and aiming for bodyfat percentages is a waste of time, a distraction at best. When I start dieting for bodybuilding shows I will get that question quite a bit. “So what bodyfat are you going to cut down to?” Truth is I just keep losing weight until I have achieved the look I desire. While your goal might not be striated glutes, I am sure you have a look in mind. What if you get callipered at the 8% you were aiming for, but don’t quite look the way you anticipated? Do you end your diet there? Which brings me to my next point: bodyfat testing in general is pretty hit or miss, at least all the affordable ways are. This is why I never have my clients send me bodyfat percentages in their weekly reports to me. I want weight (which tells us how many lbs. of bodyfat we have lost) and pictures which of course you can’t argue with. You are either ripped or not, and it’s that simple. Yes numbers are sexy, and being able to quantify things is something people just like to do in general, but “ripped” you either are or you aren’t.

Let the mirror decide, not some plastic calipers. Much like the judges don’t get on stage and caliper myself and the other competitors, neither will that young lady at the beach. Shredded doesn’t need a number, it just is.

Fat loss and carbs just don’t go together in the eyes of most people looking to get into shape. Dieting is synonymous with low carb, and even no carb diets. While you will have to cut out some of your carbs when you start your mission towards getting lean, usually the amounts that are cut are too extreme. I will get asked often “so how man carbs should I take when dieting?” The answer is simple: as many as you can while still losing fat at the desired pace. Key words there being as many as YOU can! 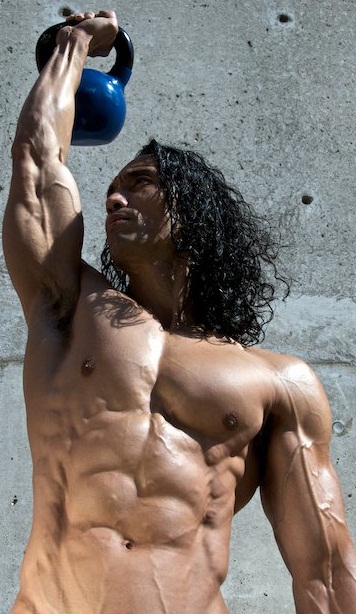 Carb intakes can be one of the biggest variables when it comes to dieting.

Two guys with similar training programs, ages, and weights will often require two different approaches nutritionally. Some people might need to diet on 100 grams of carbs, others might require double or triple that amount. One thing is for sure, most folks low ball their carbohydrate threshold and diet on too little food. When you diet on less carbs than you require you will see the following occur: You will come out flying at the start, and then it will drastically slow down, and from there you will likely have to apply more aggressive protocols. Either dropping food lower or adding ungodly amounts of cardio will be required. You will then plateau to where nothing seems to work and progress will simply stall. This is where most guys end up a few weeks into their diet plan.

Use as many carbs as you can, as they will help power through your workouts in the gym, keep your metabolic rate healthy so you can lose fat longer and more efficiently and not just make progress the first month.

Well if it worked for him than it should work for everyone else? If it were only that simple, how wonderful would it be. It would be great because I would no longer need weeks and weeks to get a feel for a client’s metabolic rate. Actually it would not be a good thing because there would be a “secret diet’ that would be applicable to everyone, and in turn I would be out of business. All joking aside, there is enough variation from individual to individual that one diet plan simply can’t fit all.

So while it’s cool, and I am always intrigued as to what other guys have done to get into magnificent shape, my interest has nothing to do with me wanting to mimic their approaches. I enjoy reading these protocols because it confirms the notion that we are each very unique and a wide array of approaches do work.

Some guys need to get in 3-4 hard cardio sessions a week, and others can count the number of cardio sessions they do during their whole diet on one hand. Varying protein intakes, caloric requirements, training guidelines etc. However as intriguing as these protocols are, what most likely makes these athletes successful is trial and error over the year, attention to detail, and being consistent. Good genetics usually help too, which in most cases these individuals happen to possess. For these guys almost anything will work, and let’s be blunt for a moment, if you were genetically predisposed to being muscular and lean you would likely not be reading this article.

Hard work and persistence is going to really make a big difference, the other half will come from using more sound physiological approaches, and not some copy and paste job.

I am talking about the guys that go to the gym and spend 30-40 minutes working out abs. Not only is it a waste of time, but there could be better things you can spend fluff time at the gym on. For example prehab work, foam rolling, as in all the things that will help keep you healthy and progressing for a long time. Quite often I will get curious inquiries from clients about dedicating a whole workout to abs in an effort to tighten up the mid-section. Which still leaves me in awe since we can’t spot target fat loss, and why would a bicep grow when you use it, but the torso muscle shrink and tighten up? Truth is a little goes a long way since abs are involved in some of the bigger movements we do in the gym, and also what works best for other muscles works best for your ab development. Weighted ab exercises in the 5-12 rep range, at about 3-4 sets twice a week is more than enough. Real definition and true sculpting is going to come via fat loss, but like any other muscle in your body it can be very well developed, but if you are not lean enough it won’t show.

As the old saying goes: “abs are made in the kitchen”, not on the 400th rep of some weird ab crunch variation that is synchronized to some horrible techno music.

In the offseason I love to hit heavy squat sets. Most of my leg development has come from the 1-5 rep range. So come time to diet I like to squat in the 1-5 rep range. Yes you read that right, and I do keep about 90% of my strength when dieting. In reality, if you want to keep your hard earned muscle, you need to continue lifting heavy throughout your diet. If it’s getting harder to hit those heavy sets I would first abandon the higher rep work so that I can save my energy, and recovery for the heavier weights. Here is how I would adjust once I get into those nitty gritty portions of a diet. The last few weeks where things can get tough at times, as not only does the weight seem heavier, but energy can take a hit.

On the contrary what you will commonly see is guys abandon the lower rep work for the higher rep work. The main reasons behind this is one, they have a hard time holding on to strength because they attempt to keep volume at offseason levels. Next is the all too common they are trying to “condition” the muscles. The latter is still one of those bodybuilding fables that I wish would go away, but like fanny packs they are still a sight for sore eyes at gyms today.

Want your muscle to look its best when you diet? Then go with what got you there in the first place. Keep lifting heavy! 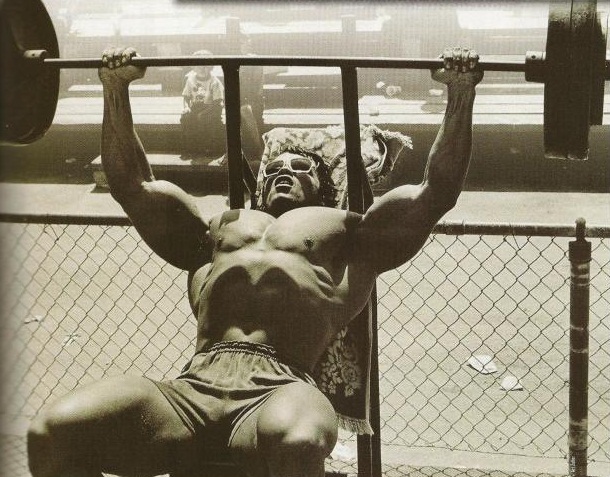 Too Much Diet Restriction

Everybody cheats on their diet, I have found this out first hand. I have had my share of slip-ups, but also from working with countless bodybuilders over the years. Yes even the most hardcore guys have their moments of weakness where they give in. However, so much of this can be avoided by not sweating the details that don’t matter and avoiding specific pitfalls.

Such as banning specific macronutrients (fat, carbs and protein) completely, as many popular diets have in recent years. Be it the 80’s with their extremely low fat approaches, or in recent years the ketogenic type diets. This is why I am a fan of moderate approaches, because if you swing the pendulum too hard one way, it’s going to push back just as hard.

For example the guy who decided to diet on 1,000 less calories than he required, and then binges out of control on the 3rd week of his diet. Or perhaps a diet were you must eat 8 meals a day to keep the metabolism fast (which is more fitness folklore) and one day misses a meal and loses his mind. You’ll have a hard time dieting in the real world where you can’t always eat every 90-120 minutes. Trying to do so is an unnecessary stressor. When designing a diet for someone, I never hand them an envelope labeled “the diet” as for the numerous reasons discussed above it just doesn’t work that way. On the contrary, often we have to discuss what their real world looks like. If they have foods that lead to binges we get rid of those right away, if they have special occasions coming up were food will be eaten we adjust. If they are a busy mom and eating six times a day is too much, well then we will only eat three times a day.

The most perfect diet will not work if the person cannot adhere to the details that actually matter. A diet has to make sense physiologically and psychologically. Diets that leave both variables unaccounted for are usually setting up people for failure, rather than helping them reach their full potential.