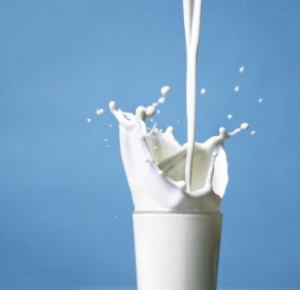 Once confined primarily to sippy cups and elementary school lunch trays, now thanks to years of successful advertising campaigns (do “Milk. It does a body good.” and “Got Milk?” sound familiar?) milk has never been more popular.

In fact, there are valid reasons why dairy products should be included in your diet if you’re serious about muscle growth and fitness. First and foremost, there’s the protein factor.

When it comes to whole-food sources of complete proteins, bodybuilders don’t have a lot to choose from. We have lean meats (poultry, fish and certain cuts of beef), eggs and dairy and that’s about it. So if you’re not driving muscle growth by getting some of your daily protein from dairy sources, you must have one hell of a boring diet. Not to mention that you’re missing out on dairy’s other bodybuilding benefits. 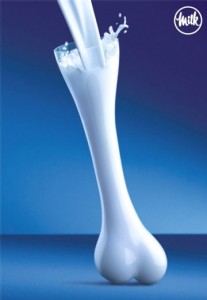 Yes, it’s the mineral that makes bones stronger, but it’s also required for muscles to properly contract, and it has even been linked to weight loss. Several studies, such as one conducted at the University of Tennessee (Knoxville), show that a higher calcium intake from dairy consumption leads to greater fat loss. And according to research published in the Journal of the American College of Nutrition, subjects who consumed more calcium and low-fat dairy products had a smaller waist:hip ratio, meaning they had less abdominal fat.

Here, then, is a rundown of the four most popular dairy products, with a full examination of why you should fit them in your diet.

It’s the progenitor of all other dairy products (and of our crucially important whey and casein proteins), and nothing tastes as good with cookies, but is there any real reason to drink milk? Absolutely. Here are four.

A 2006 study from the University of Texas Medical Branch (Galveston) confirms that drinking about 1 cup of milk after a weight workout boosts protein synthesis the mechanism responsible for muscle growth. Since the researchers didn’t compare it to other forms of protein, such as pure whey, it’s hard to say how well milk alone boosts muscle growth after training. That’s why we recommend milk postworkout just to mix your whey in, or when it’s your only option.

Cow’s milk contains everything that baby cows need to grow up big and strong, so it makes sense that those ingredients would also contribute to your mass. One such element is insulinlike growth factor-1 (IGF-1), an anabolic compound critical for stimulating muscle growth. A study published in 2004 in the European Journal of Clinical Nutrition found that subjects who drank milk had significantly higher IGF-1 levels than those who ate the same amount of protein in steak form.

After a workout, what do you grab? A protein shake, sure. Maybe an energy drink? One of those fancy “functional” waters? Turns out you might want to consider drinking some milk, at least after a long workout on a hot day.

In a study published in the July 2007 issue of the British Journal of Nutrition, subjects were dehydrated through exercise and then given one of the following: water, a sports drink, reduced-fat milk or reduced-fat milk with added sodium. Researchers found that the subjects who drank milk (either with or without the sodium boost) were better hydrated than those who drank water or a sports drink. Scientists hypothesize that the sodium and potassium naturally present in milk are responsible for rehydration.

While we don’t advise using milk alone after workouts, you can mix your usual postworkout whey protein with fat-free milk (you don’t want fat to interfere with protein absorption) after particularly long training sessions in the heat. 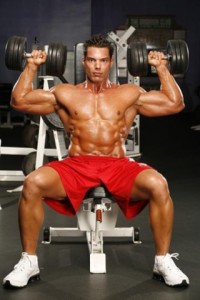 Rehydration isn’t the only reason to drink milk after a workout. A new study published in the American Journal of Clinical Nutrition had untrained subjects drink fat-free milk, a soy protein drink or a carbohydrate drink after training with weights. After 12 weeks, the milk group gained 40% more muscle than the soy group and 60% more than the carb-drink group. The milk drinkers also dropped an average of 2 pounds of bodyfat.

It’s easy to get disenchanted with all the hoopla surrounding organic food. Ignore the hippies and the hype for a minute and think about this: In a study published back in 1999 in the Journal of Dairy Science, scientists found that cows that ate only grass produced milk containing 500% more conjugated linoleic acid (CLA) than cows that were fed a standard dairy farm diet (which consists primarily of grain).

This is important because CLA is strongly linked with cancer prevention and with boosting muscle gains and spot-reducing those pesky fat deposits on your abs.

A 2006 study by British scientists reported that organic milk had almost 70% more omega-3 fatty acids than conventional milk, which supported a similar study done in 2004 at the University of Aberdeen (UK). This is good news since omega-3s also help burn more fat and encourage muscle growth, as well as provide a host of health benefits. To be considered organic, milk must come from cows that are allowed access to pasture, which is why we recommend you spend a few extra dimes and go organic. 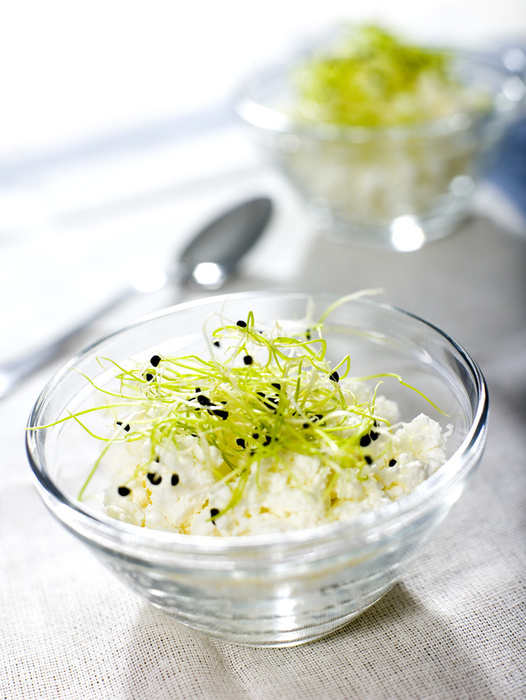 Remember Little Miss Muffet the arachnophobe who ate her “curds and whey”? Mother Goose fancified it, but Muffet was just munching on cottage cheese. It doesn’t much resemble a block of cheddar, but cottage cheese is, in fact, cheese. Immature cheese, let’s say. To make it, enzymes are added to milk, causing its casein protein (which makes up about 80% of cow’s milk) to curdle into those characteristic curds.

Cottage cheese is high in not only protein (28 grams per cup) but casein protein specifically that’s the slow-digesting kind. It’s just about the perfect snack for right before bedtime, or any other time you’ll go hours without eating.

In addition to being a protein powerhouse, cottage cheese contains glutamine, an important amino acid that’s involved in everything from boosting the amount of glycogen muscles can store and increasing growth hormone levels, to keeping your immune system healthy and even helping you lose fat. 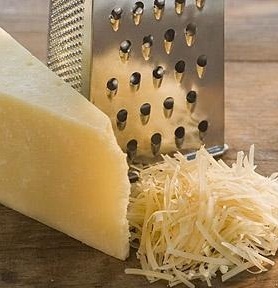 Cheese is made by starting with something like cottage cheese and then subjecting it to a variety of different processes: heating, adding bacteria to further curdle it, draining and pressing, stretching, washing or adding mold (depending on the type) and aging. The finished product has a longer shelf life than milk and a richer, more satisfying flavor.

Eating cheese is a good way to get a little extra protein, whether it’s the middle of the afternoon and you need a snack or you’re grating a little over a side dish. But because cheese, like all dairy products, can contain a lot of fat, watch those labels. Buy low-fat or (if you can find them) fat-free cheeses, and limit your intake to a couple of ounces a day.

One of the oldest and most universal food products, yogurt starts out as milk that has bacteria added to it. Those bacteria begin to eat the lactose (the sugar found in milk) and excrete lactic acid, causing the milk to thicken and acquire yogurt’s tangy flavor.

Some nutritionists recommend yogurt as a good protein source. But since 8 ounces of yogurt contains only 12 grams of protein, you’d have to choke down (and we do mean choke) three 8-ounce servings for a muscle-building 36 grams. An easier solution? Add a scoop or two of your favorite whey protein to a cup of yogurt. Just watch the fat content if you’re eating it pre- or postworkout.

In the United States, yogurt must contain two different types of bacteria lactobacillus bulgaricus and streptococcus thermophilus to earn the probiotic label. Often, other types of bacteria are added because they’re good for you. 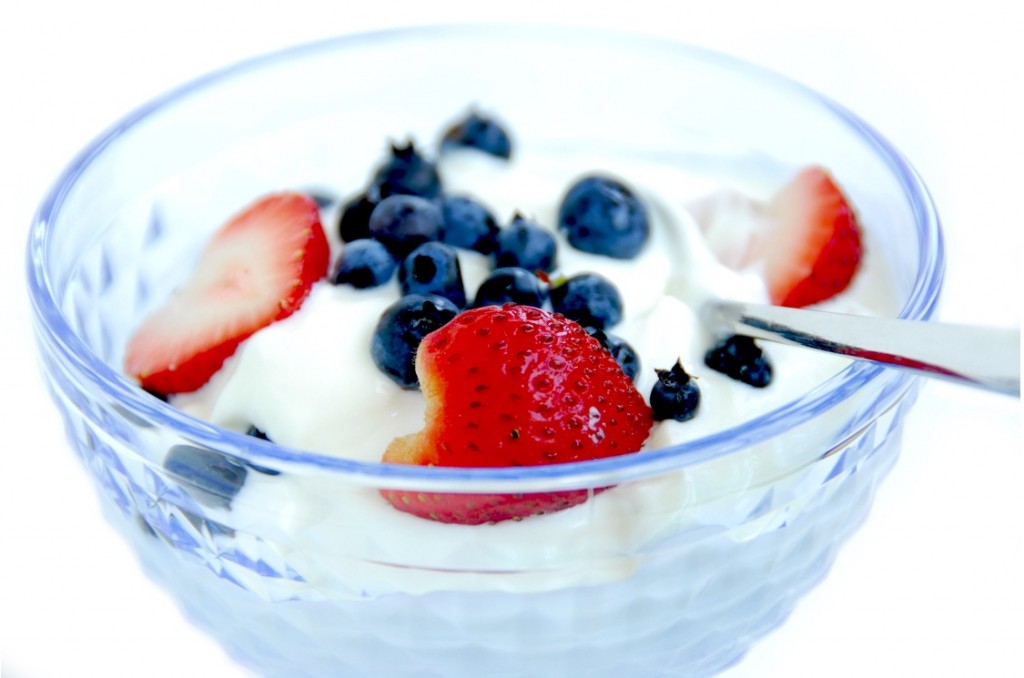 It seems counterintuitive, but your intestines not only support but rely on the presence of a slew of bacteria to absorb nutrients from your food.

Some data suggest that eating foods containing these helpful bacteria can improve the makeup of your gut flora. Although research is ongoing, there’s evidence that having an appropriate amount and variety of intestinal bacteria is linked to everything from reducing the risk of colon cancer to improving immunity and lowering cholesterol. Most important for you, this can aid digestive health, which means you’ll better absorb critical nutrients such as amino acids.

Because yogurt can be sour, it’s often sweetened through the addition of fruit and sugar, which makes carbohydrate levels skyrocket. Make sure to read the label on any fruit yogurt before you start spooning it in. Or just keep your consumption of fat-free fruit yogurts to immediately after workouts when you need the carbs to replenish your depleted muscles.

That’s the word on dairy. Take it all in, and the next time that ubiquitous ad asks you, “Got milk?” you can answer with a resounding yes. Your muscles will thank you.