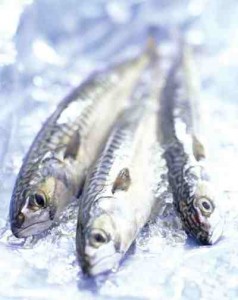 Intakes of omega-3 exceeding levels consumed by the general US population may significantly reduce the risk of chronic disease, suggests a new study with Yup’ik Eskimos.

High levels of the omega-3 fatty acids EPA (eicosapentaenoic acid) and DHA (docosahexaenoic acid) were associated with lower levels of triglycerides, as well as higher levels of HDL cholesterol, according to data from 357 Yup’ik Eskimos published in the American Journal of Clinical Nutrition. Raised levels of the fatty acids were also associated with decreased levels of markers of inflammation, such as C-reactive protein (CRP), which is produced in the liver and is a known marker for inflammation. Increased levels of CRP are a good predictor for the onset of both type-2 diabetes and cardiovascular disease. CVD causes almost 50 per cent of deaths in Europe, and is reported to cost the EU economy an estimated €169 billion ($202 billion) per year.

The study of omega-3 intakes in inuits is nothing new.

The first reports of the heart health benefits of the marine fatty acids were reported in the early 1970s by Jørn Dyerberg and his co-workers in The Lancet and The American Journal of Clinical Nutrition. The young Danes sought to understand how the Greenland Eskimos, or Inuit as they prefer to be called, could eat a high fat diet and still have one of the lowest death rates from cardiovascular disease on the planet.

Despite the precedent of study in these populations, the new research, led by Zeina Makhoul from Fred Hutchinson Cancer Research Center in Seattle, claims that: “Few studies have examined the associations of with biomarkers of chronic disease risk in populations with high intakes”.

In an attempt to fill this knowledge gap, they analysed blood levels of EPA and DHA in red blood cells of in a cross-section of 357 Yup’ik Eskimos. Data showed EPA and DHA represented an average 2.8 and 6.8 percent, respectively, of the total fatty acid content of red blood cells.

In addition to the links between EPA and DHA levels and triglycerides and HDL, increased levels of DHA were positively with levels of LDL and total cholesterol, said the researchers. While a link between EPA/DHA and CRP were reported, Makhoul and her co-workers noted that the link was stronger when EPA concentrations excessed 3 percent of fatty acids in the cells, and when DHA levels exceeded 7 percent.

“Increasing EPA and DHA intakes to amounts well above those consumed by the general US population may have strong beneficial effects on chronic disease risk,” they concluded.