Adding quality mass is the main goal for most bodybuilders. Unfortunately, it’s easier said than done, especially if you’ve been at it for a while. But help is on the way. Our nutritional guide will help you pack on the right kind of size. Even if you think you know everything, you’ll no doubt find suggestions to help bust through your next weight plateau. As sports-nutrition science has accelerated athletes’ knowledge over the decades, guidelines continue to change. However, past wisdom can coexist with new, cutting-edge info. By taking the following principles into account, you could be well on your way to the massive size gains desired by all serious bodybuilders.

In the grand scheme of things, nothing is more important than protein. It lays the foundation for growth by supplying the amino acids the body uses to repair and build muscle. Shoot for at least 1 gram of protein per pound of bodyweight daily. Go up to 1.5 g if recovery or adding size is a never-ending struggle.

To maximize growth, you need carbs. Carbohydrates digest into glucose, which can then be used as immediate fuel. Surplus glucose is used as muscle glycogen, the stored component of energy that influences stamina and recovery. Equally valuable, carbs boost insulin levels, which is important because insulin is a driving hormone that shuttles amino acids into muscle tissue to enhance muscular growth.

#3 Fat Is Not A Four-Letter Word

Fat has received a bad rap, and unfairly at that. To the bodybuilder seeking greater size, fat is a ready ally. For starters, fat spares the burning of both glucose and amino acids, thereby giving the body access to “more” amino acids and glucose to build muscle. Fats are also hormonal primers. Skimping can compromise testosterone levels, resulting in mediocre, run-of-the-mill mass gains. 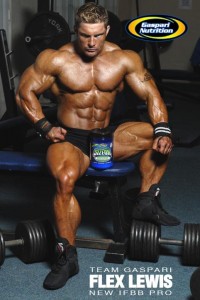 Space your whole-food meals and protein shakes into two-to three-hour intervals so that you’re eating at least six times per day. This supplies a nonstop delivery of nutrients to saturate the body and support hormones that encourage muscle repair and growth. Why not gorge on a couple of big meals instead? Larger, less-frequent meals promote bloating, poor absorption and fat storage. Exactly what you don’t want.

Nobody wants to eat a huge meal and then hit the iron, but a good-sized preworkout meal helps elevate insulin secretion, counteracting the tissue damage that comes with hardcore training. An increase in insulin, coupled with the presence of plenty of amino acids, will negate the “tear down” mechanism typically exerted during training.

#6 Shake It Up During Training

A large pretraining meal may cause too much abdominal discomfort for some, so an effective alternative is a shake comprised of 20 g of whey and 20-40 g of fast-acting carbs, such as Vitargo or even simple table sugar. Consumed during training, it can fight muscle breakdown and create an anticatabolic effect in which glucose (carbs) and amino acids are used during the workout.

Within 30 minutes of training, nothing beats a shake comprised of 40-60 g of easy-to-digest whey protein paired with a carbohydrate drink or other fast digesting carbs, such as Cream of Rice or white bread, providing 40-100 g of carbs. After a workout, muscles are in a “pulling state,” meaning they can pull in nutrients and make use of protein and carbs to kick-start the growth process. This quick remedy also shuts down Cortisol, the muscle-wasting hormone that increases with training. 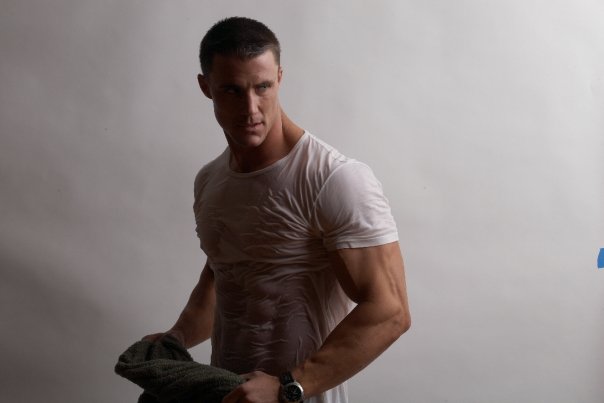 Short for nitric oxide, NO primarily comes from the inclusion of arginine-based products consumed before training. Arginine is the amino acid that not only supports growth hormone, but also facilitates NO release. Nitric oxide acts in an expansionary manner; it facilitates blood flow to the muscles, supporting the valued “pump,” a major factor in muscle recruitment and growth. 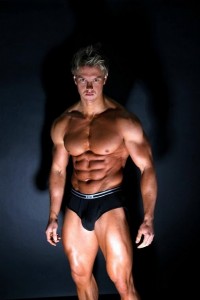 Of the great variety of supplements on the market, few have a track record as impressive as branched-chain amino acids. Five to 10 g taken both before and after training will help block muscle breakdown, increase protein synthesis and suppress hormones that might otherwise interfere with recovery. There’s even evidence that BCAAs may keep testosterone levels from falling.

Seeking mass? Like we said in principle 3, fat is not the enemy, so don’t fall for that trap and eat too little of it for fear of getting fat! Eat at least eight ounces of beef each day. Besides protein, beef contains fat and cholesterol that support normal testosterone production. Salmon, two or three times per week, or fish oil capsules taken daily, provide omega-3 fatty acids that fight muscle inflammation and encourage the glycogen-storing process.

One gram per pound of bodyweight–that’s the generic advice. A better way is to occasionally shift your protein consumption. Once every two weeks, skip the generic intake and lower your protein to 0.7 g for a couple of days before moving it up to 2 g per pound of bodyweight for two or three days. The specialized amino acid pools that dispense the building blocks for growth will sop up more aminos and hold even more in reserve, leading to enhanced protein synthesis.

The lowest common denominator in muscle contraction is energy; without it, muscles can’t work. Creatine acts as an energy source by helping replenish adenosine triphosphate (ATP), the basic energy component for the contraction of muscles. Unless you’re new to bodybuilding or have been sleeping under a rock, you know that creatine increases strength, improves the forcefulness of muscle contractions and even supports protein synthesis. Five grams taken before and after training will result in greater strength followed by new gains in muscle mass after just a few weeks. 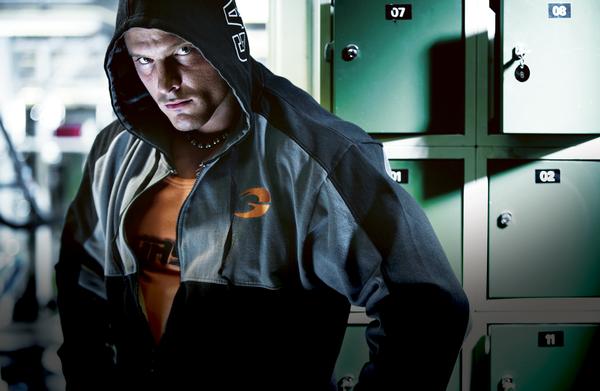 What happens when you bring your calories way up every once in a while? The math says all those added calories should make you fat, but the reality is you get bigger. If you are eating, say, six meals per day with 40 g of protein and 50-70 g of carbs with moderate amounts of fat, increase that to 60-70 g of protein, 100-125 g of carbs and even more dietary fat. Overeating once every two weeks forces the body to increase the production of hormones, such as thyroid, testosterone and IGF, helping turn the added calories and protein into muscle.

Generally, a bodybuilder needs 2-3 g of carbs per pound of bodyweight each day. However, the body acclimates to the same carb level, so once every three weeks, take it down to 1 g of carbs per pound of bodyweight for three days, then jump up to 4 g for a couple days. The reason: lowering carbs and then subsequently raising them can pack in more glycogen and stretch the upper threshold limit of glycogen storage capacity.

#17 Powder A Third Of Meals

If you are eating six times per day, use a protein powder as a supplement for two, or maybe even three, of those meals. Powders are more readily absorbed than foods such as chicken and beef, ultimately influencing the amount of intact amino acids available for muscles. Easy access to protein without the fuss and fight of extra digestion improves your chance of growth. 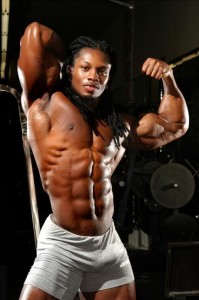 A zero-fat or very low-fat intake can compromise your testosterone levels when trying to add mass. So don’t be a fat freak and avoid it as if it’ll kill you. In fact, I suggest eating red meat at least once each day. Besides containing moderate amounts of fat, it’s also a good source of cholesterol, which supports testosterone production. Zinc and, indirectly, B vitamins, also play a role in testosterone support. Better yet, cook with fresh garlic. It’s purported to make the receptors on muscles more sensitive to circulating testosterone, which may allow for greater testosterone uptake and muscle repair.

Training jacks up testosterone and helps make receptors for testosterone inside muscles more dense. Over time, however, the training-induced testosterone burst can wane. This is where testosterone boosters help. Taking 250-500 mg of Tribulus terrestris and 100-300 mg of Eurycoma longifolia preworkout and before bed can increase luteinizing hormone, which increases testosterone production. Nutritionally speaking, although food is paramount, you still need the right hormonal profile to make serious gains.

What could possibly be wrong with eating lots of veggies? Fiber. If building mass is your goal, go easy on veggies to make room for plenty of energy-and protein-dense food, such as meats, fowl, pasta, potatoes, rice and bread. Fiber-based vegetables take up too much room in the stomach, preventing you from eating the quantity of food required to grow. Also, they interfere with the absorption of other nutrients and even compromise testosterone uptake when eaten in large quantities.
Author: Chris Aceto
References:
http://www.muscleandfitness.com/
http://www.flexonline.com/
COPYRIGHT 2010 Weider Publications
COPYRIGHT 2010 Gale Group