Caffeine is one of the most commonplace stimulatory drugs ingested in everyday society, and with that often comes misuse and misinformation. Not surprisingly, when you walk into most any grocery or convenience store you’ll come across a plethora of “energy drinks” infused with copious amounts of caffeine. Many individuals just sort of nonchalantly sip on caffeine throughout the day, since coffee is pretty much the beverage of choice in everyday society.

That being said, if you use caffeine prudently and methodically it can be one of the most beneficial compounds to help you reach your performance and physique goals.

Read on as this guide will bring you everything you need to know about caffeine: What it is, how it works, the benefits and risks of it, and how to use it optimally.

What exactly is caffeine?

On a molecular level, caffeine is an alkaline, organic (i.e. carbon-based) compound that belongs to a class of substances called methylxanthines . Methylxanthines serve to stimulate the central nervous system (CNS) and heart, and they are naturally occurring in coffee beans, tea leaves, some fruits and other foods/plants.

The chemical nomenclature for caffeine is “1,3,7-trimethylxanthine” so some companies may use that on their ingredient label instead.

Physiologically speaking, methylxanthines serve as acetylcholinesterase and phosphodiesterase (PDE) enzyme inhibitors–the latter of which is where we derive most of the performance benefits from. PDE enzymes are responsible for the breakdown of key cell messengers called cyclic adenosine monophosphate (cAMP) and cyclic guanosine monophosphate (cGMP).

Therefore, when PDE enzymes are inhibited, cAMP and cGMP levels increase and the metabolic processes in the cell are more rapid, and thus you feel stimulated. 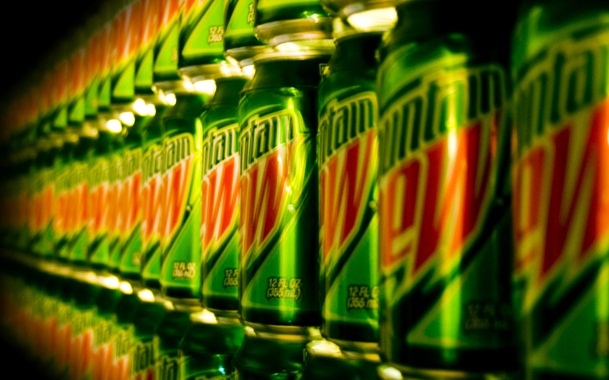 Overview of the effects from stimulating the CNS

Many readers may recall that the CNS is comprised of the spinal cord and brain in humans, and it is the route to send and receive signals between every part of the body. Upon ingestion of PDE inhibitors/CNS stimulants, such as caffeine, degradation of cAMP and cGMP is decreased and the body is sent into a sort of “overdrive” mode.

The primary short-term effects of this are:

The half-life of caffeine is rather short (about 3-6 hours) so it needs to be properly timed (which will be discussed further later on).

Some of these above effects are desirable, while others may not be very beneficial for performance enhancement (specifically vasoconstriction and frequent urination).

How caffeine can enhance athletic performance

Studies suggest that many of the performance-enhancing benefits of caffeine come from its arousing effects via increases in catecholamine production and bronchodilation. (1, 2) In turn, this leads users to “feel” more amped up when they train and their rate of perceived exertion (RPE) decreases. (3, 4)

Essentially, you feel more able to work harder, longer and thus performance increases.  Obviously this is great for gym-goers as this often results in training improvements, such as more total weight lifted and increased calorie expenditure. On a more physiological (as opposed to psychological) level, caffeine may promote the thermic effect of meals and enhance carbohydrate and fatty-acid metabolism during exercise, however the literature on this is a bit underwhelming at this point. (5, 6)

That being said, caffeine does certainly appear to benefit those looking to shed off fat due to its aforementioned performance-enhancing benefits and a greater capacity to perform work. 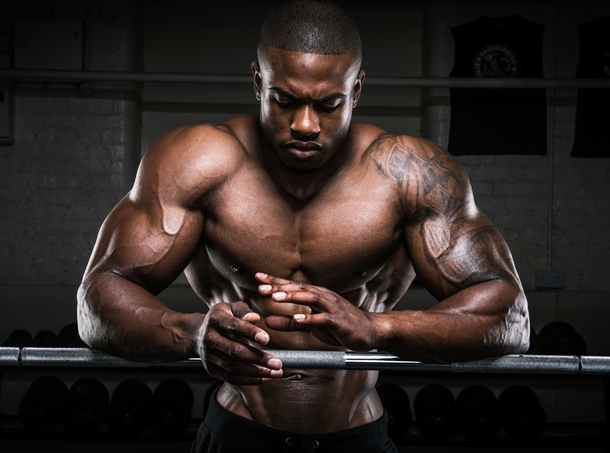 Summary of benefits and drawbacks of using caffeine pre-workout

Caffeine is undoubtedly a worthwhile addition to your pre-workout supplement regimen, but it behooves you to use it according to your goals and specific training plans. For example, recreational and competitive bodybuilders have much to gain from caffeine usage, whether they’re looking to build muscle or shed fat. However, certain sport-specific skills require use of precise motor coordination, so for athletes caffeine may hamper performance during a competition.

Be cautious with your caffeine usage prior to sporting events if you tend to be jittery and/or anxious after taking it.

The main ergogenic benefits of caffeine appear to be mediated by:

Like any other drug, there are side effects/undesirable effects to be had from using caffeine, which may include:

This is good segue into the next section which will discuss just how much caffeine individuals should take and when they should take it.

Do to its stimulatory nature, caffeine is a bit more complex than most supplements in regards to maximizing benefits while limiting side effects. Research contends that there is no significant dose-response relation when caffeine is ingested prior to exercise. [8] In essence, taking an excessive amount of caffeine doesn’t confer more benefits and may actually lead to more side effects.

The prudent thing to do is find the “sweet spot” dosage for yourself and cycle your use of caffeine so you don’t become dependent on it.

So just what is that “sweet spot” dosage you ask?

Research corroborates that, depending on the individuals own sensitivity to caffeine, the best doses range from 1-3mg per kilogram (kg) of bodyweight. [9] For those using the imperial system, a kilogram is equal to 2.2 pounds. Therefore, a 220lb athlete (100kg) would use around 100-300mg of caffeine prior to exercise/competition. You may notice that the range for the recommended dose is rather wide, and this is why everyone will need to use some trial-and-error assessment of their own reaction to caffeine.

Start by using the minimum recommended dose based on your bodyweight and simply increase the dose if you don’t notice much performance enhancement.

Recall from earlier that caffeine has a half-life of 3-6 hours, so it is advised that you take your pre-workout dose of caffeine about 30-45 minutes beforehand. If you are training on a n empty stomach/fasted you could notice the effects even as quickly as 10-15 minutes after taking it. Most trainees/athletes like to eat a pre-workout meal, and in that case it will likely be best to take caffeine about an hour or two after you’ve eaten.

This should allow enough time for your pre-workout meal to digest and minimize any acute gastrointestinal upset that may occur from caffeine. Again, trial and error is a crucial component to optimizing your intake of caffeine.

Caffeine is a discrete chemical, so whether it comes from natural (i.e. coffee, tea, chocolate, etc) or synthetic sources (pill/powder form, energy drinks, supplements, soda, etc) it won’t make much of a difference. The most common form of supplemental caffeine is caffeine anhydrous and can be purchased from most any health supplement store. For the idealist, supplemental caffeine powder may be best since you can manipulate exactly how much caffeine you take in by using specific amounts.

However, most energy drinks and pre-workout products will include the caffeine content on their label. For coffee lovers, the general rule of thumb is that a “strong” cup of black coffee contains about 200mg of caffeine. 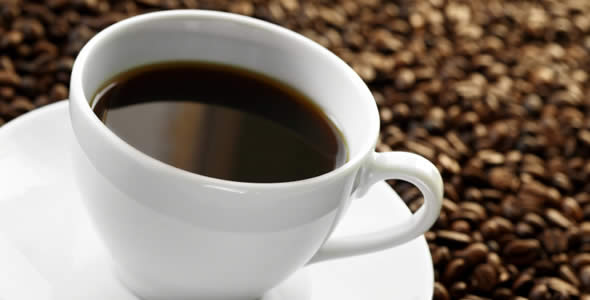 How to overcome desensitization

Caffeine has a caveat in that the more you use it, the less sensitive you become to its effects. This in turn gradually increases the amount of caffeine needed to achieve performance benefits. It’s not uncommon to come across habitual coffee drinkers that don’t feel a thing after drinking an entire pot, or they get a short-lived burst of energy and crash about 30 minutes later. It’s safe to say that if you’re at the point where you can guzzle down a few shots of espresso and not notice much, you probably need to back off the caffeine for awhile. Another cue that it’s time to cut your caffeine intake is when the side effects start to outweigh the benefits.

There are a medley of variables that come into play when figuring out how to properly cycle caffeine use to avoid becoming “stimmed out,” but a baseline recommendation is that for every 8-12 weeks of using caffeine you should aim to take 1 to 2 weeks off of it (and most any other stimulants).

Some individuals may notice they tolerate caffeine rather well for months on end, in which case I would say don’t fret too much about cycling off if you’re achieving great results. On the contrary, certain people may need to cycle off caffeine every 3-4 weeks or they become rather dependent on it (i.e. daily functioning becomes daunting without caffeine). If you are only taking caffeine a couple times per week, you could likely keep it in your regimen indefinitely without cycling off at all. Again, it’s wise to listen to your body and experiment.

Once you learn how you respond to caffeine’s effects the process of fine-tuning your dose and usage will be much easier.

Should you use caffeine?

The research on caffeine is rather positive so it is hard to argue against the postulation that most athletic and physique endeavors can be enhanced by using it. For the majority of trainees/athletes though, caffeine needs to be assessed by the user through anecdotal experience to see whether the effects will help them achieve their goals or not. At the end of the day it will be up to the user to decide if they like the way it affects them.

Furthermore, like with most any other supplement or drug, it is best to consult with a licensed physician prior to beginning your usage of such products, especially those with pre-existing medical conditions. Caffeine at sufficiently high doses (>5g) can be lethal, so please be cautious with your use of it.

Hopefully this guide has given you a greater grasp on how to optimize your usage of this popular drug. It’s hard not to recommend caffeine to most any gym-goer, even if you’re just a weekend warrior looking for a little extra pep in your step after a hard week at the office. Then again, you are reading this article on Simplyshredded, so I’d surmise you’re a bit more serious than the average Joe. Now go drink some caffeine and get your sweat on!