Creatine is a molecule in an energy system (creatine phosphate) that can rapidly produce energy (ATP) to support cellular function, and this underlies performance enhancing and neuroprotective properties of creatine. A remarkably safe and well researched supplement for most people.

What does creatine supplementation do?

Creatine is the most common sports performance supplement, catered mostly towards increasing the rate of muscle growth and increasing power output with somewhat lesser but present benefits on skeletal muscle endurance. Basically, it lets you lift a bit more. Beyond these usages, which are the most common reasons people choose to supplement creatine, creatine supplementation also appears to have neuroprotective properties and may act as a cognitive enhancer (for vegetarians) or antidepressant (currently only shown in females). Although not directly demonstrated in human interventions, the mechanisms of creatine supplementation also suggest it can preserve cellular integrity (reducing apoptosis rates) and promote cellular longevity. Basically, it has a lot of other side-benefits.

In a sense, creatine supplementation will give cells more energy to work with, and allow those cells to function better.

How does it work?

Creatine is involved in a system known as the creatine phosphate system, where creatine and creatine phosphate interchangeably donate or accept a phosphate group[1]. This phosphate group can readily replenish other molecules that lose theirs and need a replacement, and the most notable and relevant example of this is replenishing ATP (adenosine triphosphate) from ADP (adenosine diphosphate). ATP is the main ‘energy currency’ of a cell. Creatine lets you replenish ATP directly without needing to go through a lengthy process of breaking down other molecules into it.

Creatine supplementation merely increases the pool of creatine in a cell, and allows for a greater total phosphate donation to occur, resulting in more ATP replenishment.

At this point in time, there are no clinically relevant side effects known to be caused by creatine supplementation. ‘Clinically relevant’ in this sense means anything that can cause adverse effects to your health (such as kidney or liver damage, both of which have equivocally refuted), as there are a few ‘side-effects’ associated with creatine supplementation. Taking too much creatine at once, due to a combination of limited intestinal absorption in high doses and drawing water into the intestines, can cause diarrhea. Additionally, the water drawing properties can lead to an upset stomach or nausea.

These can be avoided by taking creatine with ample water, and not taking an excessive amount of creatine at once.

How much should I take?

Creatine, for a nonathletic or slightly athletic person, is only required in a dosage of 2-3g or so daily[2][3]. For those who are athletic and have a higher rate of creatine turnover in muscle tissue (the biggest creatine ‘reservoir’ in the body), a minimum dose of 5g a day might be required (for prudency, the 2-3g range still seems effective).

Loading periods can be useful, particularly in seeing if you are a responder to creatine supplementation (as water weight gain will be more noticeable), but are by no means needed. 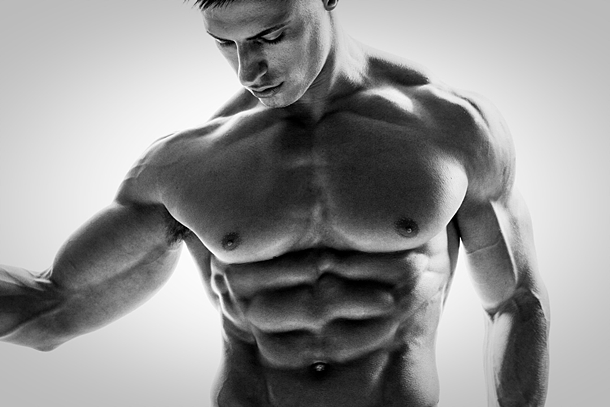 Do I need to cycle creatine?

Creatine does not need to be cycled. The traditional usage of creatine cycles (1 week loading, 3 weeks maintenance, 1-2 weeks off) is fairly redundant anyways as creatine takes much longer to clear the body[4]. Since creatine does not act upon any receptors and there is no known ‘creatine sensitivity’ because of this there is no need to take a break from creatine.

Products are usually cycled because your body developers a tolerance to them – this does not apply to creatine supplementation.

What happens if I go off of creatine?

When creatine supplementation is ceased, it takes anywhere from a few weeks to a month for creatine levels in the body to normalize to pre-supplementation levels. The variance in how long it takes to clear the body depends on how much you exercise (more exercise accelerating the rate of normalization) and how much creatine was initially stored in muscle tissue. Although supplementation of creatine does acutely suppress your body’s production of creatine (suppresses the rate limiting enzyme[5][6]), creatine production is restored within a day or two after stopping creatine. There does not appear to be any noticeable ‘down’ period following cessation of creatine usage, and creatine synthesis being hindered might not actually be bad (some health effects, such as preservation of SAMe for other processes[7].

There will be an associated loss of water. There will be no loss of muscle – any musculature created while on creatine will remain if you cease supplementation.

Does creatine cause baldness?

Creatine has once been implicated in increasing DHT [8], a more potent androgen that is implicated in power output (good) but also hair loss in susceptible men and prostate cancer (bad). While the increase in DHT and hair loss is not a concern if you have a robust head of hair, those with a receding hairline may experience an acceleration of their rate of hairline receding when using any androgenic supplement that can increase DHT. Despite the concerns with creatine supplementation and hair loss, no trials have been conducted on the topic. Although DHT itself is a negative stressor, creatine accumulation in hair cells is protective of them secondary to increasing energy production; the ultimate effect of creatine supplementation in men with a receding hairline has not been investigated.

It makes logical sense that creatine may have a detrimental effect on your hair, but how quickly and how much is completely unknown at this time.

When should I take creatine?

Creatine can be taken at any time, and it will reside in skeletal muscle tissue until it is required (unlike pre-workout supplements like caffeine or citrulline). There is some evidence that suggests (but does not prove) that taking creatine alongside caloric and nutrient intake would be more beneficial than taking it in a fasted state, so it may be prudent to take creatine with meals.

Taking it with meals may also reduce the risk of an upset stomach in those with sensitive stomachs.

Do I need to load creatine?

Creatine does not need to be loaded (‘loading’ referring to taking 15-20g of creatine throughout the day for the first 5-7 days you use creatine supplementation, followed by a more moderate ‘maintenance’ period of 2-5g daily), although loading is not necessarily negative either. A loading protocol will allow you to reach your maximal bodily levels of muscle creatine faster than just straight shooting 5g daily, although taking 5g daily will eventually cause the same degree of saturation.

Over the long period there will be no significant difference, but if your stomach can handle it then the loading protocol may be more beneficial for the first few days of creatine usage. 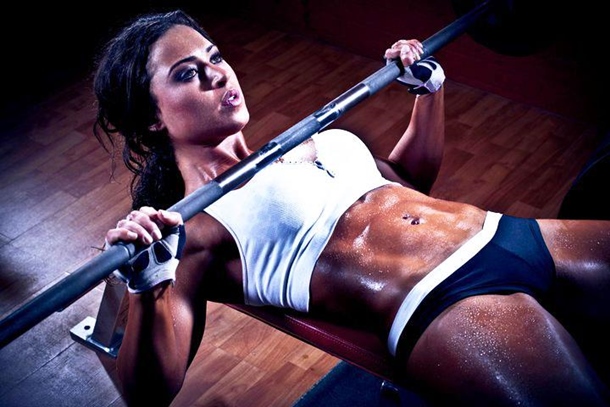 Will creatine cause me to bloat?

Although creatine will not make you ‘bloat’ in an adverse sense, it does indeed increase water weight. This water weight is mostly localized to skeletal muscle, as water weight with creatine supplementation is gained wherever creatine is stored on the body. Due to this, it is more likely that creatine will cause a visual ‘inflation’ of the muscles rather than causing one to look softer and fatter.

There is a possibility with intestinal bloating due to taking too much at once and getting stomach cramps, which can be avoided by taking more moderate dosages or drinking more water with the creatine supplementation.

What’s the best form of creatine?

Creatine does not really have a ‘best form’ at this point in time – for all intents and purposes, creatine monohydrate is as effective as any other version. While other newer forms such as creatine HCl or creatine nitrate may be more water soluble, they are not demonstrated to actually be more effective at building muscle.

Creatine monohydrate, usually ‘micronized’ (helps with water solubility), is recommended since it is both effective and cheap when other forms are equally effective but more expensive.

How does creatine affect my fat loss?

Creatine does not have many significant interactions with fat loss, so an accurate assumption would be that creatine will not affect the rate of fat loss at all. Long-term trials on creatine fail to note any alteration in fat mass relative to placebo when exercise is not included.

With the inclusion of exercise, as creatine helps in power output, it would have a slight effect in aiding in fat loss.

How does creatine affect my cognition?

In an overall healthy omnivore with sufficient sleep, creatine is still neuroprotective and beneficial for the brain. However, there are unlikely to be any noticeable effects on cognition[9][10]. In sleep deprived omnivores, creatine supplementation can somewhat attenuate the negative effects of this state on performance.[11][12]. In vegetarians or vegans, creatine supplementation can be referred to as a cognitive enhancer[9].

Only in this population, which are somewhat deficient in creatine due to not eating meat products, and in the elderly [13] does creatine increase memory formation and attention reliably.

Are creatine products on the market vegan?

Although creatine was discovered in meats and the first few years of research had to extract creatine from meat, creatine has since been synthesized in lab settings using cheaper source materials which are usually plant based.

It is wholly possible to get a vegan creatine product, although one may wish to contact the supplement company they want to purchase from to confirm.

When should I take it?

Take creatine whenever it is convenient for you. Creatine is not a stimulant of any kind (you need to time stimulant usage); it works on saturation, so as long as your body is saturated, you’re good.

So if you take it in the morning right after you wake up, before your workout, or right before you sleep – it doesn’t matter. Just take it. 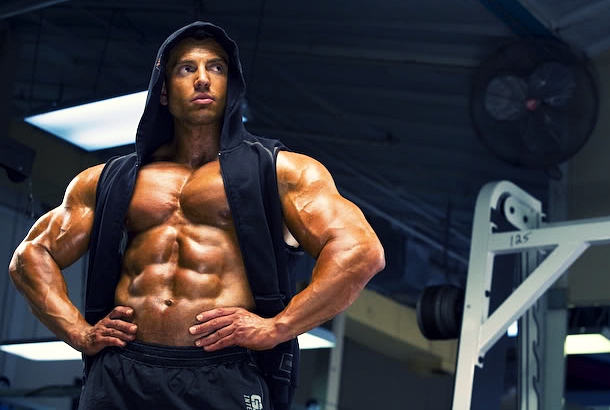 Does it do anything else?

There’s a lot of research coming out that shows creatine can help in a lot of ways. It could help against depression [14], against neurological disease, exert membrane protective effects, be anti-diabetic [15], and even help cognition.

In fact, being completely deficient is a genetic disorder that results in mental retardation.

Creatine works. It’s not going to make you super strong overnight, but it will allow you to lift heavier. You keep at it, and over time, creatine will make you stronger. Not only that, it has the potential to help in a variety of ways – cell membrane, neuroprotective, and so forth.

Author: Sol Orwell
This article was contributed to Simplyshredded via Examine.com