It’s not uncommon to hear claims that dietary protein eaten in excess of some arbitrary number will be stored as body fat.

Even those who are supposed to be reputable sources for nutrition information propagate this dogma. These claims however tend to drastically ignore context. Paging through one of my old nutrition textbooks I came across a section in the protein chapter regarding amino acids and energy metabolism [1]. To quote the book directly:

“[E]ating extra protein during times of glucose and energy sufficiency generally contributes to more fat storage, not muscle growth. This is because, during times of glucose and energy excess, your body redirects the flow of amino acids away from gluconeogenesis and ATP-producing pathways and instead converts them to lipids[…] The resulting lipids can subsequently be stored as body fat for later use.”

This is, more or less, supported by another textbook I own [2]:

“In times of excess energy and protein intakes coupled with adequate carbohydrate intake, the carbon skeleton of amino acids may be used to synthesize fatty acids.”

While these passages do take into account the metabolic state of the person, I still find these explanations (the first one especially) to be lacking, borderline misleading. Indeed, more recent evidence is needed when talking about amino acid conversion to fatty acids. While the metabolic pathways to convert amino acids to fatty acids do, in fact, exist in the human body, the reality of the matter is that under almost no circumstance will this ever happen.

What is to follow is the long explanation as to why this is true. 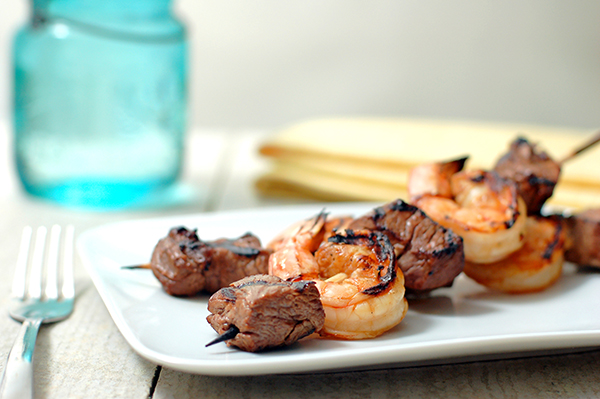 While the physical breakdown of proteins does take place in the mouth, it’s not until proteins reach the stomach that any appreciable chemical breakdown occurs; this is facilitated by hydrochloric acid (HCl) and the enzyme pepsin (converted from its inactive form, pepsinogen). Once the initial protein denaturing and peptide cleaving is complete, the product polypeptides pass through the pyloric sphincter of the stomach and into the proximal small intestine. The proximal small intestine (the duodenum to be exact) is where most of the digestion of proteins and virtually all of the absorption of amino acids occurs (a very small amount do get excreted in the feces). Here even more digestive enzymes are present to break down the remaining polypeptides into their individual amino acids along with some trace amounts of di- and tri-peptides.

Once broken down completely, the free amino acids and di-/tri-peptides can then enter the cells of the small intestine where some (especially glutamine) are used for energy within the intestinal cells, with the remaining passing through into hepatic portal circulation. Those that do pass into circulation are destined for the liver.

Before we head on over to the liver and discuss amino acid metabolism with regards to the initial claims, I would first like to touch upon another related (or variant) claim that some of you may have heard in the lay media or from an uneducated classmate, etc. It usually reads:

“The average person can only absorb 30 grams of protein at one sitting. Anything above that will be stored as fat.”

Unlike the claims in the introduction, this one offers no context whatsoever. Moreover, it’s downright moronic. While this assertion sounds like straw man argument, readily poised for the takedown, I actually got this gem of wisdom from an online article written by a Registered Dietitian. Believe me; I couldn’t make this crap up if I wanted to (note: this isn’t to slander the RD profession, this just an example which happened to involve someone who should know better).

For instance, let’s take someone who eats, dare I say it, 40 grams of protein in one “sitting” (whatever that means). If we are to assume only 30g are absorbed at a time, then it’s safe to say that the extra 10g will be excreted in the feces. This, however, is just plain false. The gut’s ability to absorb protein is somewhere in the ballpark of 95% (i.e. only ~2g aren’t absorbed in our example meal). Nevertheless, based on the initial argument, how are you supposed to store 10g of excess protein as body fat if you can’t even (allegedly) absorb it in the first place? Most people (who I can understand don’t have a degree in nutrition) don’t realize the difference between utilization and absorption and make this error.

I’m not quite sure what this RD’s excuse is, because, in order to store or metabolize a nutrient (i.e. utilize it), it must first be absorbed into the body. 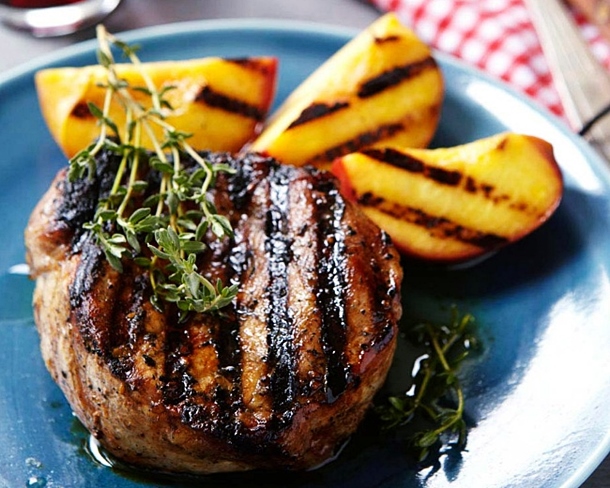 The bottom line is that your body will take its sweet time absorbing protein, no matter the amount. And this will vary from source to source. In the end, however, 30g is just an arbitrary number that has no roots in scientific evidence.

At this point let us circle back to the initial claim, that excess protein, which has already been absorbed, during times of adequate energy and carbohydrate intake, is predominantly converted to fatty acids and stored as body fat.

As we’ve already covered, the amino acids released from the small intestine are destined for the liver. Over half of all the amino acids ingested (in the form of protein) are bound for and taken up by the liver. The liver acts almost as a monitor for absorbed amino acids and adjusts their metabolism (breakdown, synthesis, catabolism, anabolism etc.) according to the body’s metabolic state and needs [2]. It is here the initial claim comes into play.

While the pathways for fatty acid synthesis from amino acids do exist, no argument there, the statement that all excess protein, under specified conditions, will be stored as fat ignores recent evidence.

Enter one of the most tightly controlled studies of our time.

In 2012, George Bray and colleagues [3] sought to examine whether the level of dietary protein affected body composition, weight gain, and/or energy expenditure in subjects randomized to one of three hypercaloric diets: low protein (5%), normal protein (15%), or high protein (25%). Once randomized, subjects were admitted to a metabolic ward and were fed diets at 140% (+1,000kcals/day) of their maintenance calorie needs for 8 weeks straight. Protein intakes averaged ~47g (0.68g/kg) for the low protein group, 140g (1.79g/kg) for the normal protein group, and 230g (3.0g/kg) for the high protein group. Carbohydrate was kept constant between groups (~41-42% of total calories), with dietary fat ranging from 33% in the high protein group to 44% and 52% in the normal and low protein groups, respectively. Lastly, during the course of the 8-week overfeeding period, subjects’ body composition was measured bi-weekly using dual x-ray absorptiometry (DEXA; i.e. the “Gold Standard” for measuring body composition).

At the end of the study, all subjects gained weight with near identical increases in body fat between the three groups (in actuality, the higher protein groups actually gained slightly less body fat than the lower protein group, however, this wasn’t significant). The group eating the low protein diet gained the least amount of weight (3.16 kg) with the normal and high protein groups gaining about twice as much weight (6.05 and 6.51 kg, respectively).

See the chart below.

However, the additional 3 kg of body weight gained in the normal and high protein groups was shown to be due to an increase in lean body mass and not body fat. To quote the conclusions of the authors:

While we can’t say for sure the exact composition of the lean mass that was gained, we can assuredly say that the extra protein was not primarily used for fat storage. My hunch is that the excess protein that was not used for synthetic purposes was mostly converted to glucose (via gluconeogenesis) and stored subsequently as glycogen with the accompanying water weight.

Either way, it wasn’t body fat.

So before we continue, let’s just take a second for this to sink in. These subjects were literally forced to eat ~1,000kcals more than what they needed to maintain their body weight for 8 full weeks (not an easy task, even for the strong-willed) and even then it was seen that the protein contributed to increases in lean body mass rather than body fat. Given the initial claim – that once energy, glucose and protein requirements are met all excess amino acids will get converted to fatty acids and stored as body fat – I find it hard to argue that those in the normal and high protein groups did not meet any of the aforementioned requisites. In reality, they far and away surpassed them, yet still did not gain additional body fat compared to the lower protein group. This is in stark contrast to what is thought.

In the end, however, we’re still left with the quintessential question underlying the whole concept, and that is: what is the maximal amount of protein (amino acids) that the body can effectively utilize before being converted to fatty acids and stored as body fat?

Given the results of this study; it appears that this number is either way higher than three times the current RDA with concomitant hypercaloric intakes for weeks on end, or; it requires a similar overfeeding protocol drawn out over a longer time period at which point lean mass gains would plateau and fat mass would accrue. Either way, both situations are highly unlikely for the general public and even those consciously trying to gain weight with higher intakes of protein and calories. Moreover, this upper extreme is likely to be highly individual and contingent upon other factors such as genetics, lifestyle, training status (if an athlete), etc.

Unfortunately, we just don’t have the answers to these questions right now.

So, while we do biochemically possess the pathways needed to convert amino acids to fatty acids, the chances of that ever happening to a significant degree during slightly higher protein intakes, even in the face of adequate energy and carbohydrates, are irrelevant given what we know about the extreme measures that need to be surpassed in order for any appreciable fat gain from protein to take place. Indeed, overeating by ~1,000kcals/day for 8 weeks in combination with higher protein intakes did not amount to any additional gains in body fat compared to a lower protein, hypercaloric diet. Rather, excess protein in the face of overfeeding actually contributed to gains in lean body mass (be that what it may); quite the contrary to what textbooks and classrooms teach. In reality, the chances that excess protein contributes to body fat stores are insignificant, and arguably physically impossible under normal and/or even slightly hypercaloric conditions that most people/athletes face on a daily basis.

Only until theoretical extremes are achieved, either for protein intake or calories or both, will there be any significant contributions to body fat from excess protein intake.