If I’ve seen it once, I’ve seen it a hun— … well, a bunch of times. A personal trainer or strength and conditioning specialist will make an assertion about preparing competitive athletes that goes against everything I’ve learned as an athlete and coach. And none of his peers will argue with him. Before I get into the five myths, let me assure you that I do, in fact, train competitive athletes.

I work with major-league baseball players, NFL professionals and other elite athletes, and over the past 11 years I’ve worked with hundreds of clients from all walks of life.

I’ve also competed in bodybuilding, powerlifting, and Strongman competitions, and incorporate some of each in my training programs. Which brings me to …

Myth #1: “You should train movements, not muscles.”

Ten years ago, when I worked as a trainer and massage therapist in a chiropractic clinic, I learned something important: The human body will always find a way to achieve a desired movement. That movement may be dysfunctional, but your body is going to get it done. If there’s a structural weakness, it will compensate by altering its gait or posture. The human body is wired for survival, not four-minute miles or 400-pound bench presses. 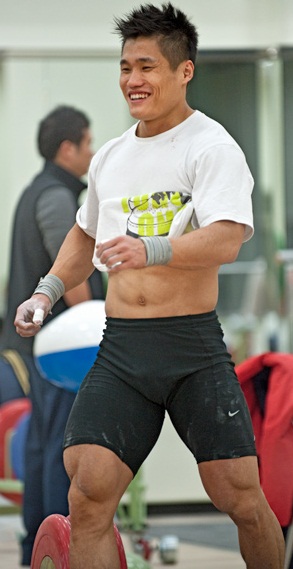 Let’s use powerlifting as an example:

As a former competitor, I’ve seen people lift massive weights with the worst technique you can imagine. If training movements really matters more than training muscles, the ones with the best form should’ve won and the ones with the worst form should’ve lost. Instead, the ones with the strongest muscles won. Sometimes they also had great form, but often they didn’t. Strength, in my experience, never improves in a systemic, linear way. In just about any compound movement, performance will improve when you identify and strengthen the weakest muscle group within that movement. That’s why a powerlifter might be able to add 25 pounds to his bench press by increasing strength in his triceps. Similarly, strengthening your lower trapezius and serratus anterior can add several pounds to your overhead press.

We must focus on the prime movers in any action that’s crucial to athletic performance, whether we’re talking about running, jumping, or hitting a baseball. Improve the function of those muscles, and you improve the athlete.

If I asked you this — “Can weakness in a single muscle decrease performance?” — you’d say “yes.” We all know this. And yet, the idea of using single-joint movements to strengthen specific muscles is widely disparaged. That said, it’s not always obvious where the weakness is, or the best way to fix it once we find it. That’s why physical therapists, chiropractors, strength coaches, and other rehab specialists have jobs. My point is that we have hundreds of exercises to select from when we design training programs.

We shouldn’t eliminate an entire category of exercises — you never know when they’ll come in handy. 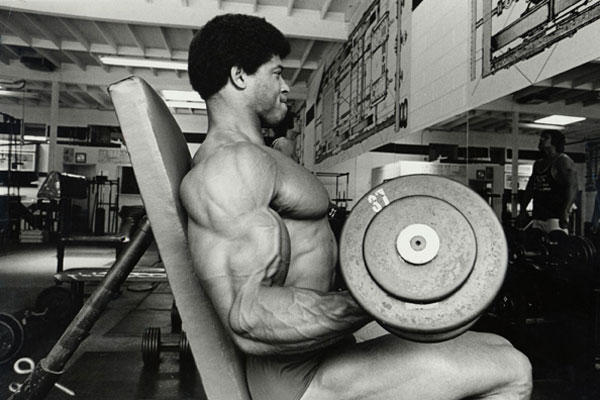 Myth #3: “Olympic lifts and plyometrics are necessary to improve rate of force development.”

Countless strength coaches believe that in order to be fast you must train fast. That’s why Olympic lifts are staples in athletic training. I don’t see it that way. Rate of force development is movement-specific, involving a combination of reaction time, maximal strength, flexibility, coordination, and familiarity with the task. Of those qualities, at least two are somewhat genetic — you either have great coordination and reaction time, or you don’t. They’re among the least trainable qualities athletes need to succeed.

On the other hand, strength is the most trainable of all athletic qualities. That’s where coaches need to focus in the weight room. And I’ll be even more specific: In my experience, the eccentric strength of the antagonist muscles is what limits the ability of the prime movers to produce speed and power.

Take a pitcher in baseball.

With sprinters, I’ve had a lot of success by emphasizing the eccentric strength of the hamstrings.

The hamstrings have a dual role in sprinting: they’re the prime movers — the agonists — during propulsion. That is, they combine with the other posterior-chain muscles to make you go. But when you’re recovering from that part of the running motion, they’re the antagonists to the hip-flexor muscles, which are responsible for pulling your thigh up toward your chest. We call this the “late swing phase” of the sprint cycle, and it’s when most hamstring injuries occur.

In other words, the hamstrings are most likely to get injured when they’re working eccentrically, as the antagonists to the hip-flexor muscles. My job as a coach is to increase the eccentric strength of the hamstrings in the sprinters I train.

With Darvis Patton, I like to use a semi-stiff-legged deadlift with a 40X1 tempo — four seconds to lower the weight to the floor, no pause, an explosive lift, and a one-second pause at the top. He can do five reps with 405 pounds, which is pretty impressive for a drug-free athlete who’s six feet tall and weighs just 174 pounds. We also use trap-bar deadlifts and podium deadlifts, but no box jumps, power cleans, or power snatches. 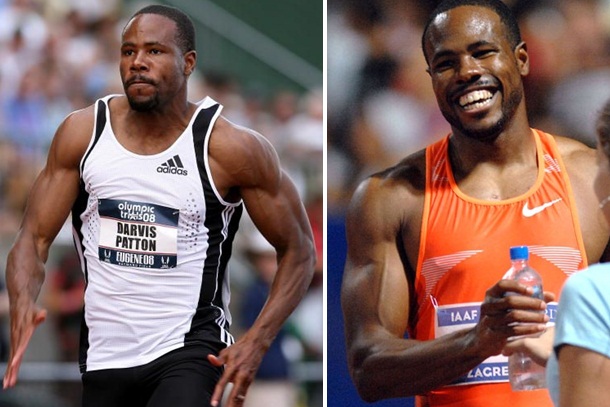 I started my amateur bodybuilding career at an athletic 158 pounds, and in 10 years built a physique that was very lean at 207. I used split routines, like everyone else I knew back then. In fact, when I started in the early ’90s, I didn’t know people did full-body routines. Today, I don’t know of any contemporary bodybuilders or powerlifters who use full-body programs.

Westside Barbell protocols are popular for a reason: they work.

But where’s the evidence that full-body routines work? I understand that full-body routines were popular during the golden era of Muscle Beach, but most of those guys were nowhere near the size of the current crop of drug-free bodybuilders. Bodybuilders started getting bigger in the ’50s and ’60s by using split routines, like those advocated by Vince Gironda. I use full-body routines for clients who aren’t trying to gain significant amounts of muscle, including business professionals who travel frequently, in-season athletes, and some of the women I train. In my experience, the average male will make gains for about six to eight weeks before his body adapts to the routine and progress halts. 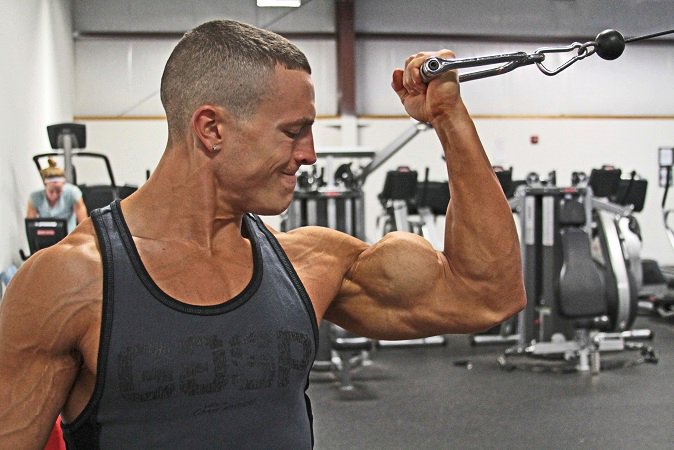 You can’t accomplish that if you’re training three hours a week and trying to hit all your major muscles in every workout. You simply don’t have the time to do it.

When an athlete’s sport requires a high level of agility, he needs to be as lean as possible. If a male athlete carries more than 12 percent body fat, I’ll address that. Same with a female athlete with more than 20 percent body fat. I consider them fat-ass athletes. Now, there are many great fat-ass athletes in professional sports. There are also great athletes that are alcoholics and drug addicts. But just because they can maintain a high level of performance doesn’t mean they wouldn’t be better if they were leaner. If nothing else, they’ll probably be less likely to suffer knee injuries.

Improving an athlete’s strength-to-weight ratio — that is, making him leaner at the same body weight without sacrificing any of his strength — improves not only his agility, but also his speed, work capacity, force-generating capabilities, and overall on-field performance. 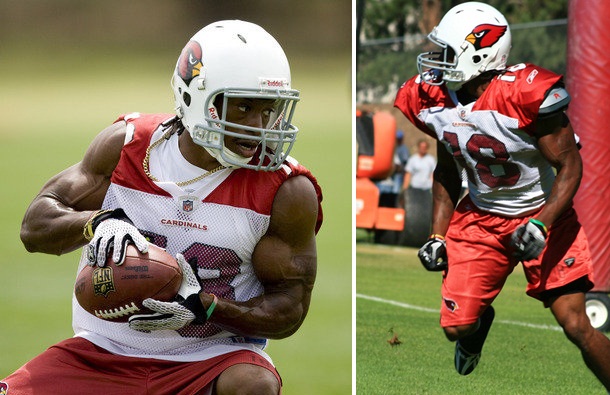 Take a defensive back who weighs 195 pounds at 10 percent body fat. Drop his body-fat to 6 percent while maintaining or increasing his strength and muscle mass, and you have a better athlete. So those are my pet peeves about contemporary training methods. What are yours?