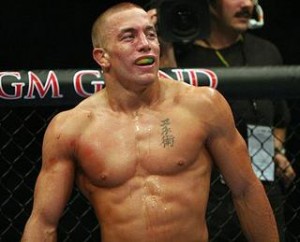 Georges St-Pierre says he’s at his best when he’s under pressure.

And with his impending fight against Matt Serra for the Welterweight Championship, which will be their second matchup (and the most highly anticipated on top of it). Find out how Georges St-Pierre’s workout uses a variety of techniques and tactics to stay on top of his opponent, including MMA (mixed martial arts), a rigorous diet and keeping a positive attitude.

“I always train with better wrestlers than me, better boxers than me, better jujitsu guys than me,” Georges St-Pierre says. “When you train with people who are better than you, it keeps challenging you. By challenging me it makes me better. It makes you better develop your skills than someone who is always training with the same people over and over again. I have a very good team.

“When I go there [other training gyms] I play their game. When I wrestle a guy like David Zimmerman, I don’t have the best of him… I wrestle well but not the best of him. But when I get into the sport and have myself in a takedown position, the guy that I’m fighting isn’t a guy like Zimmerman. It’s the same thing in boxing, jujitsu, Muay Thai. So that’s why I try to train in every single discipline with the best guys.” 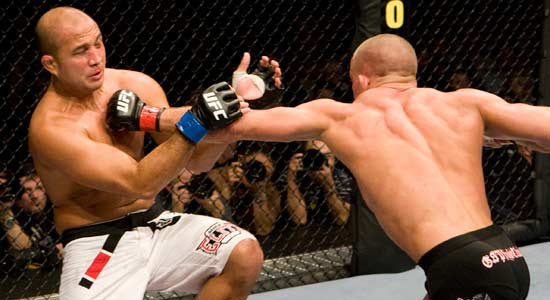 “Normally, when I don’t have a fight coming up, I always train,” Georges St. Pierre explains. “I train six days a week, two training sessions a day. I box, go the gym and I have a lot of great training partners. I train with guys who are going to the Olympics, and I train with some of the best jujitsu guys in the world. In every type of training I do, I train with better guys than me so I always develop my skills. “When I have a fight, and the fight is getting closer, let’s say a month before the fight, I don’t train by just boxing, or just wrestling. I train more MMA, and what I mean by that is I make training partners come here and I mix all the training together, like kickboxing, submission, takedown on the ground, to really give me the reflex and the momentum for the fight. “I do boxing, wrestling, Muay Thai, jujitsu — that’s the four disciplines that I do. I also do sprinting and strength-conditioning. “If you want to be a tough MMA fighter, you have to have a background in something.

I started with karate, some people are very successful in wrestling, some others in tae kwon do… There isn’t a better style — that’s a lie. There is better person but not a better style. Karate was the perfect sport for me to start with, but maybe for another person it would be kung fu or judo. It all depends on what you love to do. If you’re good at it, it’s because you love what you’re doing.” 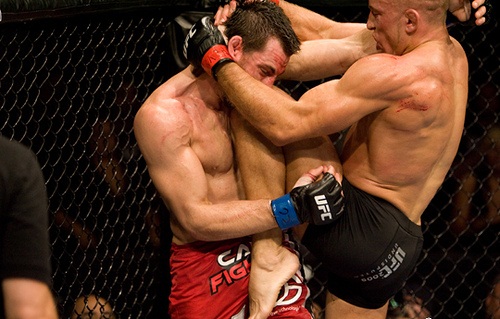 “I tend to eat as well as I can, but I use the diet to lose weight,” Georges St-Pierre says. “I weigh 185 pounds, and I have to be 170 on the scale [for the weigh-in], so in four days I’m going to lose 15 pounds. I’m gonna cut down the carbs, the sodium, and I’ll be eating a lot of greens and a lot of protein. By doing so, I’m going to restrict myself and make the weight. And after the weigh-in, I’m going to do the opposite by eating a lot of carbs and get all my weight back.

“My favorite food is tourtiere, a French Canadian dish, but unfortunately I can’t eat that when I’m cutting my weight down. It’s going to be for after the fight. My mother makes the best tourtiere in the world.” 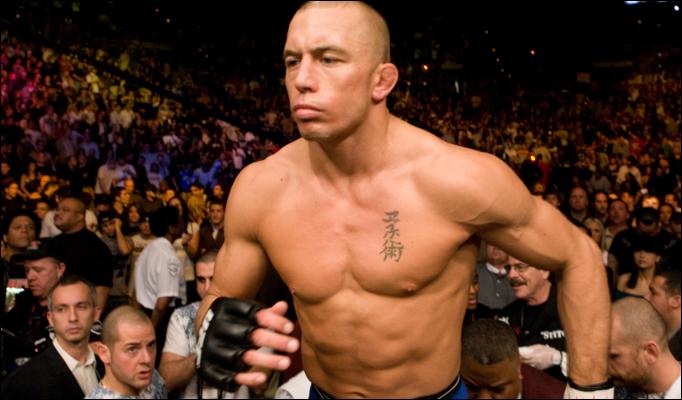 Georges St-Pierre says he trained differently for this fight than he did for previous matchups against Matt Serra. “I trained really smartly,” Georges St-Pierre explains. “Mentally, everything is going well. I’m at the top of my game right now. “It’s funny to me because it seems we’re in the same situation but the scenario is reversed. Last year when I was fighting Matt Serra, I was coming off of an injury and Matt Serra was coming from a winning streak. He beat me. He was a better man that night. And now this time it’s the other way around — he’s coming from a back injury and I’m coming from a winning streak. I think it’s going to make a big difference. Battles are won by momentum and I think the momentum is quite different [this time].”

Training With A New Goal

Georges St-Pierre continues, “After my first fight with Matt Serra, I was training with one thing in mind: get my revenge. It was the only thing I had in mind. I was not focusing on the guy I was going to fight; I was focusing on getting my revenge against Matt Serra. I was working with a sports psychologist and he said, ‘You haven’t released your brick.’ That’s what he told me. And it was true. I didn’t accept the fact that I had lost. I just wanted to jump in the ring and get my revenge, when in reality I had two fights to go before getting to Matt Serra. “So, [the psychologist] says to me, ‘You haven’t released your brick.’ He made me grab a brick and he said, ‘Carry a brick for one day and it’s not so bad. At first it’s not heavy. But if you carry it on your back every day, every single minute of your life, it’s going to get heavy. So you better get rid of it and look for what’s important to you.’ “He made me get a brick and I wrote ‘Matt Serra’ on it, and he said, ‘When you are ready to release that brick and look to the future, you’re going to take this brick and throw it into the river.’ It sounds stupid but that’s what I did.

I think it helped me to release a lot of the negative energy that I had. Instead of focusing, I kept my eyes off of the goal. So now I’m focused again on the goal. I think this helped me a lot.” 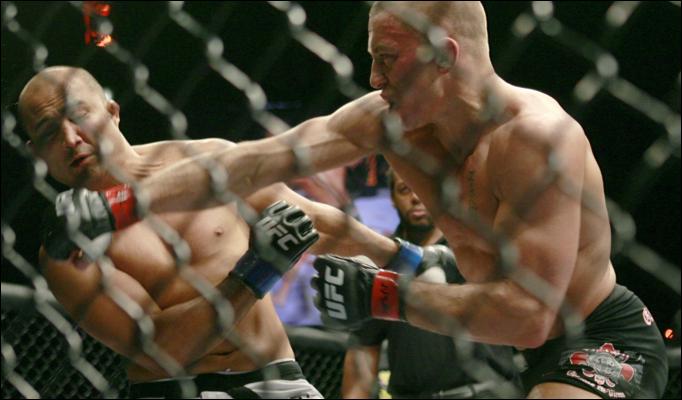 Training, for Georges St-Pierre, involves a wide range of important criteria that doesn’t begin and end with purely exercise. This UFC ultimate athlete uses a calculated combination of training, diet and mindset to overtake his competitors. And it is with this training regimen that Georges St-Pierre hopes to take back the Welterweight Championship this weekend. 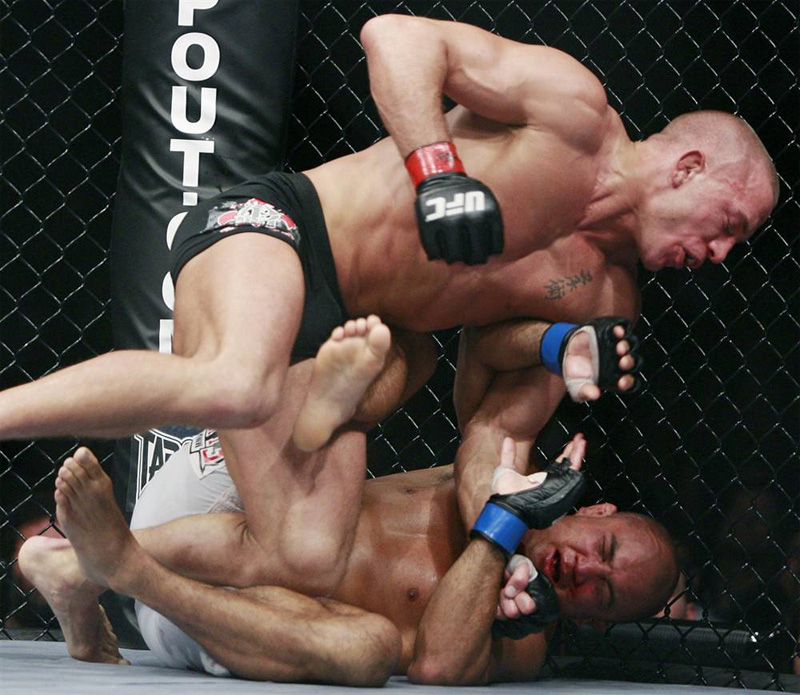