Bodyweight workouts? You may already be thinking, how tough could that be… and can they really build any muscle? 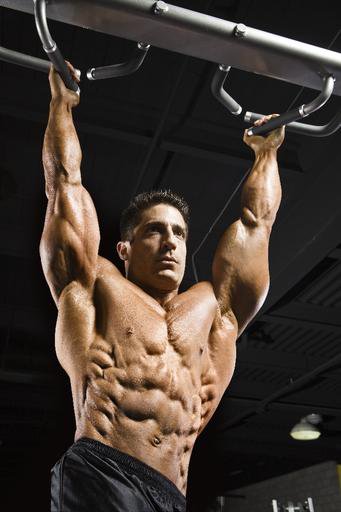 Set aside your skepticism gym rats, because the answer is absolutely. The secret isn’t so much in doing calisthenics-type exercises like the ones you probably did in junior high, but rather in making such moves as difficult as possible to brutally challenge your strength and stamina.

Add the following bodyweight moves to the end of your regular gym routine or, when you can’t make it to the gym or are looking for a new way to maximally tax your muscles, you can string them together for a total-body workout.

You don’t need nice new dumbbells and the latest in Hammer Strength machines because you can stay fit with nothing more than your own bodyweight and just a few pieces of basic equipment.

Just because you have a travel pass for every gym chain in the world or a complete home setup doesn’t mean there won’t be times and circumstances when doing bodyweight training makes sense.

In fact, you’re probably already familiar with many of the basics including pull-ups, dips, hanging leg raises and crunches. That’s because bodyweight moves offer a number of advantages. 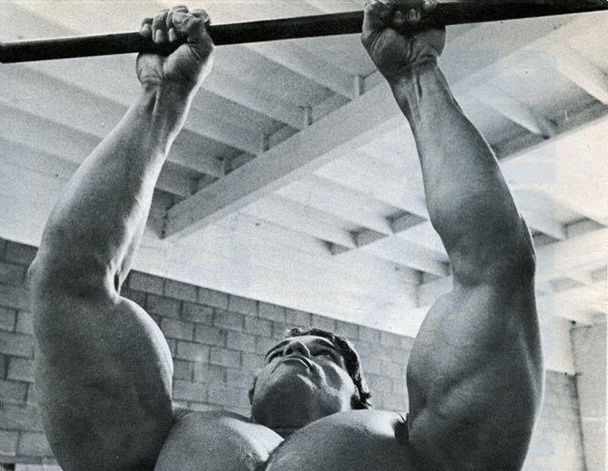 This may not sound as sexy as building bigger bi’s, but if you’ve been neglecting core work, you could be holding back your ultimate potential on demanding exercises that require your midsection to be strong, such as the squat, deadlift or even the bent-over row.

Adjust To Your Ability Level

Although some of the moves may seem oriented to beginners, you can increase the intensity by modifying the technique, speed and rest periods. Push-ups too easy? Tack on a set with your feet elevated at the end of a set of heavy chest presses. Now we’re talking pec pump!

No Need For Special Equipment 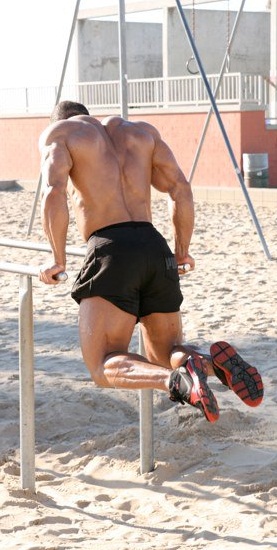 Many exercises require nothing more than a comfortable pair of sneakers. This makes the moves ideal to do on the road when you don’t have access to a gym or simply don’t have time to go. In fact, you can do a complete head-to-toe workout with just bodyweight moves. If you have access to a chair, chinning bar, parallel bars (dips) or a couple of soup cans or gallon jugs (which weigh about 14 pounds when filled with sand), you can easily increase the number of exercises.

While standard bodyweight moves are effective for improving muscle strength and endurance, we won’t try to convince you to ditch your free-weight workout bodyweight-only training does have limitations.

“Body-weight exercises permit only one means of progression, namely, more repetitions using the same bodyweight resistance,” says Wayne L. Westcott, PhD, CSCS, fitness research director at the South Shore YMCA in Quincy, Massachusetts.
Westcott points out that bodyweight exercises can lead to redundancy, which he describes as doing seemingly endless repetitions of the same exercises in the same manner. “Eventually, the muscles become so accustomed to your unchanging exercise regimen that they no longer respond to the training stimulus.”

To minimize the problem of staleness, he recommends changing some aspect of the exercise program.

If your goal is to get bigger and stronger, doing 15 reps or more with only your bodyweight won’t be enough. 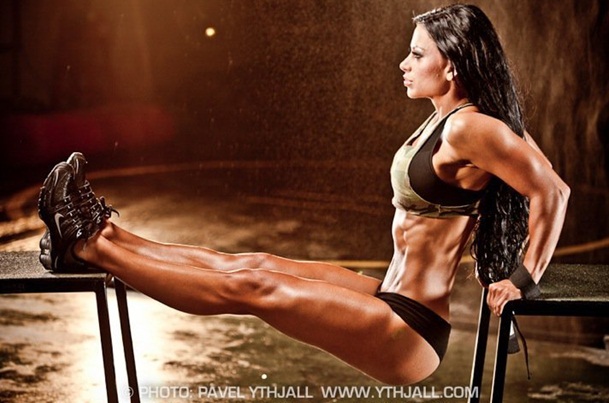 Here’s how to boost the intensity of a move:

Muscles recover when they’re not working, so cutting down your between-sets rest periods makes the exercise harder because you won’t be fully recovered when beginning your next set.

Take away rest intervals altogether when doing two or more exercises to dramatically boost the intensity of your workout. Rest only after you perform both (or more) exercises.

#4 | Squeeze At The Top Of The Movement

Feel the muscle contract, and consciously tighten it at the point of peak contraction for a second or two instead of quickly reversing direction.

#5 | Add Partial Reps At The End Of Your Set

Work through a portion of the range of motion to intensify the burn. 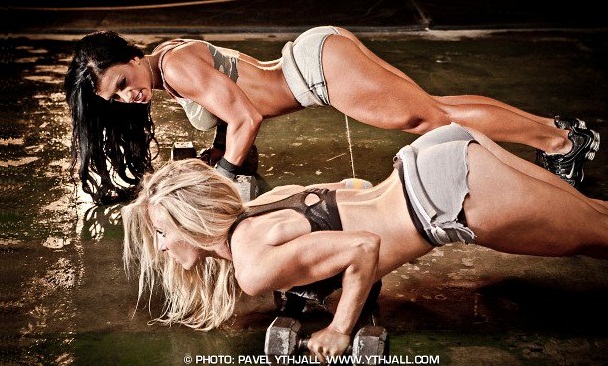 On the road in Middle-of-Nowhere, USA? You don’t need to skip your workout if your hotel doesn’t have a gym. Combine these 10 moves for a top-to-bottom bodyweight workout that can be done in about 30 minutes.

Ultimately, using your bodyweight as resistance offers several distinct advantages over traditional resistance training, and you can easily do it in place of the gym when time or conditions warrant. You could also add bodyweight exercises to your current gym routine, using techniques such as supersets or slow reps to boost intensity.

The bottom line is that bodyweight training works and it should be part of every bodybuilder’s training arsenal.