Get out your workout logbook and tighten up your wrist straps as we count down the 10 most likely derailments of your training progress and explain how to avoid them. Class is in session. 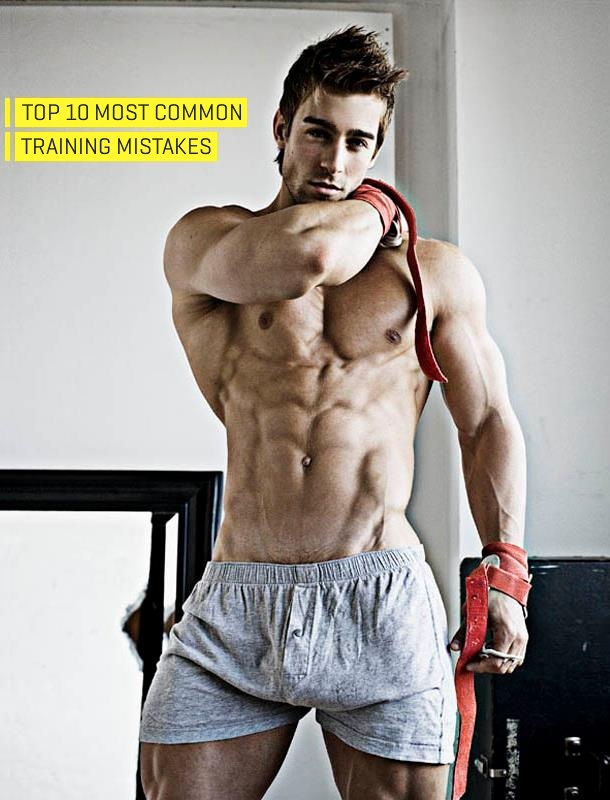 Used correctly, cheating can up the intensity of sets, but it’s frequently employed too soon and therefore lessens intensity. Many bodybuilders cheat (i.e., use bad form) throughout a set, and therefore transfer stress away from the targeted muscles. Biceps curls, for example, are often cheated from start to finish by the use of momentum, which shifts the focus off of the bi’s and onto the front delts. 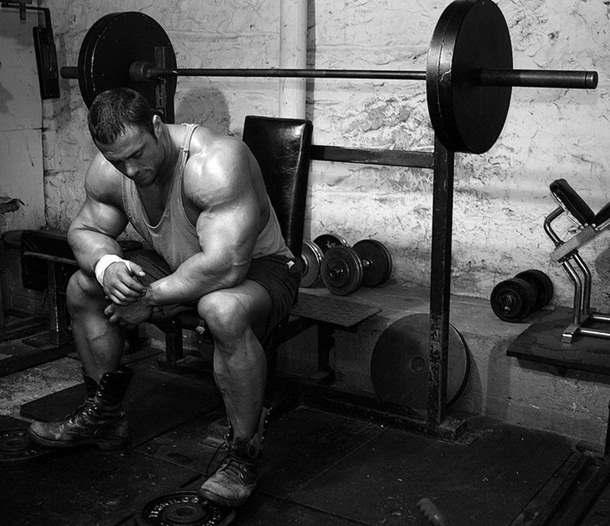 The best range for muscle growth is 8-12 reps per set. Consistently doing 7 or fewer reps with heavier weights may feed your pride in the gym, but it won’t build as much muscle as moderate reps with moderate weights. A recent study found that when subjects used a weight that allowed them to complete 25-30 reps per set, they increased muscle protein synthesis (the process that leads to muscle growth) by 60% more than when they did sets with a weight that limited them to 4 reps. What’s more, going too heavy often leads to truncated reps. This is especially true of leg presses. It’s likely you can use more metal with this exercise than any other.

This stokes your ego, and because the guy before you used 900 for six half-reps instead of 600 for 12 full reps, you want to crank out 900-pound partials, too. Resist this urge. More reps and better form with a lighter weight will build more mass.

A recent study from Italy found that when subjects did dumbbell shoulder presses with half-reps or three-quarter reps, they did not use nearly as much deltoid muscle fibers as they did when they did full reps. Using more muscle fibers during an exercise will make that muscle bigger. Even when training for power, the fewer reps you do, the harder it is to eke out another one and thus make consistent gains.

Failure is the point in a set when you cannot complete another full rep with good form. Not every working set needs to enter the failure zone, but many bodybuilders fall far short of failing on every set. Often this is because they set a target well within their reach, hit it and quit. 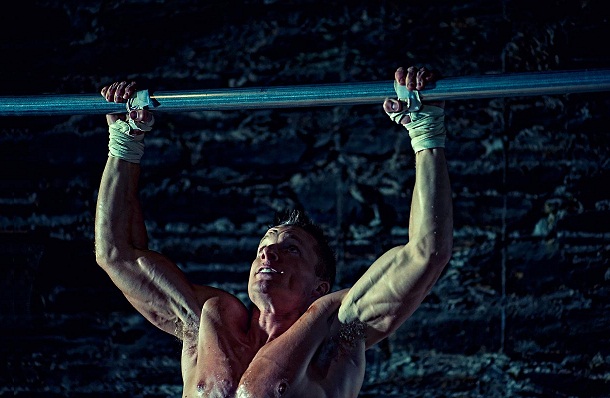 Most modern gyms have a plethora of machines, but resist the urge to fill the bulk of your routine with mechanical movements. Barbells and dumbbells remain the best bodybuilding tools ever invented, and free-weight or bodyweight exercises should be the cornerstones of your routines for chest, back, arms, shoulders and quads. The best chests of Arnold Schwarzenegger’s era still compare favorably with the 12 pecs in this year’s Mr. Olympia posedown despite all of our modern advantages.

Why? Pecs then were worked almost exclusively via barbell presses, dumbbell flyes and dips.

There are those who never push sets beyond full-rep failure and thus never truly challenge themselves in the gym, and there are those who have journeyed deep into the pain zone but, over time, their intensity progressively wanes. For the former, there are several techniques for going beyond failure, including forced reps, cheating, partial reps, rest-pause, negative reps, static contractions and descending sets. (Research shows that techniques such as forced reps boost growth hormone levels far higher than workouts in which sets are taken just to muscle failure and not beyond.) For the latter, almost everyone experiences periods of waning intensity.

The mistake is trying to work your way out by doing more of the same. Instead, you need to recharge your physical and mental reserves. To reach your goal in the fastest time, you sometimes need to slow down, or stop and refuel.

When you’re back on the fast track and trying to push sets to failure and beyond, choose challenging but (barely) attainable short-and long-term strength goals.

Push some working sets beyond full-rep failure and cycle your training to maintain intensity.

When it comes to overtraining, we prefer to focus on the resting component and not the working component because, for most bodybuilders, the problem is not too much workout volume or intensity. Instead, the culprit negating their gains is almost always insufficient rest between workouts. You need to properly space your gym sessions to make certain you fully recover and grow before hitting the heavy iron again. 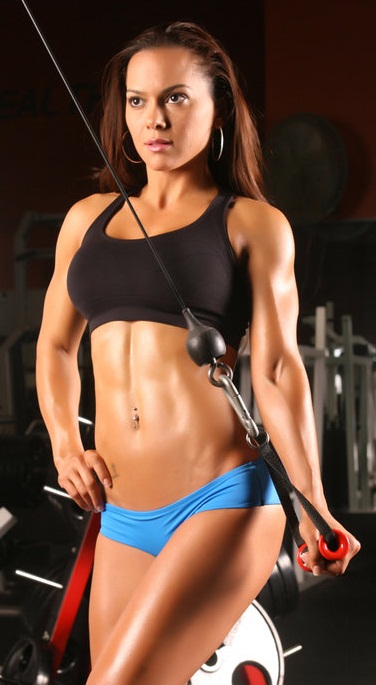 Except for those lucky few who already have too much of a good thing, bodybuilders don’t neglect biceps or pecs. On the other hand, from raw neophytes to those doing their thousandth workout, too many bodybuilders neglect cardio, stretching and abs none of which provide the pleasing pump of dumbbell curls or bench presses and they may not allow any room in their routines for smaller bodyparts, such as forearms. You’re likely unaware that you’re shortchanging some crucial bodybuilding components and therefore shortchanging your overall progress.

Find a way to work in muscles you might otherwise avoid, such as abs. You can do this by performing sets of abs between those for another bodypart, such as shoulders.

Abs, back, quads, triceps and traps those are five bodyparts where, over the course of our classes, we discussed missing the targeted areas with exercise selection and performance. What do they have in common? They’re all complex bodyparts with a variety of areas to hit and thus a variety of areas to miss. Too many bodybuilders think they’re hitting, say, their lower lats or outer quads while in fact they’re whiffing over and over again.

Do your target practice. It’s up to you focus the most stress on the muscles and areas of muscles you want to grow to attain a complete physique. 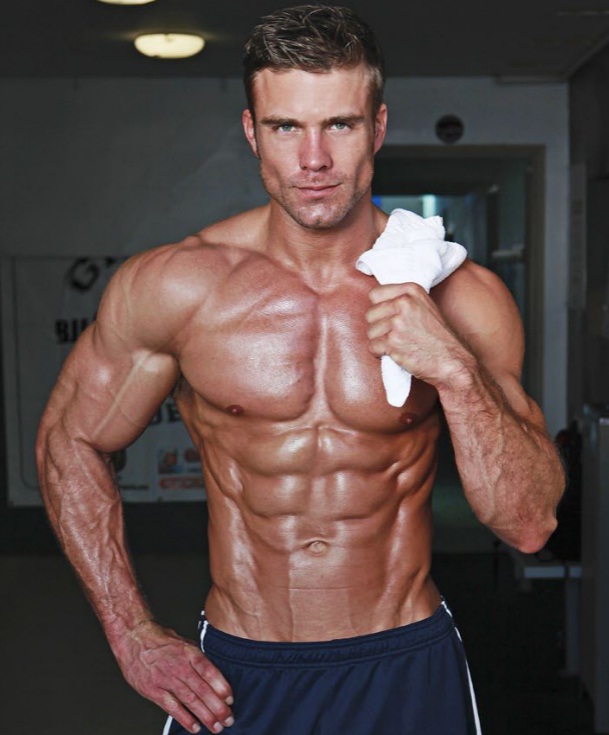 It’s easiest to stay in the midrange of reps and avoid stretches and contractions, and that’s why bodybuilders work the middle on set after set. Consequently, they also minimize their gains. This can and does occur with any bodypart, but it’s especially prevalent on leg day. Too many bodybuilders go too short and quick on reps of squats, leg presses and standing calf raises. This allows you to move more metal, but not motivate more muscle. The key to growth is stressing your muscles through full ranges of motion. 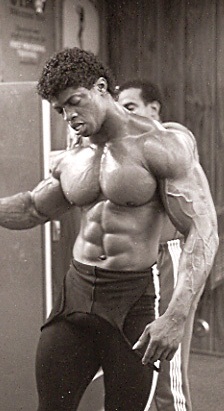 The most common training mistake is sticking to the same routine long after it’s outlived its usefulness. For some, it’s a lack of imagination that keeps them doing the same basics in the same order. For others, a kind of inertia takes over, so they robotically do the same exercises for the same reps with the same weights, giving their muscles no new stress to adapt to. If you’re making continuous strength gains on a routine, you can stick with it. If you’re not, change it now.

It’s not just exercise selection you can alter. Other variables include the number of sets per exercise, the number of reps per set, exercise order and the workout order of your training split.