Hamstrings are the ultimate bodybuilding bodypart. After all, most every other athlete trains them–if they train them–for injury prevention. You rarely notice hams of note on a nonbody-builder, and even most bodybuilders lack the density and dieted-down details to wow a crowd with rear-leg heft or vertical-blind lines.

In this article we help you hammer your hams as we lay bare the top five hamstrings-training blunders. Class is in session.

Mistake #1 Failure to work all areas 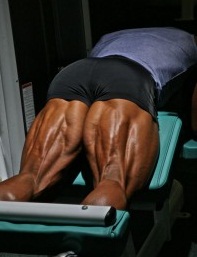 The muscles at the back of the upper legs were traditionally called the “thigh biceps” in reference to the largest ham muscle, the biceps femoris. We made a linguistic leap forward over the past three decades as the more inclusive “hamstrings” came into common usage. Still, most trainers think of their hams as two muscles (one at the back of each upper leg) or as a set of muscles with identical functions.

In fact, there are three muscles on the back of each thigh, which collectively form the hamstrings, and the biceps femoris has a somewhat different function from the semitendinosus and semimembranosus.

Pulling your hips off of the bench during lying leg curls will also focus the stress more on this area.

We started this month’s lesson with the provocative argument that hamstrings are the ultimate bodybuilding muscle group, but if you’re like most weight trainers, not only have you not given your hams their due respect, you’ve also been dissing them. Too many bodybuilders still relegate the back of their thighs to the back of their leg workouts. After slogging through an assault of squats and leg presses, they only eke out a few lackadaisical sets of leg curls. In relation to bodyparts such as biceps, which you doubtless lavish with sets, your hams carry more muscle and deserve at least as much volume. 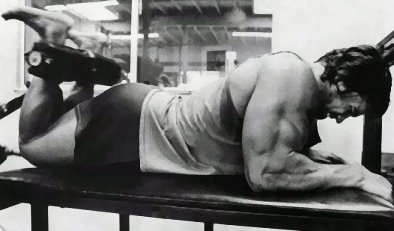 When was the last time you did forced reps, drop sets or rest-pause to extend a set of leg curls beyond full-rep failure? For that matter, when was the last time you psyched yourself up for a balls-to-the-wall set of Romanian deadlifts in the way you approach a blow-out set of squats or leg presses? Owing in part to the fact that hams are frequently relegated to second place behind quads, and in part to the fact that they’re not a flashy bodypart unless colossal and/or sliced, most bodybuilders slog through their ham work on autopilot. 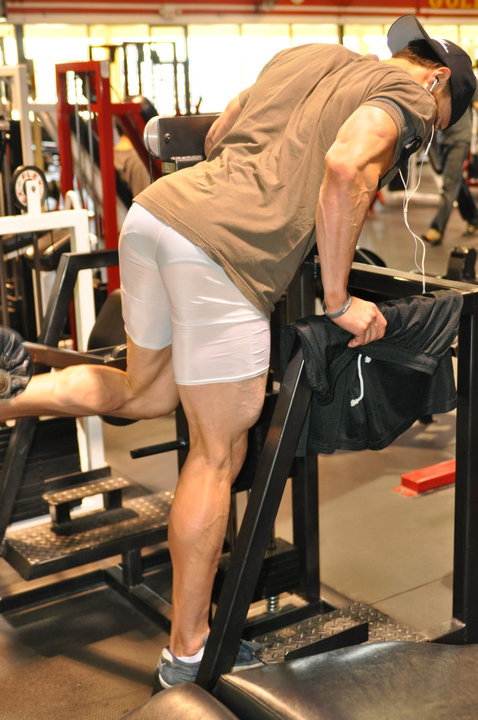 As with insufficient intensity, a related mistake is a failure to emphasize strength gains. If you’re like most bodybuilders, you know your personal bests in the squat and leg press, and strive each workout to top the workout before. In comparison, bodybuilders tend to think of Romanian deadlifts as a “stretching exercise” and focus less on progressive strength gains, and many are content to churn out the same moderate-to-high rep sets of leg curls with the same weight month after month, believing it’s enough to merely pump blood into their hams.

Mistake #5 Going too fast and too short

Too fast and too short commonly pair up, because when you’re reducing the time of your reps, you’re likely reducing their range of motion, as well. Bodybuilders tend to work the mid-range of leg curls, missing the crucial stretches and contractions.

Chose unilateral standing or kneeling leg curl machines or do your lying or seated leg curls with one leg at a time. 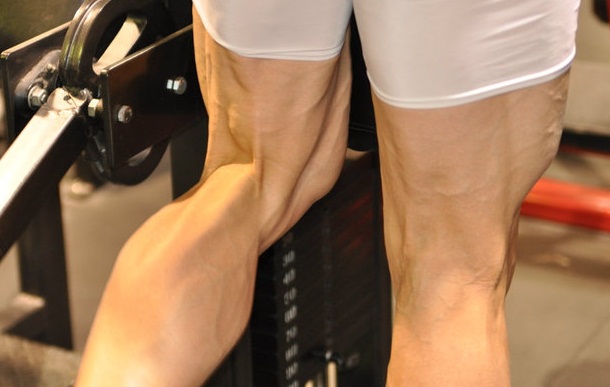 Slow down your reps on leg curls, and be certain to get full stretches and contractions.