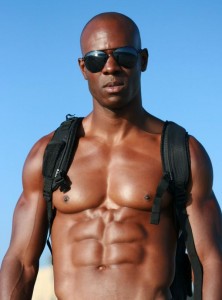 The usual suspects behind diet sabotage are well documented: candy, soda, sugary cereal, any food item with the word “lard” posted as one of the ingredients. However, there’s a group of foods deceptive enough to twilight as innocent additions to a diet program, but moonlight as unwanted add-ons to a waistline. Yep, these diet busters will put a bulge where you’d rather see a divot.

To identify these foods and learn how they may secretly be ruining your diet, we’ve solicited the help of nutritionist Hany Rambod, a leading authority in the industry when it comes to the dos and don’ts of contest prep, and Dr. Jim Stoppani. 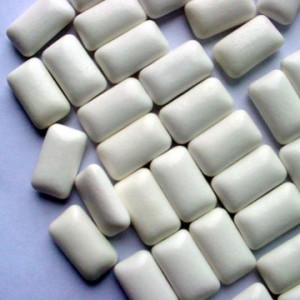 Not to burst anyone’s bubble, but just because the label says “sugar free” doesn’t mean it’s a green light to chew gum all day, every day. Popping in a piece or two won’t hurt you, but at day’s end, if empty packs end up in the trash bin, it’s time to break the habit.

Sugarless gums use artificial sweeteners that act exactly like sugars when too much has been ingested.

Synthetic sweeteners include sugar alcohols, such as sorbitol, which can hinder digestion, cause bloating and prevent fat burning when you’re trying to reduce bodyfat to the low single digits.

Look for gums made with stevia, a nonsynthetic, zero-calorie substance, instead of artificial sweeteners.

“Gum that is sweetened with stevia–instead of sorbitol, maltitol or xylitol–doesn’t lead to stomach pain that other fake sugars can cause–namely, gastric distress and bloating. [Stevia] is becoming very popular and is going to replace the stuff made with Splenda.”

“Chewing calorie-free gum has its benefits. Research shows it can help you control your food intake, enhance dental health and even boost brain power.”

Don’t grab the sugar-free mints; they can pose the same threat as gum. Instead, try chewing mint sprigs. Along with being a digestive aid, mint can also help in another important way: “It helps freshen breath,” Rambod says. “Halitosis definitely kicks in after eating fish and chicken all day.” 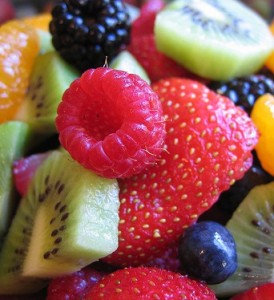 When the endgame is fat loss, the sugar in fruit can thwart the plan. It might be natural, but that doesn’t mean it can be considered a free-for-all food while dieting.

Fruits contain the natural sugar fructose, which can become another hurdle to burning off bodyfat if eaten without restraint.

Fructose cannot be used directly by the body for fuel. It must first go to the liver and be converted to glucose. That is one reason why fruit is usually a low-glycemic carb that does not rapidly raise blood glucose and insulin levels. However, if the liver is already full of glycogen (the storage form of glucose), it will not convert fructose into glucose; instead, it will convert it into fat!

There is no substitute for fresh produce, so do not purchase processed, packaged or canned fruit instead. These products are typically saturated with even more sugar and should–along with fruit juices–be avoided.

“Depending on the glycemic index of the fruit, it can be a great pre- or postworkout carb. Choose low-glycemic fruits, such as apples, oranges or berries, before workouts. Those types provide longer-lasting energy and won’t spike insulin, which means you’ll burn more fat during workouts. Choose higher glycemic fruits, such as watermelon, dates or canteloupe, after workouts. Those fruits spike insulin when you need it high to boost recovery and muscle growth.”

“If you have to toss away the skin, as with bananas, mangos, pineapples–pretty much anything with a rind–stay away from it. Those tropical fruits are high in sugar, that’s why they’re so sweet. Stick with pithy fruits, such as peaches, apricots and nectarines. Berries are also normally good, but eat them early in the day.”

Give yourself a one-cup-per-day fruit allowance, then cut it off. However, “If you hit a fat-burning plateau,” Rambod says, “the low-GI fruits will have to go, as well.” 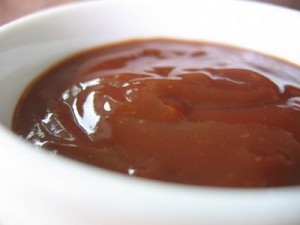 The potential of leaving a Texas-sized brown stain on your pants aside, this syrupy substance also has the ability to muck you up when it’s time to sport the posing trunks.

Barbecue sauces contain sugar or molasses. When looking to get leaner, a little is OK, but not when dieting for competition.

Sugar from molasses or high-fructose corn syrup while dieting causes an insulin spike, triggering the body to power down its fat-burning engine.

Hit the sauce – the hot sauce, that is. Hot sauces are normally vinegar-based and there’s no need to monitor intake as closely.

“If you’re a hardcore bodybuilder dieting for competition–and you’re not a genetic freak like Ronnie Coleman, who used to use KC Masterpiece–chances are you shouldn’t be using this condiment.”

“The capsaicin from the peppers in hot sauce can actually help to increase fat burning.”

If barbecue sauce is a must have, limit yourself to a maximum of 1 tablespoon. Any more and you’re treading into dangerous territory. 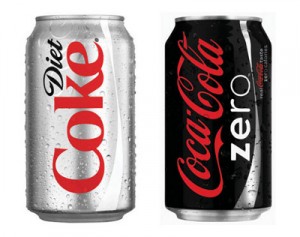 When it comes to soft drinks–even “no calorie” diet sodas with the words “zero” and “light” attached to the brand name–it’s best to kick the can. Too much will cause your diet to fizzle.

Mimicking the taste of sugar with lab-created sweeteners might fool your palate, but it won’t fool your diet, and it still has the capability to impede fat loss.

The “diet” formula contains non-nutritive sweeteners, such as aspartame, which can lead to serious health-related issues, according to Rambod.

Fill up the Brita and pour a glass of water.

“Studies are coming out that show aspartame can cause bone loss, excess inflammation and symptoms similar to autoimmune disease. Plus, the chemicals used to sweeten diet colas can also hamper fat loss.”

“Pour a glass of unsweetened, iced green tea. Along with a host of other benefits, the catechins it contains can boost your metabolic rate to help you melt the fat off. Add some fresh lemon, or take it with 500-1,000 milligrams of vitamin C to boost the effectiveness of the catechins.”

When trying to break plateaus or in the final stages of a competition diet, don’t go soft when it comes to soft drinks–abstain. 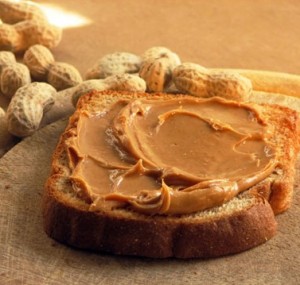 Despite being a good source of protein and monounsaturated fat–the “good” fat–peanut butter can still put your diet in a sticky situation, especially if you’re eating the wrong types.

Processed peanut butter adds extra sugar and partially hydrogenated vegetable oil (trans fats) to improve flavor and make it easier to spread on sandwiches. Unfortunately, what ends up getting smothered along with the bread is the nutritional value.

Too much peanut butter will trigger the body to burn the monounsaturated fat instead of bodyfat.

Go straight to the source – peanuts. Grab a package of almonds or unsalted peanuts and enjoy a different, crunchier texture while reaping the same nutritional benefits natural and organic peanut butter can offer.

“Peanut butter can be a double-edged sword: it can help with energy levels, but you have to watch the amount. When they’re dieting, I usually tell people to stay away from the brands with too much sodium, and avoid eating peanut butter during carb meals.”

“When you need a sweet treat, peanut butter is a good choice, since the monounsaturated fats are readily burned during exercise and not stored as bodyfat.”

Consume peanut butter in the afternoon if you’re beginning the day by eating carbs. This should help boost energy during low-carb periods.