Thousands of studies have proved that the opposite sex has various traits to offer a potential partner that is out on the prowl for their future other half. Humor, occupation, hair color and money are just a few of the ingredients that attract a vast wish list of requirements. Some people aren’t so shallow to place their priorities based on a person’s bank balance whilst on the other end of the spectrum, a person’s car is sometimes all that is needed to enhance the senses. 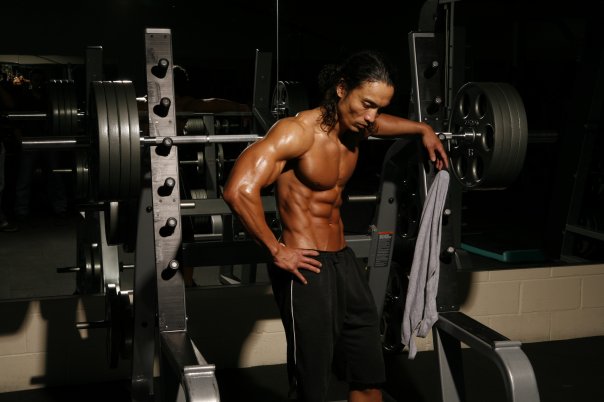 Admittedly, everyone is different but there is a trait that attracts a majority of inquisitive personnel which binds this spectrum together – the yearning for a great set of abdominals!

There are more people walking around the planet with excess body fat than there are with a great set of visible abdominals, which is obvious to onlookers should someone possessing them walks by – everyone shares a glance. It is a muscle that looks appealing on the opposite sex and it is something that people are extremely proud of should they possess their own. It’s almost impossible to over develop and distort this muscle as it can be as equally hard to obtain them. If it were that easy, believe me, many more people would be the rightful owner of a set.

Simplyshredded.com has caught up with Kane Sumabat, Controlled Labs most impressive sponsored athlete. Here he outlines his recommendations for you, in your quest to get an incredible six pack similar to those residing on a champion bodybuilder. 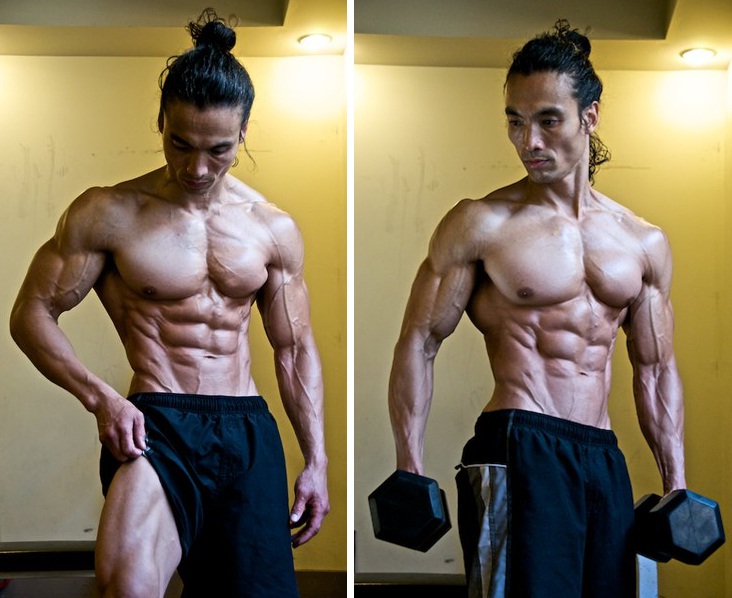 What are your diet philosophies?

Let me first clarify what I consider strict and to me that simply means meeting my caloric and macro nutrient goals. Period. While I do eat smaller meals during the day, except for stabilizing blood sugar levels, I don’t believe doing so has any metabolic advantages. To be honest, nutrient timing isn’t that important to me. While what you eat before and after workouts can be advantageous, I don’t always feel it’s necessary.

Going against conventional wisdom, I rarely have anything to eat before my workout, except for 2 scoops of Oximega Greens. The most I’ve eaten before morning workouts was toast with PB or Nutella or 1 scoop of Muscle Milk. Here’s a sample menu for me:

Do you ever allow yourself a cheat meal? If so, what is it that you crave?

Yes I allow myself cheat meals. For me though, a cheat meal simply means I don’t count the calories and macros for that meal. Many for example may consider McDonald’s sausage and egg Mcgriddle a cheat meal. I don’t. Most times, that’s my post workout reward for myself after my leg workouts.

What I do crave the most is ice cream and chips. Together. Oh and also Pizza. 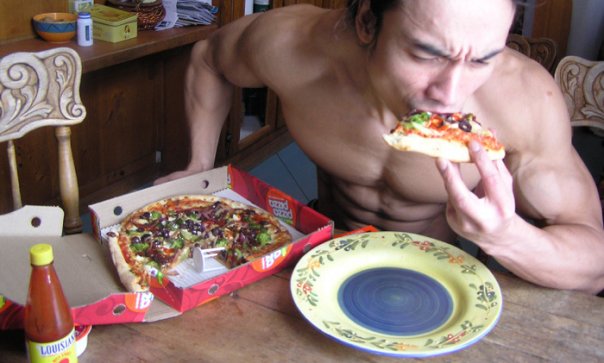 Definitely not. At least from a bodybuilding stand point. Taken to an extreme, one can create a deficit through cardio alone. However, this approach can be catabolic or far from optimum for maintaining your lean mass, unless you’re a professional athlete who has the time to devote 6 hours of training per day. As for myself, I’ve experimented with training abs 3-4 times per week or 3-4 times per month.

While training 3-4 times per week, I did get stronger at those exercises, but I noticed no visual difference if not accompanied by the right diet. 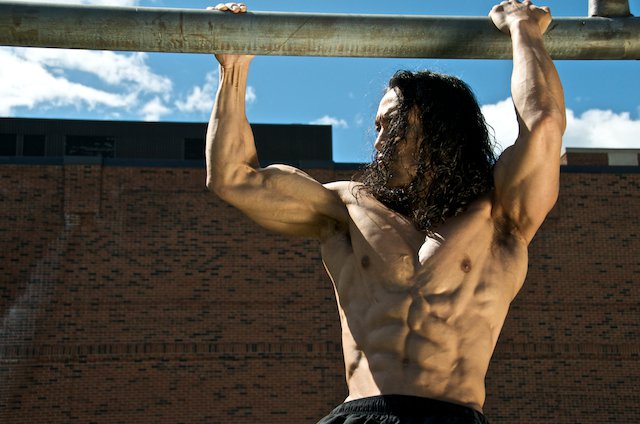 What do you believe are the biggest mistakes people make when working their abs?

Believing that exercises performed with high enough reps (which means very low intensity) will have the added benefit of burning enough calories. While again, taken to an extreme there is a sliver truth to this, it’s far from practical.

Lately it’s been supersetting hanging leg raise with cable crunches. Usually its 10-12 reps of the hanging leg raise immediately followed by standing cable crunch twists, touching my right elbow to left knee and vice versa. I do anywhere from 3-5 cycles of this. Once in a while I do like to also throw in the ab wheel.

Where I superset straight legged rollouts with bent legged versions (on the knee), although the hanging leg raises have been quite an intense exercise to target the abs. 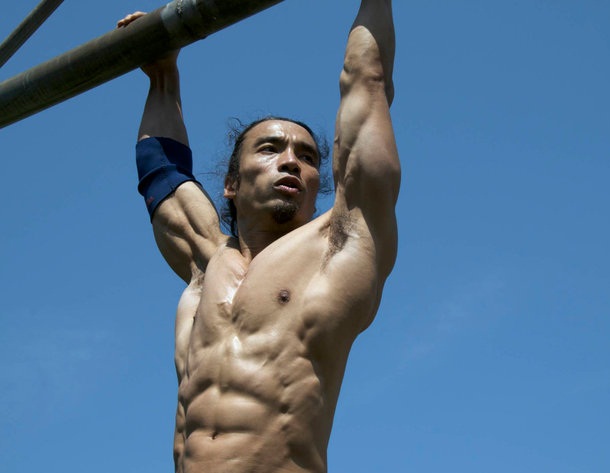 Is there one magic exercise that you think holds the secrets to great abdominals?

Not really. Now, if I was trapped by a tribe of gorgeous but demented Amazonian women that for some reason would not permit me to do more than one ab exercise, then I would probably choose the straight legged hanging leg raise.

Who are your favorite athletes with the best ab development?

My perennial favorites include Frank Zane and Serge Nubret.

It’s difficult for me to isolate the ab development from the rest of the physique since that contradicts the notion of symmetry and proportion they represent. 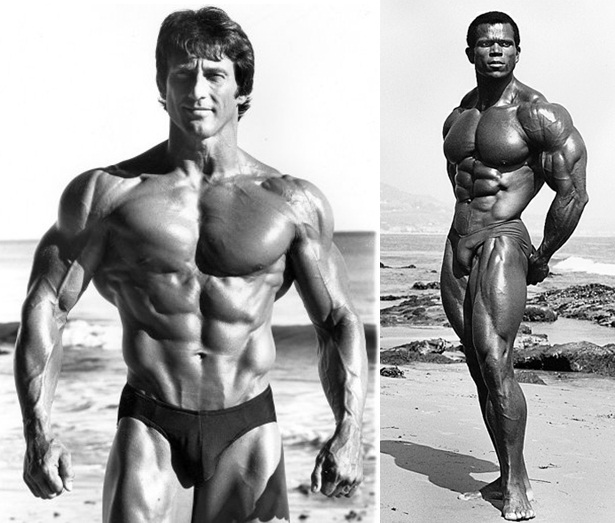 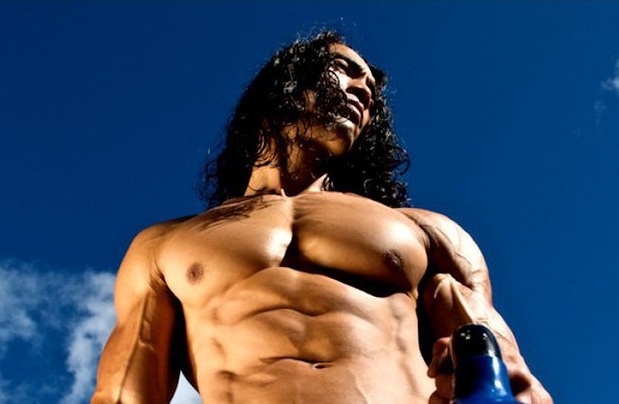