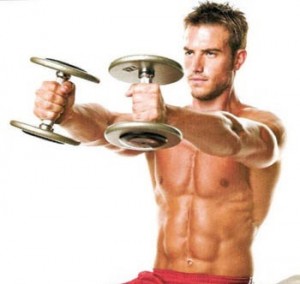 Free weights force you to use more stabilizer muscles to balance the weight. This can help you to build more overall strength, because the stabilizer muscles are crucial for major muscles groups to produce the most force. Free-weight exercises cause you to burn more calories. Research has shown that exercises, such as the free-weight squat, burn about 50% more calories than machine exercises, such as the leg press.

The difference may be that a greater number of stabilizer muscles are used during multijoint exercises done with free weights.

The fact that machines use less stabilizer muscles is also a benefit, because it helps you focus more on the targeted muscle. One study from Illinois State University (Normal) reported that when subjects performed free-weight bench presses, they used more front- and middle-delt muscles than during machine bench presses. The researchers reasoned that this is likely due to the need for the deltoid muscles to stabilize the shoulder joints to balance the bar when pressing a barbell. Because the machine is on a fixed path, the shoulders don’t need to stabilize the shoulder joints. Less involvement from the delts means you can place focus more on the pecs for greater muscle growth. 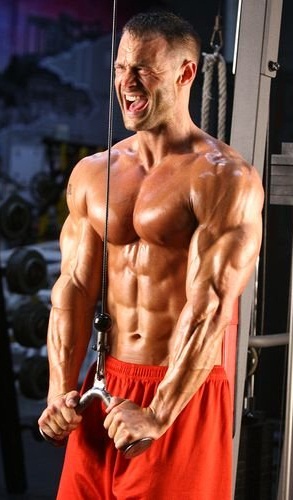 As far as the belief that free-weight exercises will make you stronger than machine exercises, there is research that actually disproves this. Valdosta State University (Georgia) researchers found that when subjects trained on a free-weight bench press or a machine bench press for 10 weeks, both groups increased their strength by about 10% on the free-weight bench press, which was used to determine the subjects’ strength both before and after the 10-week study.

Do not avoid machine exercises, always employ as many training tools as possible to maximize your results. That means using both free weights and machines. Focus on free weights earlier in your workout, and then, as your stabilizer muscles fatigue, go with machines later in the workout.

This method allows you to continue working the target muscle with maximum intensity without the stabilizer muscles holding back your training.