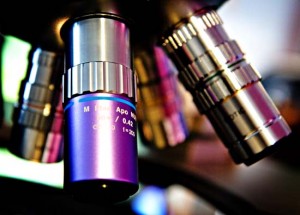 Clinical research can be a great tool in helping us understand how effective a supplement is or isn’t. But should we abandon what has worked in the past when a new study comes out that threatens all that we know?

Consider the case of creatine. Hundreds of studies have confirmed its effectiveness for boosting muscle mass and strength. Untold numbers of anecdotal reports have confirmed the same thing. Still, studies are occasionally published claiming that creatine doesn’t increase muscle growth or strength. Such is the case with a new study published in the Journal of Strength & Conditioning Research.

Researchers gave professional rugby players either 3 grams of HMB (beta-hydroxy-beta-methylbutyrate), 3 g of HMB plus 3 g of creatine and 6 g of carbs, or nothing (the control) in the morning, about three hours before workouts. The athletes followed this supplement program for six weeks while also adhering to a strength-training regimen. The researchers reported that HMB or HMB plus creatine did not increase muscle strength, boost muscle mass or decrease bodyfat. How can that be? Is creatine really not all it’s cracked up to be?

For starters, the scientists didn’t give the subjects a high enough dose of creatine or HMB–nor did they give them enough carbs to increase the uptake of those substances. They also had the athletes take the supplements at the wrong time of day (they should have taken them before and after workouts). The researchers did admit in the paper that the HMB-plus-creatine supplement possibly did not work because it didn’t contain a high enough dose of creatine. However, they failed to mention that it also didn’t contain a high enough dose of HMB. They concluded that HMB is not an effective supplement for increasing muscle mass or muscle strength. This couldn’t be further from the truth. HMB is effective when taken in doses of 3 to 6 g two to three times per day with meals, for a total daily dose of 6-18 g (two to six times as much as in the study).

Channel your inner Dr. Strangelove and experiment for yourself. Just because a certain supplement works for most guys doesn’t mean it will do the same for you. You have an individual biochemistry.