We’re not sure how this myth got started, but a number of people think that when they start a diet, they have to stop taking creatine in order to get ripped. 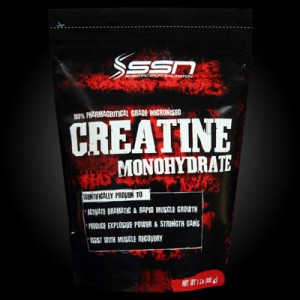 Maybe it’s the notion that a mass builder like creatine will prevent “weight” loss, since mass gaining and fat loss typically are considered two opposite goals. It could also be due to some reports that creatine can cause more water retention under the skin, giving a smoother appearance that can be mistaken for higher bodyfat.

One study from Virginia Tech (Blacksburg, Virginia) found that creatine not only allowed subjects to lose bodyfat while dieting, but it helped them gain muscle; the placebo group in the same investigation lost muscle mass while dieting. Studies in animals show that creatine supplementation actually increases fat loss. Researchers from Skidmore College (Saratoga Springs, New York) discovered that subjects taking creatine for 28 days and not working out increased their resting metabolic rate by about 3%, but those adding creatine to a weight training program increased their resting metabolic rate by about 6%. An increase in metabolism can lead to a significant drop in bodyfat over time.