Why do natural bodybuilding contests for the most part look like swim meets minus the pool? 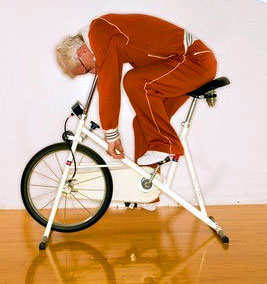 The obvious answer is the relative absence of anabolic and androgenic drugs that enable “enhanced” athletes to hold on to considerably more muscle under prolonged metabolic stress than natural pre-contest trainees. The other part of the answer is that naturals as a group tend to undermine their efforts by copying the training and nutritional practices of their pharmacologically advantaged brethren. I wrote this review in the hopes of slowly but surely prying open some minds (including my own) by bringing the facts to light. Sometimes concepts can’t be sufficiently conveyed through cyber debates, where emotionally-driven flexing and posturing for the public take priority over honest, objective, and thorough examination of the evidence. I’ll take a look at the hard data, as well as the theoretical extrapolations involved with this highly misunderstood topic.

This is gonna be lengthy, so save this reading for when you can really sit down and buckle up. I highly encourage you to tread slowly and carefully through the material. For you skimmers out there, I provided summaries of the key research points.

THE “FAT BURNING ZONE” ON TRIAL

Substrate Utilization 101: Origin of the myth

Dietary variables aside, the body’s proportional use of fat for fuel during exercise is dependent upon training intensity. The lower the intensity, the greater the proportion of stored fat is used for fuel. The higher the intensity, the greater proportional use of glycogen and/or the phosphagen system. But this is where the misunderstanding begins. Common sense should make it obvious that although I’m burning a greater proportion of stored fat typing this sentence, Getting up and sprinting would have a greater impact on fat reduction despite its lesser proportional use of fat to power the increased intensity. Alas, sufficient investigation of the intensity threshold of maximal net fat oxidation has been done. In what’s perhaps the best designed trial of its kind, Achten & Jeukendrup found peak fat oxidation to occur during exercise at 63% VO2 max. This peak level got progressively less beyond that point, and was minimal at 82% VO2 max, near the lactate threshold of 87% [1].

Misunderstanding is perpetuated in fitness circles

It has been widely misconstrued that a greater net amount of fat is burned through lower to moderate intensity work, regardless of study duration and endpoints assessed. In addition the confusion of net fat oxidation with proportional fat oxidation, the postexercise period is critically overlooked. No distinction is ever made between during-exercise fat oxidation, recovery period fat oxidation, total fat oxidation by the end of a 24-hr period, and most importantly, a longer term of several weeks.. Thus, the superiority of lower intensity cardio continues to be touted over the more rigorous stuff that takes half the time to do. Fortunately, we have enough research data to gain a clear understanding. Let’s dig in.

As with all research involving applied physiology, the highly mixed set of results is due to a wide variation of study designs in terms subject profile, dietary manipulation, energetic balance, and actual intensities used. Nevertheless, the body of exercise-induced fat oxidation research can be easily deciphered by stratifying it into 3 subgroups: Acute effect (during exercise & immediately after), 24-hr effect, & chronic effect (results over several weeks).

You can call it Murphy’s Law, but the promise of greater fat oxidation seen during and in the early postexercise periods of lower intensity cardio disappears when the effects are measured over 24 hours. Melanson’s research team was perhaps the first to break the redundancy of studies that only compared effects within a few hours postexercise [5]. In a design involving an even mix of lean, healthy men & women aged 20-45, identical caloric expenditures of 40% VO2 max was compared with 70% VO2 max. Result? No difference in net fat oxidation between the low & high-intensity groups at the 24 hr mark. Saris & Schrauwen conducted a similar study on obese males using a high-intensity interval protocol versus a low-intensity linear one [6]. There was no difference in fat oxidation between high & low intensity treatments at 24 hrs. In addition, the high-intensity group actually maintained a lower respiratory quotient in postexercise. This means that their fat oxidation was higher than the low-intensity group the rest of the day following the training bout, thus the evening out the end results at 24 hrs.

Long-term/Chronic effect studies are the true tests of whatever hints and clues we might get from acute studies. The results of trials carried out over several weeks have obvious validity advantages over shorter ones. They also afford the opportunity to measure changes in body composition, versus mere substrate use proximal to exercise. The common thread running through these trials is that when caloric expenditure during exercise is matched, negligible fat loss differences are seen. The fact relevant to bodybuilding is that high-intensity groups either gain or maintain LBM, whereas the low-intensity groups tend to lose lean mass, hence the high intensity groups experience less net losses in weight [7-9]. The body of research strongly favors high-intensity interval training (HIIT) for both fat loss and lean mass gain/maintenance, even across a broad range of study populations [9-12]. A memorable example of this is work by Tremblay’s team, observing the effect of 20 weeks of HIIT versus endurance training (ET) on young adults [9]. When energy expenditure between groups was corrected, HIIT group showed a whopping 9 times the fat loss as the ET group. In the HIIT group, biopsies showed an increase of glycolytic enzymes, as well as an increase of 3-hydroxyacyl coenzyme A dehydrogenase (HADH) activity, a marker of fat oxidation. Researchers concluded that the metabolic adaptations in muscle in response to HIIT favor the process of fat oxidation. The mechanisms for these results are still under investigation, but they’re centered around residual thermic and lipolytic effects mediated by enzymatic, morphologic, and beta-adrenergic adaptations in muscle. Linear/steady state comparisons of the 2 types tends to find no difference, except for better cardiovascular fitness gains in the high-intensity groups [13].

Summing up the research findings