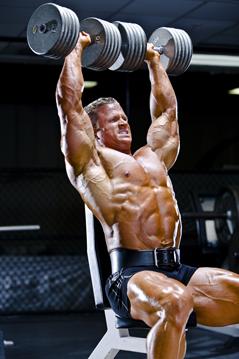 I’m going to throw out a weird hypothetical question that I want readers to consider before continuing with this article.

If you had to pick a single repetition range to train in for growth, what would it be?

That is, imagine some very strange situation where you could only train within a certain range (and let’s make that range something a little less vague then ‘Between 1-20 reps’ by limiting it to a 3 rep range) for the rest of your lifting career, what would it be? I used to ask this of friends of mine in the field and, almost with exception, the answer was pretty much the same. This was true regardless of whether or not they had arrived at that value from experimentation and experience or just looking at the research. I’m going to take a quick look at the research (including a bunch of seemingly disparate topics) to tell you what I’d pick.

I asked a job supervisor that question once; he was a smart-ass like me and told me “It needs lots of sunlight and water.” Close but not quite. The mechanism of muscle growth has been under heavy scrutiny for years and a lot of theories and ideas have come and gone in terms of both the mechanism of growth as well as what stimulates it. Semi-amusingly, about 98% of the actual answer was known back in the 70’s. In an exceptional paper (which I recommend the reading of to any nerds in the field) titled “Mechanism of work induced hypertrophy of skeletal muscle” a researcher named Goldspink pretty much laid it out concluding that:

It is suggested that increased tension development (either passive or active) is the critical event in initiating compensatory growth.

Basically, the development of high levels of tension within the muscle is the key factor in initiating the growth process. I’d note that there are also some elements of fatigue that may be contributing to what ‘turns on’ the growth response.

Finally, I’d note that in order to keep stimulating growth beyond an acute training bout, there has to be an increase in tension. Basically, over time you have to add weight to the bar. 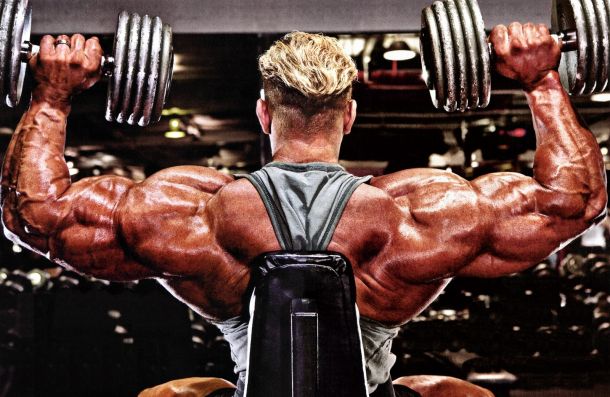 Which as another great scientist in the field (Ronnie Coleman) summed up thusly: Everybody wants to be a bodybuilder, but nobody wants to lift no heavy-ass weights.

The simple fact is that, outside of heavy drug users (steroids having the capacity to stimulate growth without even training), the biggest bodybuilders are the strongest. They grow because they provide, over time, a progressive tension overload (of course there are more variables that go into this, total workload per workout, frequency of training and diet all interact here). But as I have been pointing out for years and years and years, if you’re not adding weight to the bar over time, you’re simply not growing. You can focus on the feel and the pump and the squeeze all you want; if you’re using the same weights 6 months from now that you’re using today, you won’t be any bigger. Which doesn’t mean that you have to add weight at every workout (the fallacy of HIT), simply that over time you have to be lifting more weight. But progression over time is a whole separate article.

The summary of this section is that a combination of tension overload (with a possible contributor of fatigue) within skeletal muscle fibers is what turns on the growth response. Just remember that, what stimulates growth is tension and fatigue (with tension playing a relatively larger role in terms of actual contractile growth).

What’s the best way to develop that combination of tension and fatigue within skeletal muscle (or a given fiber)?

A Quick Tangent into Some Neurophysiology
When you look at strength production, the body has essentially two methods to increase force output which are 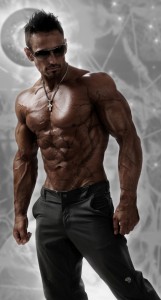 Muscle fiber recruitment is exactly what it sounds like, how many of the fibers within a muscle are actually being recruited. Contrary to the exceptional silliness which is endlessly repeated in books and on the internet, most people can actually get pretty close to 100% fiber recruitment (it’s a little bit lower in the lower body but, in the triceps for example, people can get near 100% recruitment). Rate coding referes to how quickly the body is sending electrical signals to that muscle. As rate coding goes up, the muscle fires harder.

In the muscles we’re interested in from a sports or bodybuilding standpoint, the body will generally use recruitment to increase force production up to about 80-85% of maximum force output (in the lab, this is measured with Maximal Voluntary Isometric Contraction or MVIC, which is effectively 1 rep maximum weight). Beyond 80-85% of maximum, it uses rate coding. I’d note for completenes that this isn’t true for some muscles in the body, notably stuff like the eye muscles and finger muscles. In those muscles, recruitment is used up to about 50% of MVIC and rate coding handles the rest. Which is a lot of why studies looking at the thumb muscles aren’t really relevant to most training applications. But I digress.

Anyhow, now we have the next part of the picture…

The body will recruit more fibers up to about 80-85% of maximum; above that point, there is no further recruitment and force output is improved via rate coding.

I should note that even at lower intensities, as the individual goes to fatigue, eventually all muscle fibers will end up being recruited. But they won’t have been recruited until fairly late in the set (e.g. the last few repetitions).

And this leads us to our answer to my original question. For most people, 80-85% of maximum is roughly 5-8 repetitions there is variance in this between individuals and perhaps muscle groups (for example, some people find that they can get 12-15 repetitions at 85% of maximum in some leg movements).

In contrast, imagine that you work in the 5-8 rep range with 80-85% of maximum. First and foremost you will get full muscle fiber recruitment from the first repetition. 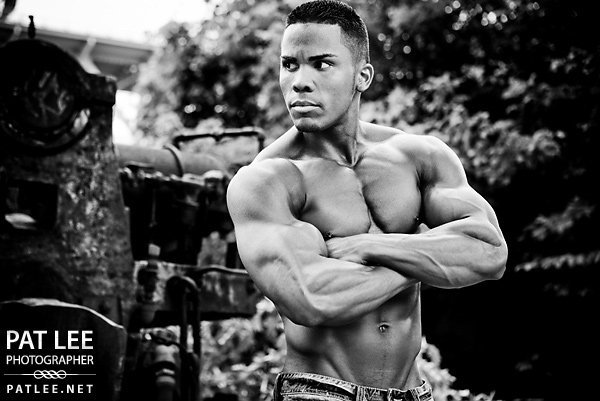 And that’s the answer that repeatedly comes up among people in the field who aren’t clueless: 5-8 repetitions. If you had to pick a single rep range to work at to optimize the growth response, it would be 5-8 reps per set. Which isn’t to say that there aren’t valid and valuable reasons to work in other repetition ranges, mind you. But that wasn’t the original context of my weird hypothetical.