Research has indicated that multiple sets are superior to single sets for maximal strength development. However, whether maximal strength gains are achieved may depend on the ability to sustain a consistent number of repetitions over consecutive sets. A key factor that determines the ability to sustain repetitions is the length of rest interval between sets. The length of the rest interval is commonly prescribed based on the training goal, but may vary based on several other factors. 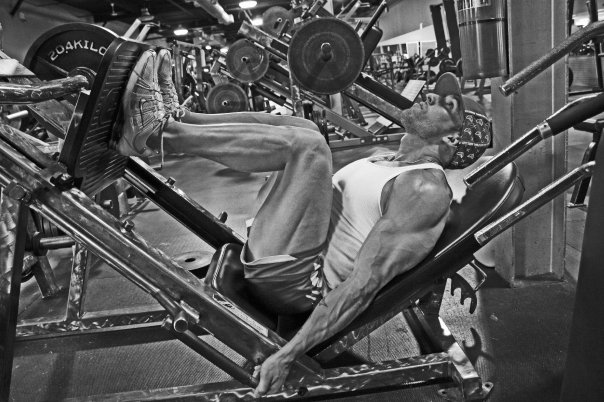 Shorter rest intervals of 30-60 seconds between sets have been associated with higher acute increases in growth hormone, which may contribute to the hypertrophic effect.

When training for muscular endurance, an ideal strategy might be to perform resistance exercises in a circuit, with shorter rest intervals (e.g., 30 seconds) between exercises that involve dissimilar muscle groups, and longer rest intervals (e.g., 3 minutes) between exercises that involve similar muscle groups. In summary, the length of the rest interval between sets is only 1 component of a resistance exercise program directed toward different training goals.

Prescribing the appropriate rest interval does not ensure a desired outcome if other components such as intensity and volume are not prescribed appropriately.

When you look around the weight room, it’s not uncommon to see folks using rest intervals that are wholly inappropriate for their stated goals. The paper I want to look at today was a good overall review of how rest intervals should be structured for different training goals including maximal strength, hypertrophy, power production or local muscular endurance. 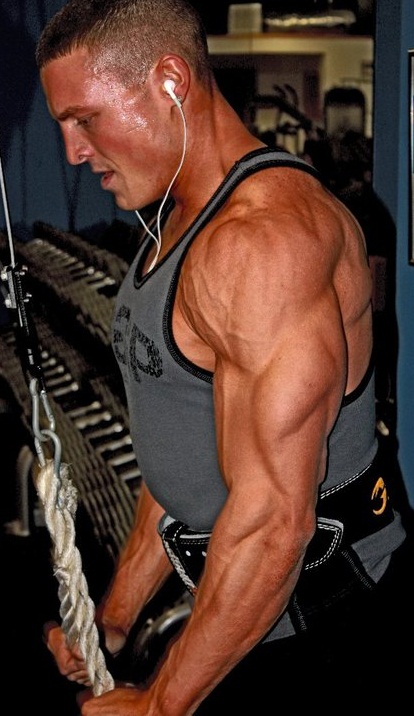 Looking first at maximum strength training (typically defined as low repetition, heavy weight), the review points out that most strength-oriented programs place a primary emphasis on maintaining training intensity (defined in most research as the percentage of 1 rep max) throughout the sets. That is, when the goal is maximal strength, you want to be able to use the heaviest weight for the number of reps you intend to do in any given set. This means avoiding a lot of cumulative fatigue and that means complete rest intervals although there are occasional exceptions to this.

Examining a variety of studies along with some theoretical concerns involving ATP regeneration and the nervous system, the review recommends a fairly standard rest interval of 2-5 minutes between sets for maximal strength work. I’d say that this is a recommendation that is certainly consistent with empirical experience.

When training with a system such as 5X5 or even something like 6 sets of 3, rest intervals of 3-5 minutes between maximally heavy sets would be a common recommendation; again this ensures that the heaviest weights can be handled on each set without too much accumulated fatigue.

The paper suggests, however, that when the intensities go above 90% of maximum (generally 3 reps per set or less) short intervals can sometimes be used. In premise, very low reps sets don’t generate much in the way of metabolic fatigue; basically a set of 5 will generate more metabolic fatigue than a set of 1-2 reps. This may make shorter rest intervals workable.

Related to this, some studies have found that short rest intervals can be used when testing 1 repetition maximum, for the same reason; there is less metabolic fatigue from only a single repetition set. Practically I tend to question this a bit , most people testing a true 1 rep max tend to take fairly long rest intervals, 5 minutes or more aren’t uncommon for individuals moving very heavy weights (as well, I’ve seen some claim that you can train yourself to need lest rest on maximum attempts). I think this is because, even if there is less metabolic fatigue generated, factors of neural fatigue in addition to psychological factors play a role.

Testing a true 1 rep max requires an extreme amount of focus and I prefer longer recoveries on test days for this reason. An additional variable here is the type of movement being done. Olympic lifters will often use fairly heavy weights with, relatively speaking anyhow, shorter rest intervals. This is probably because with the exception of the front squat recovery, a maximal Olympic lift has very little ‘grinding’ to it. A single repetition typically either goes or doesn’t go. Powerlifters, in contrast, who tend to grind a bit more often require longer rest intervals due to the nature of the lift they are doing. Grinding out a near maximum single tends to be very neurally fatiguing and requires longer rests.

Muscular power training is generally performed to improve how quickly a muscle can generate force. Typically speaking, power training takes the form of moving sub-maximal weights fairly quickly. Various types of medicine ball throws, jumps, the Olympic lifts, or even traditional weight exercises (e.g. squat, bench, deadlift), can be performed in this fashion. Since the focus, as with maximal strength, is on the quality of movement, fatigue should generally be avoided during this type of training. And the paper suggests similar long rest intervals of 3-5 minutes between sets of power work.

This allows maximal quality in each set without accumulated fatigue hampering movement speed. This is especially true for higher rep efforts such as high rep bounding or higher rep sets of power weight training. 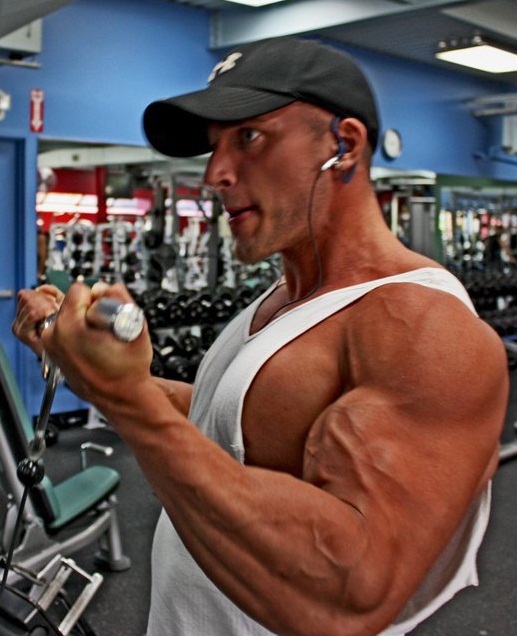 Someone performing power endurance work, performing 10 or more fast repetitions per set needs to be fully rested for each set to ensure that movement speed doesn’t slow down. That requires full recovery between sets. I should note that lower repetition sets are sometimes used (in powerlifting and Olympic lifting) for power work and this won’t require the same long rest intervals since the fatigue from each set tends to be lower. For example, the Westside Barbell approach to dynamic work is multiple low rep sets (10-15X1 for deadlift, 8-10X2 for squat, 8-10X3 for bench) with relatively short rest intervals (45-60 seconds) and a sub-maximal weight (anywhere from 40-60% of 1RM.

Since each set is very short and relatively unfatiguing, shorter rest intervals can be used with the quality of work being maintained.

The section on hypertrophy is the one in the paper that I had the most potential disagreement on in terms of their recommended rest intervals. Based on some of the hormonal stuff (Growth Hormone primarily) that’s been floating around for years (but in my opinion has never really been shown to play much role in the growth response), the paper argues for relatively short rest intervals of 30-90 seconds between sets for hypertrophy. From a real-world perspective, the issue I have with that is that the biggest guys are usually the strongest and often use fairly long rest intervals between heavy sets.

As I’ve commented on before, dieted down many big powerlifters have as much if not more muscle size than folks training strictly as bodybuilders.

And at least part of the powerlifter’s training is usually performed with very heavy weights and relatively long rest intervals. Of course, many powerlifters also perform higher reptition work (often with shorter rest intervals) as well so it’s hard to draw a line in the sand between the types of training being done. I guess my point is that there is more to hypertrophy than giving a simple short or long rest interval can properly address.

The interaction of tension with fatigue/metabolic work and tonnage are all involved in the growth stimulus and by the time you get into issues of sarcoplasmic vs. myofibrillar hypertrophy, it starts getting complicated. 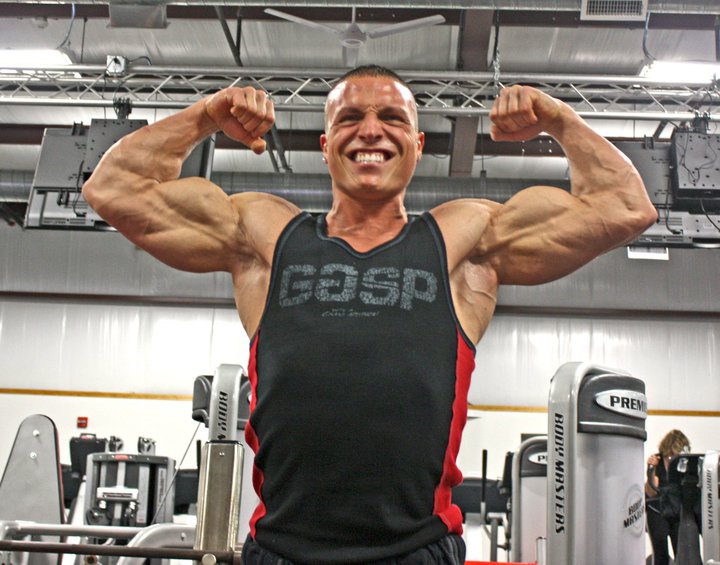 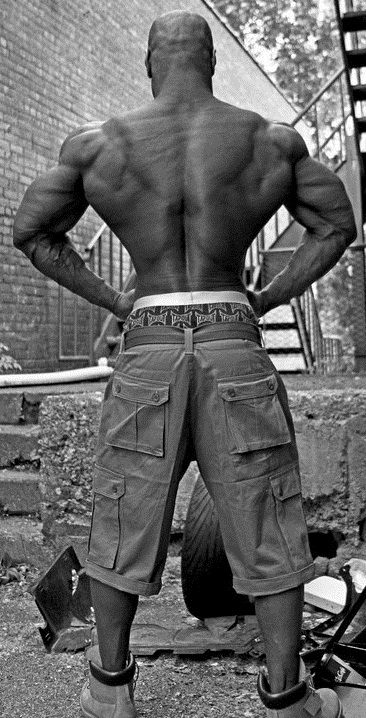 Put simply, I think that both longer (complete or near complete) and shorter (incomplete) rest intervals have their place in hypertrophy training. In general, I’ll typically use longer rest intervals when the goal is primarily a tension stimulus (e.g. rest interval of 2-3 minutes for sets of 5-8 reps) and shorter rest intervals when the goal is a fatigue stimulus (e.g. 60 seconds for sets of 12-15 reps). Finishing up, I will say that i think people who always use 10-15 seconds between sets so that they ‘get real tired’ or ‘get a good pump’ or what have you are shortchanging themselves when it comes to growth. Outside of some specific applications (usually involving rest pause or drop sets), very short intervals tend to drastically decrease how much weight can be used.

As I discuss in Reps Per Set for Optimal Growth, tension is the primary stimulus for growth and very short rest interval systems tend to be fatigue dominant instead of tension dominant. If anything, that hurts growth.

Local muscular endurance refers to a muscle’s ability to resist fatigue (usually against high levels of acid production) and, as such, fatigue is a more important stimulus than tension or intensity. Generally high repetitions (15-25 ore more) very short rest intervals (30-60 seconds or less) and circuit type training (to get a more metabolic effect) are used with this type of training.

Summing up this review, practically folks may manipulate rest intervals for different goals according to the following guidelines: