Born in Sardinia, Columbu first engaged in the sport of boxing. He met Arnold in Munich in 1965 and was henceforth forever stamped as Schwarzenegger’s sidekick. In 1969, he followed the Oak to California and they became bodybuilding’s main duo, but all friendship ceased whenever they were vying for the same title, although Columbu never beat Schwarzenegger. 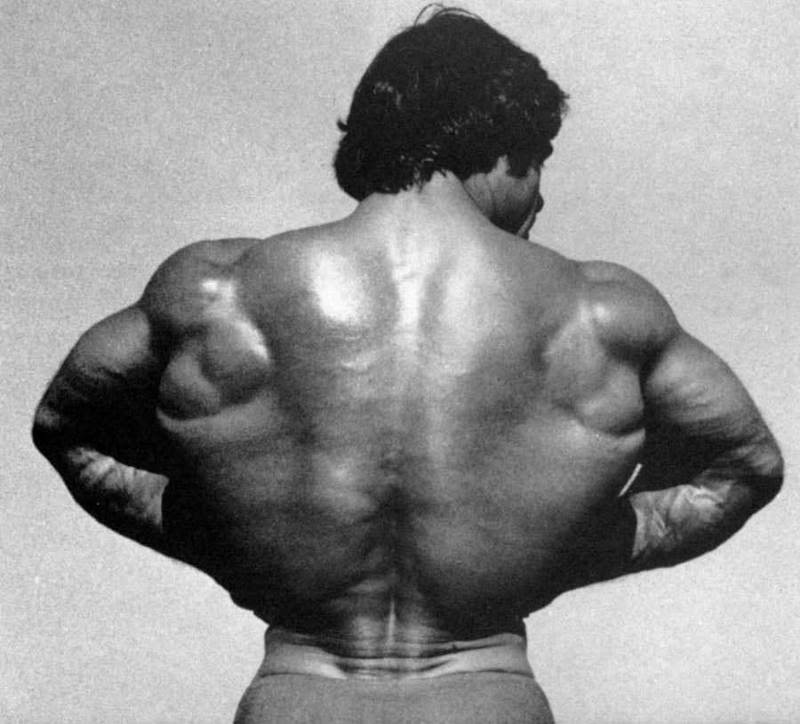 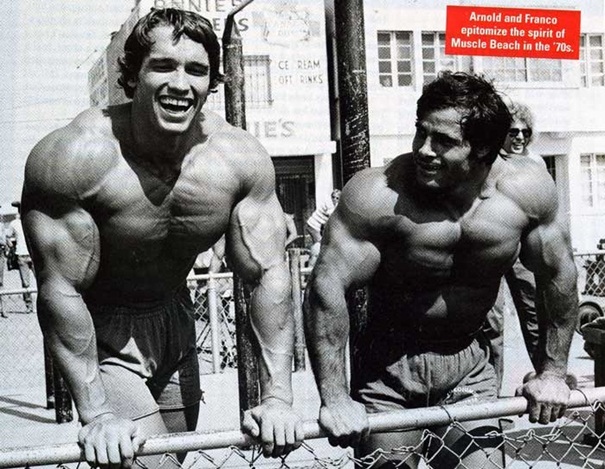 His power lifting World Records include: Bench Press 525 lbs., Squat 655 lbs., and Dead Lift 750 lbs. In April 1979, Franco even made it into the Guinness Book of World Records for the highest lung power. He was able to blow up a hot water bottle until it burst in just 55 seconds using only sheer lung power (that is 28.5 lbs/square inch)! Columbu zoomed fast-forward along the pioneer’s path that Jack Delinger braved for shorter men in the 1940s.

Known for his incredible deadlift ability and for the horizontal crease in his pecs, Columbu transferred the knockout punch he perfected in his boxing days in Italy to the days of muscle and became a bodybuilder who, by anybody’s standards, looked strong. 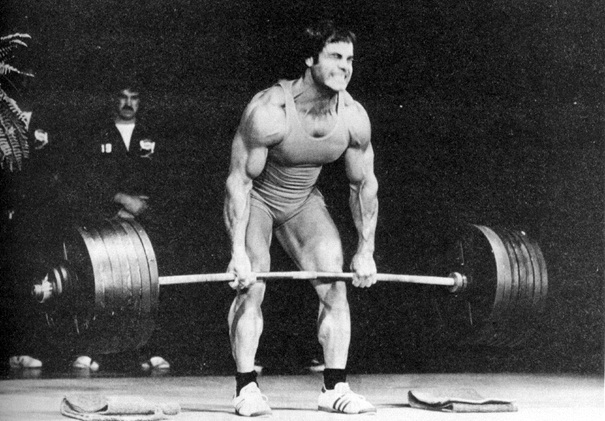 Franco’s film appearances include the documentary “Pumping Iron”, “Stay Hungry”, “Conan the Barbarian” and “Terminator.” On television, he was technical advisor for and appeared in the CBS-TV movie “Getting Physical.” He has also been featured in several national TV and print commercials, as well as numerous guest appearances and television shows. The most recent films under Franco Columbu Productions are: “Beretta’s Island,” which is a great success in many countries; “Doublecross,” which has been released in many foreign countries, and “Ancient Warriors,” a feature film that reveals historical, spiritual and contemporary places never seen before on the Island of Sardinia.

He also produced and directed “Sardinia, The Greatest Isle of the Sea,” an award-winning documentary about his homeland. A series of other documentaries about Sardinia are also in production.

In 1977, Columbu broke his left leg while grappling with a refrigerator during the World’s Strongest Man contest. However, this Sardinian refused to be canned – with phenomenal fortitude, he began a rehab program using his skills as a chiropractor and, after Schwarzenegger’s 1980 IFBB Mr. Olympia comeback victory in Sydney, Columbu made his own comeback by taking the 1981 IFBB Mr. Olympia title. It would be his final competition.