Ed Corney is widely regarded as the greatest poser that the sport of bodybuilding has ever known. Ed won the IFBB Mr. America, IFBB Mr. Universe, IFBB Masters over 60 Olympia (twice) and is a member of the IFBB Hall of Fame. As a classic bodybuilder of the Golden Age, he continues to serve as both a spokesman and ambassador for the sport. 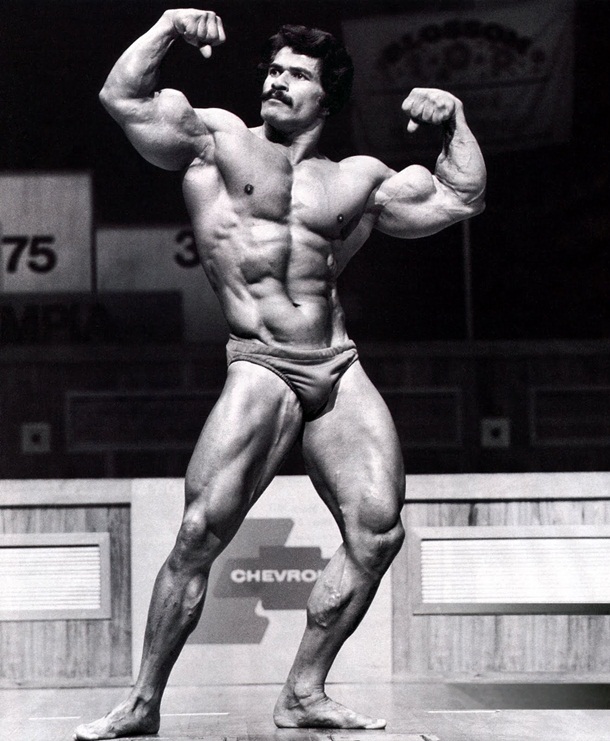 Ed was born November 9, 1933 in Hawaii. In 1950, he enlisted in the U.S. Coast Guard and, after serving in New York City, moved out to California. It was there that he met bodybuilder Millard Williamson who encouraged him to begin weight training. At 160 pounds and age 33, Corney entered and won his first contest in 1967, the Mr. Fremont, held in Northern California.

Ed continued to climb the bodybuilding ladder with impressive wins at the 1970 Iron Man, the 1971 AAU Mr. California, the 1971 IFBB Mr. USA, the 1972 IFBB Mr. America and the 1972 IFBB Mr. Universe that was held in Baghdad, Iraq. Corney achieved even broader public recognition as a result of his appearance in both the book and movie versions of “Pumping Iron”. He was pictured on the cover of the book and on the posters for the movie.

In the film we see Ed not only training alongside Arnold Schwarzenegger, with an absolutely mind-numbing intensity, but also flowing flawlessly from one of his classic and unique poses to the next as Arnold comments, “Now that’s what I call posing”.

After having competed in a number of amateur contests during the previous eight years, Corney became an IFBB pro at age 41. Even though he was more than a decade older than his competitors, Ed placed second to winner Bob Birdsong (then in his twenties) at the 1975 Pro Mr. Universe contest. From 1975 to 1983, Corney entered every Mr. Olympia except the 1982 show. This was a remarkable run that included five top 10 finishes. He also competed in the Night Of Champions contest three years running, and he placed in the top 10 every time. Ed continued his amazing competitive career into his sixties. He won the over-60 division at both the 1994 and 1995 Masters Olympia events, placed 11th overall in 1996 and second in the over-60 category in 1997. In 1998, he took 10th at the Masters Invitational at the Arnold Schwarzenegger Classic.

Corney’s pioneering posing transitions distinguished him from his peers at the time, and his incredible stage performances are still revered and imitated to this day. In 1994 Corney returned to competition. He won the 60+ division of the Masters Olympia in both 1994 and 1995, placed 11th overall in 1996 and took second in the 60+ division in 1997. He also competed in 1998 in the only Masters event ever to be held at the Arnold Schwarzenegger Classic.

Known for his great posing, Corney joined Frank Zane and Arnold Schwarzenegger at New York’s Whitney Museum of Modern Art on February 25, 1976, for a posing demonstration (on a revolving platform) and a panel discussion. Corney told the group, “I look at myself as a piece of art. I have taken 20 years to develop my physical body into the shape it’s in right now, and if that isn’t art, I don’t know what art is.”