It’s quite the shock when a novice lifter runs into his first plateau, and simply attending the gym ceases to yield the desired results. Sadly, the honeymoon stage is over. 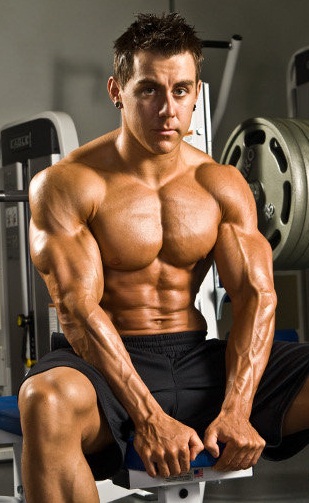 As time continues, these plateaus become even more challenging, and we run into them more frequently. You find yourself having to add more variety to your current protocol in order to keep progressing. As a natural athlete it’s a matter of adjusting variables in your nutrition and training. In this article we will focus on training methods that can be applied to both a novice trying to take it to the next level, or an advanced bodybuilder near their genetic limit wanting to get the ball rolling again. It is very easy to fall in love with any method, and deem it the “only way I grow.”

A common trend among bodybuilders is to fall in love with the method originally used to break through their first major plateau, simply because this is the protocol that yielded the most impressive results. Despite its necessity, it is hard to leave the comfort zone that a time proven method provides; the following are a few ideas that can help revitalize a routine gone stale.

Often “cheating”, by using slight deviations from the prescribed movement, can aid in creating more overall overload. Curls or lateral raises with some swing, or a bench press that is not brought down all the way to your chest are examples of this. These techniques are best left to advanced lifters, and those who generally have a solid understanding of biomechanics. When you “cheat” you must understand which exercises allow for a safe deviation from the prescribed kinesiological pattern.

It is highly recommended that a beginner first learn how to perform their sets in a strict manner in order to promote the correct neuromuscular patterns. Slight variations in form can be added to movements once the correct biomechanics are learned.

Almost immediately upon commencing training, we realize that some muscle groups seem to respond better than others. While some muscle groups tend to progress quite easily, others are left behind despite your best efforts. Adjusting your training so that these muscles get hit when you are at your freshest is a great idea. This can be achieved by training lagging body parts in the first workout of the week, or by prioritizing certain exercises earlier in individual workouts. For example, a bodybuilder who lacks in the hamstring and glutes department would start his lower body days with deadlifts, and leave quad dominant work for the end. Also upping the workload on lagging muscle groups and in turn lowering the workload on body parts that grow more rapidly is a great idea. Reducing your workload can be scary, but remember, maintaining is easier than building.

You can roughly cut the workload in half for your dominant muscle groups without seeing any atrophy. Considering you grow well in these areas, you may still see some continued improvement.

The initial concept of pre-exhausting a muscle group was the sequence of targeting bigger, more powerful muscle groups with an isolation exercise, followed by a compound exercise for the same muscle group. The idea was to push the desired muscle past failure to stimulate growth. However, it has been found that this method simply causes the synergist muscles to have to work harder on the compound lift, resulting in less stimulation in the desired muscle. An example of this would be performing a fly movement and following it up with a pec-dominant press. Normally this protocol would be followed to increase stimulus for the chest; however now we know this would actually be an effective way of training the triceps. In the prior example, the pectoral and anterior deltoid muscles are pre-exhausted and the triceps are forced to take up more of the workload.

In this way bigger, stronger muscles are not limited by smaller weaker muscles because the stronger muscles that are last to fatigue have been pre-exhausted. Remember, use of this technique is advised on days when you are not handling near-maximal loads.

Also known as the “rest pause” technique, this is defined by taking a short break before completing any remaining repetitions. This technique allows you to push past momentary failure by stopping for 2-5 seconds between reps. Another variation is completely stopping the exercise and then continuing after a 10-20 second rest.

The rest pause technique also allows those who don’t have a training partner to work past failure.

Holding a contraction in this “sweet spot” places a greater amount of tension on the muscle and elicits more growth. 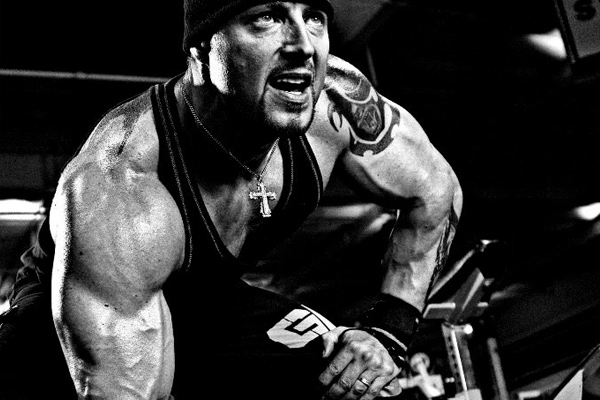 It’s a good way to strengthen the integrity of the structure, and a great arsenal to your training.

Work done within the two to five rep maximum range can help take a physique to the next level, especially for one who has not done much lifting with near maximal loads. Fast twitch muscle fibers have the most potential for growth and are heavily recruited when lifting such loads. Muscle fibers are recruited in the following order: Type I, Type IIA, and Type IIB last. Therefore slow twitch fibers are still active during sets where near maximal loads are used.

Aside from the direct growth that can be achieved through near maximal loads, the weights used in the eight to twelve rep maxes will also increase, so there is plenty of carryover when moving back into more traditional hypertrophy specific rep ranges.

Constantly cycling your training into different phases is the most important thing you can do as a bodybuilder in order to keep progressing. This concept is still fairly new in the bodybuilding community, and many lifters train the same way year round. As a natural bodybuilder muscle growth is not something that is easy to come by. It is a grueling, demanding, and time consuming process. In order to continually progress, we have to focus on doing as many things in an optimal manner as possible.

The last training article you read in that muscle magazine is likely not catering to serious natural bodybuilders. Likely it was written in a “sex sells” fashion for those who are recreational lifters looking for the newest shortcut or for someone who is taking up working out for a month or two, and wants a “fast food” solution. 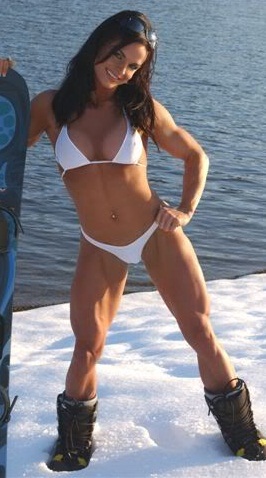 In this article we are also going to discuss optimal methods to organizing your training, a technique more commonly known as periodization. Having some structure to your training will aid you in continually making progress, and will ensure that your hard work will be maximized. Periodization will also help you avoid the revolving door that many bodybuilders find themselves in from time to time when they hit sticking points in their training.

After implementing periodization into your training, getting past a plateau will simply be a matter of evaluating your current phase, and adjusting it. This is a much more effective approach rather than just doing the same thing again, with what is perceived to be more effort than before.

Physical loading will stimulate hypertrophy given that the load is adequate and that your muscles can produce the required force. In order to continually make progress, progressive loading must be introduced over time. Bodybuilders are cosmetic athletes, but performance within the weight room is still important.

Different training stimuli will induce different types of growth and if you are exclusively training in a manner that only stimulates a single type of growth you are selling yourself short.

This is the growth of non-contractile tissue and semi-fluid between muscle fibers. This type of growth comes from work in the rep ranges that illicit the most depletion of sarcoplasm. Sets in the 8-20 rep range will induce this type of growth. While cross sectional area of the muscle increases, there are minimal gains in strength and the density of the muscle fibers per unit actually decreases during training phases exclusively dedicated to sarcoplasmic growth.

This is the growth of actual contractile muscle fiber. This increase in myofibrils and mitochondria makes for an increase in strength along with the increases in muscle size. 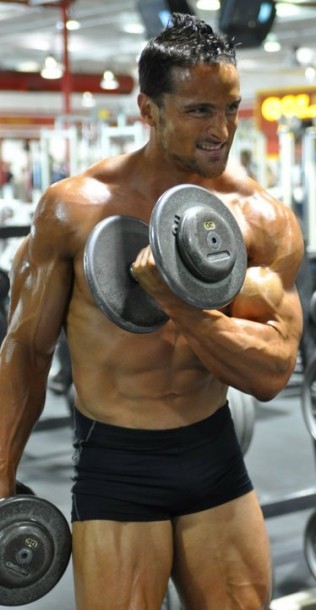 This improved performance also trickles down to higher rep efforts, and you will be able to use heavier weights in the 8-20 rep range.

Muscle is a highly valued commodity to the natural bodybuilder. Often bodybuilders are not willing to leave their current strategy for fears of back tracking, and losing their precious muscle. Unlike most performance athletes, cosmetic athletes don’t have coaches and are thus prone to shooting themselves in the foot. They often make gains, but these gains are not optimal. Success comes not because of what they do, but despite of what they do. With that said, the solution to this problem is in developing a basic structure and organization to training.

All means by which hypertrophy can be stimulated should be taken into account when designing your training program. Be it sarcoplasmic or myofibrillar hypertrophy, a complete approach to bodybuilding should include both or at the bare minimum the maintenance of one while focusing on the other if it happens to be lacking.

It has recently gained quite the reputation for producing results in the elite powerlifting ranks because of its ability to aid advanced lifters in continuing their progress. If you are an advanced lifter I would recommend concurrent periodization, simply because there is a little more overlap than what a less advanced trainee can handle and setting up a concurrent periodization scheme requires experience.

Training with structure that incorporates all methods of inducing hypertrophy is not only optimal for physique development, but also will lend a hand in breaking through the plateaus that arise from time to time. When you have more control over the variables in the experiment, it is much easier to fine tune, adjust and continue progressing. This is done by fluctuating throughout the year from training setups focused primarily on strength development to programs focused on training frequency and volume. Breaking your plateau is not simply a matter of “working harder,” but putting yourself in a position where your efforts in the gym pay off.

You know what they say about doing the same thing over and over again, and expecting different results? Indeed, train the same and go insane, but periodize and you will progress.