Are 50 grams of sugar more fattening than 50 grams of rice? Are whole grains always better than refined grains? 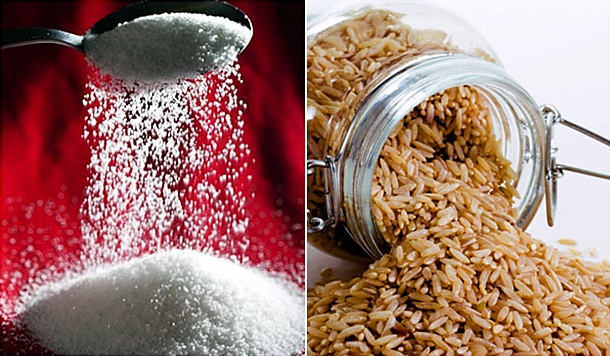 Should you limit your fruit intake to avoid fructose overconsumption? Sure enough, not all carbohydrates are created equal. There are many methods in use to classify carbs and even terms for specific kinds of carbs.

Take sugar for example. Sugar is widely believed to be excessively fattening. That is, many people believe that calorie per calorie sugar is more fattening than other carbs. Others point out all carbs end up as glucose in your body and cite the truism that a calorie is a calorie. Those arguments are often countered by theories involving insulin and the ‘a calorie is a calorie’ slogan doesn’t mean all calorie sources have the same effect on your body composition. Foods differ in their effects on your metabolism and their ease of absorption, which is one of the reasons why protein is less fattening than fat, calorie per calorie.

Rather than having a theoretical debate on the issue, which seems to be what most people in the fitness industry like to do, I’d rather just look at the empirical facts. People know me as an academic, but I’m also a pragmatist and I ultimately only care about results. Since I’m mainly interested in bodybuilding, I will look specifically at the effects of different types of carbs on your body composition.

Before I get to the juicy parts, it’s important to first briefly discuss a few methodological issues. To make an informed decision, it helps to go beyond the “jacked bodybuilders mainly eat rice and people eating sugar are always pudgy couch potatoes, so rice is better than sugar” kind of reasoning. Unfortunately, the vast majority of the research done on the effects of different carbs on body composition is methodologically flawed. Many studies don’t control for the intake of other macronutrients, not even protein or total energy intake, and use ad libitum (Latin for ‘as much as you want’) eating protocols. Much of the research on sugar is done on rats. Instead, we want studies that compare groups of people that are identical in all respects except the source of the carbohydrates in their diets and then look at if these different diets result in different body composition changes.

After delving deep into the clustercrap we call the health and fitness literature, I found some shining examples of science that provide all the information we need.

One way to distinguish carbs is by the simple/complex classification. According to the MedlinePlus Medical Encyclopedia, “The classification depends on the chemical structure of the food, and how quickly the sugar is digested and absorbed. Simple carbohydrates have one (single) or two (double) sugars. Complex carbohydrates have three or more sugars.” Examples of simple carbs include fructose (fruit sugar), lactose (milk sugar) and sucrose (table sugar). Complex carbs, sometimes called starches, include legumes, potatoes, rice and grain products. Note that the simple/complex distinction is completely arbitrary.

Both diets contained the same amount of calories and carbohydrates in total. There were no differences in fat loss or muscle retention. The diets were also identical in their effects on blood lipids. In support of these findings, other studies have found that diets containing different amounts of sugar resulted in the same body composition changes. In a different kind of study, replacing part of a diet’s complex carbs by simple carbs did not result in any changes in body composition. A recent meta-review of the literature on the effects of fructose on body weight concluded that substituting fructose for other iso-caloric carbs does not cause weight gain.

So, for bodybuilding purposes, it doesn’t matter if the carbs in your diet come from simple or complex sources as long as the total amount is the same. 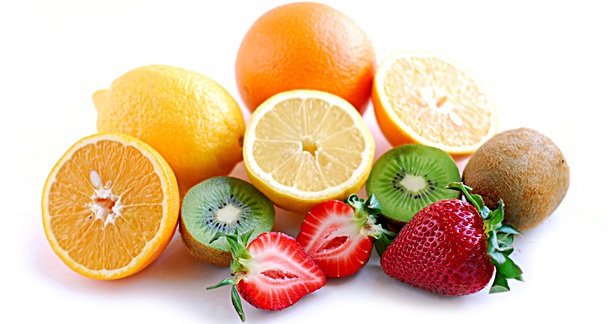 A possible explanation for the above findings is that the arbitrary simple/complex classification of carbs does not achieve what it’s intended to do. As the GI Group reports, “Terms such as complex carbohydrates and sugars, which commonly appear on food labels, are now recognized as having little nutritional or physiological significance. The World Health Organization and Food and Agriculture Organization recommend that these terms be removed and replaced with the total carbohydrate content of the food and its GI value. The glycemic index (GI) is a ranking of carbohydrates on a scale from 0 to 100 according to the extent to which they raise blood sugar levels after eating. Foods with a high GI are those which are rapidly digested and absorbed and result in marked fluctuations in blood sugar levels. Low-GI foods, by virtue of their slow digestion and absorption, produce gradual rises in blood sugar and insulin levels.” An interesting hypothesis.

Note the subtle rhetoric of calling slow digestion a ‘virtue’ instead of a property. It doesn’t really explain the above findings, but at least it’s a physiological measure (the effect on blood sugar). So, let’s see if it holds up in the court of science.

Does the glycemic index of a diet determine its effects on body composition?

A study comparing weight loss diets with the same energy content and macronutrient composition but a different glycemic index (and therefore load) found no changes in muscle retention or fat loss between groups.
Moreover, the glycemic load of the diets didn’t affect appetite as measured by perceived hunger, fullness, compliance and ad libitum food intake. Even markers of health were unaffected, including blood pressure, heart rate, fecal patterns (yes, they measured this), glucose and insulin metabolism (!) and blood lipids.

The only indicator of the participants’ health that differed between the groups was a higher decrease in LDL cholesterol in the low-glycemic load group. If you’re worried that the above may not apply to bulking, these results were replicated in a study of weight gain instead of loss.

A meta-analysis and systematic review also supported these findings and concluded that the effects on health markers were dependent on their initial values. Low glycemic load diets are good for your health if you’re initially unhealthy (like obese or diabetic), but in healthy populations there was no effect. This is an example of a ceiling effect. You can’t fix what isn’t broken, so if you’re already healthy, eating ‘healthy’ foods at some point stops making you even healthier.

If you’re lean, watch your diet and are physically active, it’s safe to say you belong in the healthy category and the glycemic load of your diet has no considerable effect on your health. 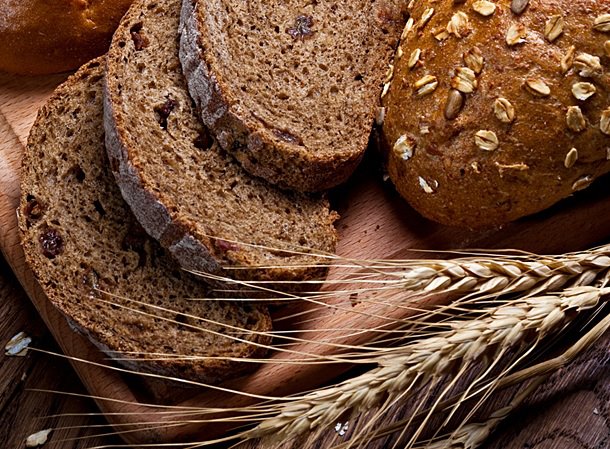 What about exercise performance?

Nope, not even endurance exercise performance is affected by the GI of the food eaten before the training session. Neither do beta-endorphin levels, rate of perceived exertion, heart rate, ventilation, lactate, respiratory quotient and substrate oxidation rate. For anaerobic strength training, the GI of the carbs you eat makes absolutely zero difference in the gym. The whole ‘needing carbs for energy’ thinking is in your head anyway.

Physically, energy is measured with calories. ‘Energy’ in psychological terms is mainly the result of sympathetic nervous system activity and eating carbs actually decreases this.

You could object that the insulin index is really the measure we should be concerned about, but many of these studies implicitly also studied this. Replacing grain products with sugar or white rice with brown rice, as was done in some of these studies, increases not just the glycemic index and load, but also the insulin index. In general, the glycemic and insulin index correlate strongly, with most differences being attributable to the fat and protein content of the foods instead of the carbohydrate content. As such, the above conclusions about the glycemic index also hold for the insulin index. All of this may sound too good to be true for some, but sometimes you really literally can have your cake and eat it too. You can get shredded without limiting yourself to rice as your only carb source. Eating sugar won’t make your six-pack fade away into a tumorous gut if you watch your calories. And you certainly shouldn’t avoid eating fruit or dairy because too much fructose or lactose will make you fat.

That’s exactly the kind of broscience that drives bodybuilders into following obsessive and monotone diets that aren’t healthy in psychological or nutritional terms. 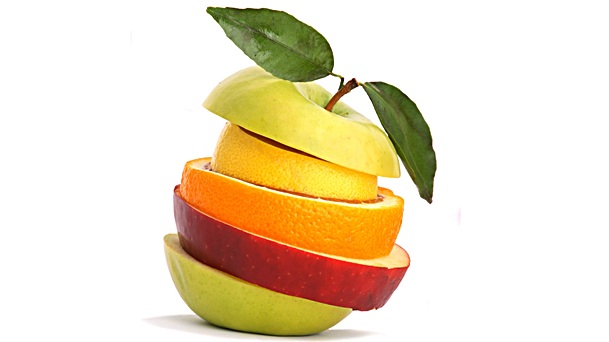 Before you go tell everyone I said it’s ok to stuff yourself with candy, please remember that this article only deals with carb sources at the level of macronutrients. Different carb sources contain not only different macros and different types of carbs, but lots of other stuff as well, notably micronutrients. I cannot stress this enough. Calories from sugar may not differ from calories from sweet potatoes, but sugar still contains empty calories, whereas sweet potatoes are packed with other stuff that’s good for your health. The sugar content and the insulin index of foods is normally irrelevant for bodybuilders.

What matters is what else is in the food. In sum, a carb is a carb.